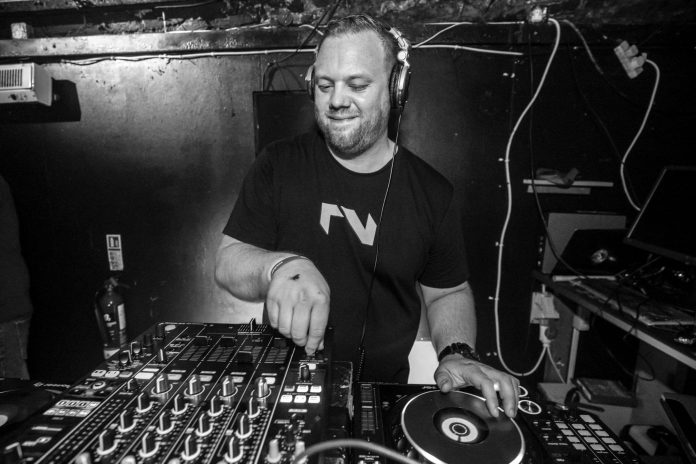 In one of his best productions yet, Robert Nickson creates an 18-track journey of dreamy melodies and cosmic beats on new album Tellurian.

Robert Nickson is no stranger to trance lovers’ ears as he’s created quality productions for years while also playing at festivals like Luminosity and Dreamstate SoCal. He has constantly proven to be one of the most impressive trance producers in the game, with an incredibly humorous merch line to boot. Now, he’s taken us to a state of trance bliss with his latest album, Tellurian.

While the album might be titled Tellurian, meaning inhabitant of Earth, Robert Nickson has given us a piece of work that is totally out of this world. With over an hour of smooth melodies and varying BPM’s, this modern-day Gustav Holst depicts an adventure throughout space and time that is unforgettable.

Spanning different genres, the album evokes the mysteriousness of traveling to other worlds and galaxies by weaving together silky smooth chords and bright melodies. All this to say, Tellurian is one of the best to come out of the uplifting trance genre, and knowing Nickson, this isn’t off-brand for him to create such an elaborate masterpiece.

Throughout the release, he lets his celestial fascination that was previously seen in tracks like “Somewhere In Spacetime” and “Touchdown” shine as bright as his perfectly crafted melodies. Track titles like “Oort Cloud” and “Iridium Flare” immediately let me know this was going to be an adventure to remember. From the first track, right down to the last dreamy chord, the album was a perfectly crafted, otherworldly escapade.

Take a trip to other worlds with Robert Nickson by tuning in on Spotify below or via your favorite platform and read on below for my take on this grand adventure!

We begin our journey with “Arecibo”, a short intro, into the banging track “Iridium Flare”.

“Arecibo” launches off with vocal samples from the Voyager Golden Record and speak about coming from Earth as if talking to an extraterrestrial in space. Immediately after is one of my favorite tracks and sure to be a huge hit on the dancefloor, “Iridium Flare”.

An Iridium Flare is the term for satellites flying through space, reflecting light back, and seen by those on Earth. The track is just as incredibly magical and breathtaking as seeing it in person. A strong 138 BPM beat fill the ears, making the body unwillingly move to the rhythm. Soaring melodies fly through the song with a strong counter-melody playing throughout the track and leaving the listener on an uplifting note.

Nickson explores other genres with “Feed My Soul” and “California”.

“Feed My Soul” gives us an entirely different side of Nickson. Blending live percussions and a piano in the background provides more of an indie-rock feel. Singer Thea Riley lends her smooth voice to the track making it incredibly relaxing and dreamlike as if watching the sky on a starry night.

One of the most impressive tracks on the album, “California,” leans heavily on the progressive side, as he slows the BPM down and focuses more on arpeggios. By including atmospheric sounds on this track, Nickson has made it very easy to listen to and offers a floating feeling for anyone who tunes in.

Continuing the progressive feel, Nickson teams up for the first time as RNX with the incomparable Vintage & Morelli on the track “Lonely Shore”. The song’s melody centers around a guitar, cascading with a driving beat and a strumming bassline. Arielle Maren lends her voice over this fantastically crafted melody and lyrics evoking loneliness and sadness. The track softly breaks down focusing on the airy guitar and vocals and ends ever so lightly easing us into the next track.

Breakbeats bring in another fast-paced track, “Gridlock,” and a quick bassline starts off “Journey To The Deep”.

After three progressive oriented tracks, Nickson picks up the pace yet again for “Gridlock” and “Journey To The Deep”. On “Gridock,” happy melodies ensure everyone moves their feet. High-pitched synths, major chords, and syncopated rhythms made this track stand out a lot for me.

Moving on to “Journey To The Deep,” it is easy to tell that Nickson wanted this to be one of the highlights of the album. A driving beat and fast arpeggios combine with a moving bassline to make us fall in love, and the track does that in an effortless manner. Hearing the minor chord structure, the song paints a dark and mysterious setting, like traveling through cold dark space.

Highlight track “Jupiter” provides nothing but gorgeous melodies to immerse ourselves in.

As if seeing with our ears, our pilot paints a vividly gorgeous picture of the largest planet in our solar system, “Jupiter”. Starting quietly, the melody builds and intensifies, as synth lines swell like strings carrying aloft the main melody. Drums come in, providing a large explosion of sound as big as the giant planet itself. Holst himself would approve of this track’s title as the bringer of jollity. Massive as it is, it produces an incredibly euphoric end emphasizing the happy melody first introduced in the beginning.

The powerful vocal track “The Way That U R” marks the midpoint of the album.

“The Way That U R” is a fantastic vocal track that he first dropped in August 2019. Ellie Lawson lends her vocals to the track which adds a nice touch. Despite repeatedly hearing this since August and it remains as one of my favorite tracks of his to date and clearly a smash hit on the floor.

Tracks “St. Kilda” and “Made Of Stars” show the world Nickson is a progressive powerhouse to be reckoned with.

Nickson returns to the progressive realm on the next track named after an isolated archipelago in the UK, “St. Kilda”. Sultry, silky, and fun this track is. The melody line is fantastic, and from beginning to end the driving bassline is super catchy.

“Made Of Stars” gives a more ’80s feel with fast monotonic notes and retro chords at the forefront. I love it when artists go outside their regular productions and still make quality music. It won’t be surprising to see these get re-released on a huge progressive label like Z3 or FSOE Parallels.

Nickson teams up with M.I.K.E. PUSH in “Blue Encounter” and takes us back up into space with chill-out “Space Traffic Control”.

There is plenty of diversity throughout this album, but these two tracks back-to-back really put that on full display. “Blue Encounter” capitalizes on a faster BPM and takes a bit of a psytrance turn. It includes some great synths and percussion that even extraterrestrials would enjoy. Cleverly titled “Space Traffic Control” slows thing back down as the euphoric interlude-like track only features spacey melodies and chords with no percussion.

Dropped ahead of the album drop, “Gravitation,” is next and Astroleaf joins for “The Journey”.

Now 14 tracks into Tellurian, I’m already in a euphoric state and get the feeling of exploring space and time. “Gravitation” is a great track and yet another favorite of mine. I get an old-school Tiësto “Elements of Life” era feel from it, which brought a huge smile to my face when I first listened to it. Undoubtedly anyone who’s been a trance fan for ages will get the same feeling, along with that same smile.

Contrasting with “Gravitation” is the vibe of “The Journey,” which gives off a sort of a nostalgic Owl City feel. On “The Journey,” Astroleaf lends his incredibly unique voice which carries the track forward beautifully. Major chord progressions and wispy synths make this song easy to close your eyes and drift away to.

Merging into the last section of the album, we have two fantastically uplifting bangers back-to-back: “Maya” featuring Re:Locate, and “Oort Cloud”. These tracks are great examples of why I’m such a huge fan of uplifting trance. Listening to “Maya” and “Oort Cloud” you can’t help but smile and dance as the chords and fast-moving synths send you into a heavenly frenzy. Melodies and counter-melodies float throughout both tracks to bring a fuller sound, as 138 BPM beats bring in a gorgeous bassline sure to uplift all spirits.

Nickson brings the masterpiece to a close with a terrific closing track, “Earth Rise”.

Galactic sounds fill the ears as the album comes to a close. The last track is nothing but chords and melodies, depicting the starry abyss that is our galaxy. The track is filled with immense wonder and pulchritude and closes one of the best trance albums that I’ve ever heard.

Tellurian is such a great example as to why Robert Nickson is one of the best trance producers in the scene.

It takes talent to span across multiple genres and maintain a well-produced, quality sound. Every second of this album is enjoyable and the captivating experience it provides for all listeners is incredible. Very rarely does an artist astound with an album that’s so intricate in its beauty that it takes one to a completely different mental state, and I confidently say that this album does exactly that. If I could give the album a standing ovation, I wouldn’t hesitate for a second to do so! 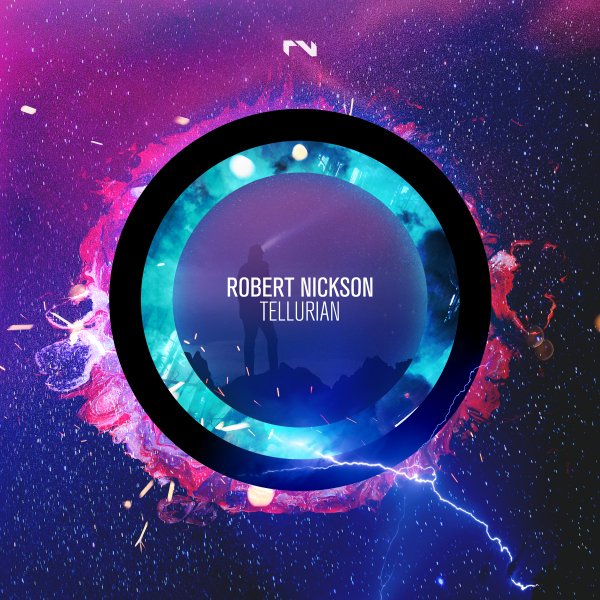