After tickets sold out quickly for many of the dates on the Cube V3 Tour in the initial sale, deadmau5 has released more opportunities to catch his latest mindblowing stage in person!

As one of the most renowned artists in the electronic music scene, deadmau5 continues to leave crowds impressed on multiple fronts as his releases and productions pack a serious punch. While he’s definitely left a lasting mark with some of his more recent musical productions, it’s the recently debut Cube V3 stage that has caught the eye of many.

After months of teasing the stage on social media and giving fans a look at the inner workings and design process, the Cube V3 emerged in a massive way at Ultra Music Festival in Miami back in March. His most stunning design for the stage yet, the cube creates an entirely immersive experience that you’ll definitely want to see for yourself if you’ve caught any of the previous iterations of the stage.

Paired with the debut was the announcement that the Cube V3 would be going on a cross country tour that featured dates in cities like Los Angeles, Dallas, and Brooklyn along with iconic venues like Red Rocks in Colorado. In response to many of the shows selling out quickly, deadmau5 added some dates to the tour so that even more people can witness the brand new design firsthand.

Two extra dates were added for Los Angeles, Brooklyn, and Boston, along with another show in Philadelphia and Red Rocks. Fans of his in Detroit will also be pleased to see that the Cube V3 will be heading to their city on October 18 at The Filmore as well.

Tickets for deadmau5′ Cube V3 Tour are available now and can be purchased by heading over to CubeV3.com. Grab them today and let us know which show you’ll be attending in the comments below! 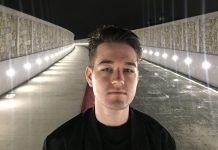 Sysdemes Returns to mau5trap with the ‘Inertia’ EP 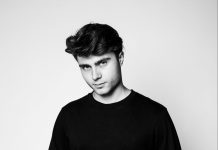 Exploring “Somewhere In Between” with EDDIE and Colleen D’Agostino