deadmau5 Returned to Belly Up Aspen with “The Other Cube” 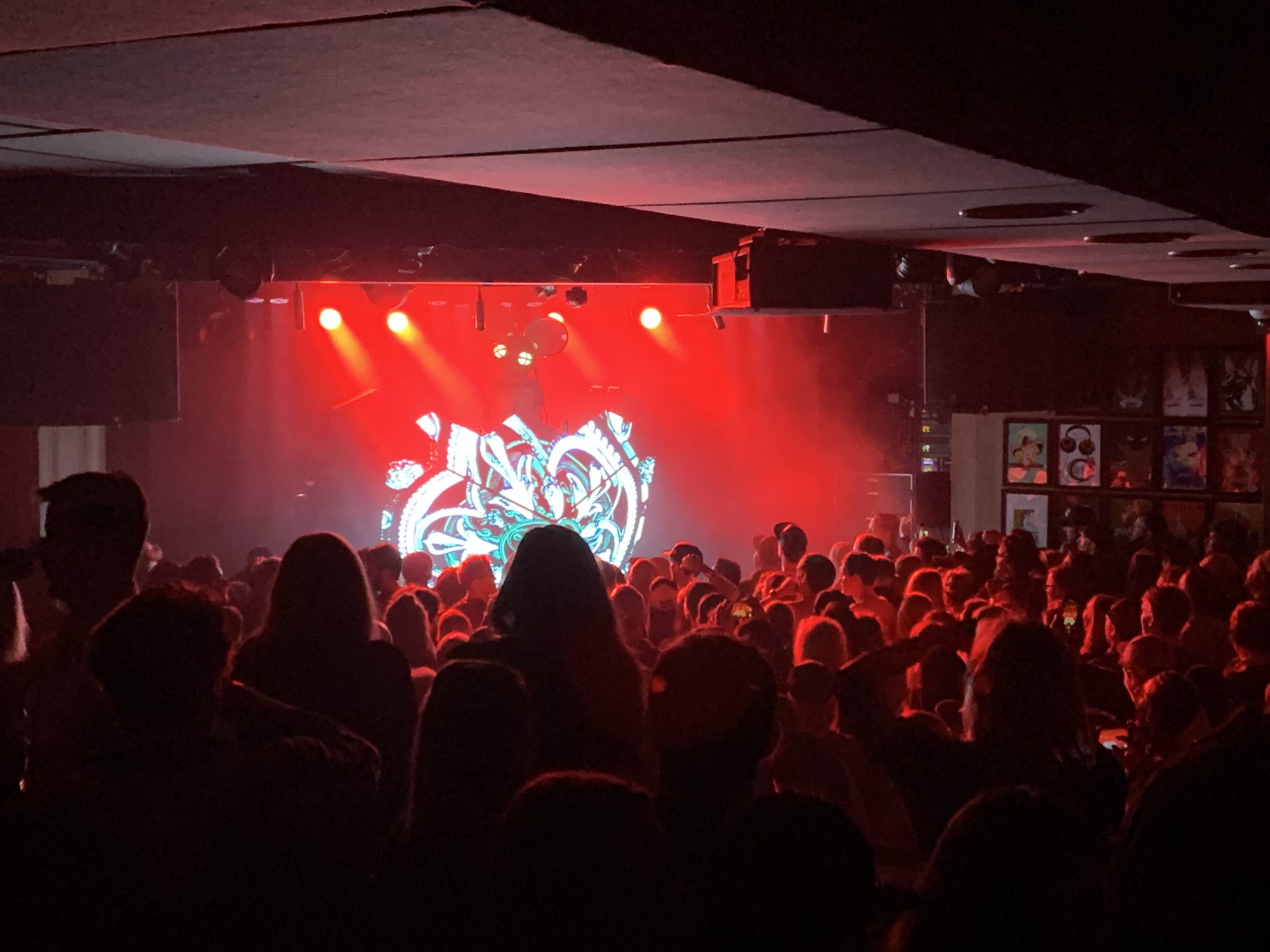 deadmau5 rocked the intimate Belly Up Aspen with “The Other Cube” before heading into festival season!

Legendary artist deadmau5 returned to Belly Up Aspen for a string of shows last month and the one I caught was a night that I’ll never forget. For the performance, he brought his seldom-seen Other Cube, which is an exact replica of his main production Cube 2.1 but far more compact and fit for a small space.

I can’t help but feel a little spoiled by the event. Getting to see one of my all-time favorite artists perform in my home town at a club that maxes out its capacity at only 450 people. At the Belly Up, there isn’t a bad spot in the entire venue, and this show was something truly special.

The “V” shape of the room and multiple tiered levels allow you to have a direct view of the stage no matter where you’re standing at Belly Up Aspen. The always welcoming staff greeted us with a smile as we entered the club, and as usual, the lines for the bar and bathrooms were essentially non-existent. That can be a serious game changer at sold-out club events. This is one of the best tiny clubs I have ever been in, and I am insanely lucky to have it in my own back yard.

The night was hosted by none-other than deadmau5’ label, mau5trap, with Rinzen carrying the opening duties for the night.

As mau5trap always hold house and techno in the highest regard, we were treated to an absolutely phenomenal opening set by Rinzen. He was an artist fairly unknown to me and my friends until roughly three hours before the show when we decided to check out his tunes and were left stunned.

The LA-based artist treated the packed Belly Up crowd to his groovy deep house hits such as “Belly Of The Beast”, “Triumph Of The Human Spirit” and his techno-laden “Exoplanet”. deadmau5 is not the type to put an opener on one of his shows that won’t live up to the level of quality mau5trap is known to provide, and quite frankly I was blown away. The track selection from beginning to end was superb, laying down a damn near perfect opening vibe for the mau5.

As Rinzen faded out his closing track without saying a word, a silhouette appeared behind the controls of the cube. It was time.

Joel Zimmerman took command of the sold-out Belly Up right out the gate. The speakers filled the room with the pulsating intro of “Polyphobia”, a personal favorite off of his latest EP Mau5ville: Level 3. It’s actually a spin-off track from mau5ville: Level 1, using an iconic synth sample from the smash hit “Monophobia”. It was the perfect way to kick off the set.

Throughout the first 45 minutes of the set, track after track stemmed from his techno alias: Testpilot. Despite not recognizing a single song by name, I could not have been happier with his selections. The packed club didn’t miss a beat as the crowd bobbed their heads to the masterful kick-snare rhythm.

As the night went on, the next track that dropped is one that is unmistakable to deadmau5 fans, the cult classic: “Ghosts N Stuff”. Covering all the bases, tracks like “Strobe,” “Imaginary Friends,” “Snow Cone,” “Drama Free,” “The Veldt,” and others filled out the nearly two-hour set with nothing but deadmau5 hits.

Since deadmau5 is not on a major tour it was quite the surprise to see his name came across Belly Up’s calendar, and I’m glad I was able to attend.

With a headlining performance at Ultra Music Festival in just a few short weeks, bringing “the Other Cube” to Belly Up seemed to be a perfect warm up. Not only is deadmau5 headlining the massive event but he will also be giving them the world premiere of the Cube 3.0. Another major upgrade to his famed cube stage, including mind-blowing new visuals paired with all new light design and new music to boot.

deadmau5 has always held a special place in my heart, and I will always go out of my way to see him. From the very first time I saw him at Red Rocks to the other instances over the years, I have yet to see a bad deadmau5 set. This special night at Belly Up Aspen was no exception and I can’t wait for him to return in the future.