FISHER, Latmun, and more are set to get the party started at Camp EDC this year for the Thursday Night Kickoff Party. Will you be there?

Last year, Insomniac Events gave headliners something extra to be excited for at EDC Las Vegas with the debut edition of Camp EDC. Providing a new level of immersion for the renowned festival, those who made the jump to attend found themselves in a nonstop party that was full of music, activities, pool parties, and more. Of course, there was some extra excitement as well, as the Thursday Night Kickoff Party featured some special sets from top names in the scene.

After bringing the heat (and a little rain at the end), the details surrounding the upcoming edition of Camp EDC have been a hot topic among attendees. Today, we now know a bit more information that will surely get you hyped, as the lineup for the exclusive Thursday Night Kickoff Party has been revealed as its set to feature a takeover by FISHER‘s label Catch & Release!

Related: Check out our full post on Camp EDC for campsite information and more!

Joining FISHER to kick things off will be some awesome artists like Latmun, Melé, Little Fritter, and Mason Maynard. The party will be rocking from 8pm to 3am, so make sure to arrive early so you can get your campsite set up and your dancing shoes on! 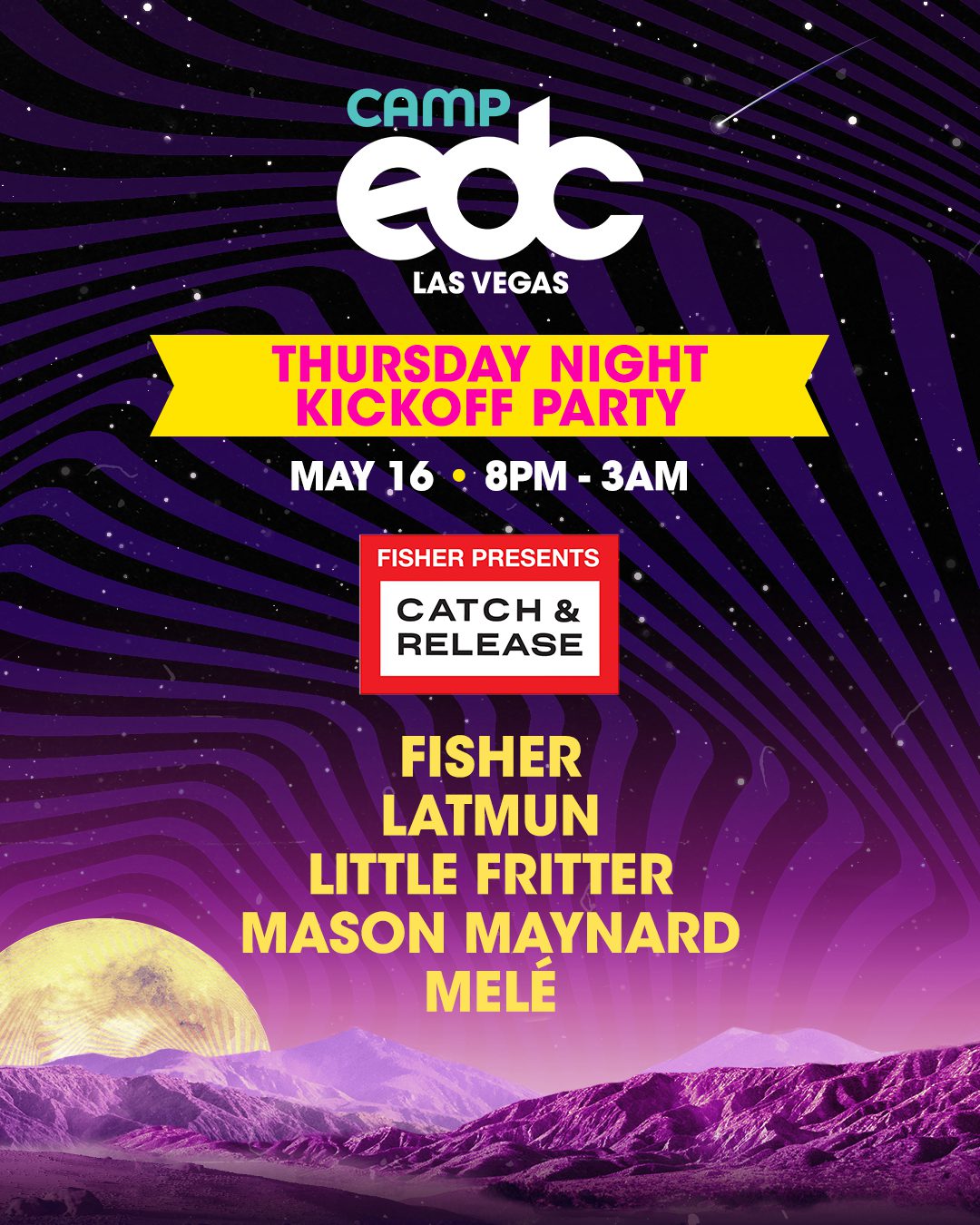 More details about the 2019 edition of Camp EDC will be surfacing in the coming months. Information surrounding the on-site activities, daily pool parties, exclusive amenities, and more are still yet to be announced so make sure to stay tuned!

Will you be joining Camp EDC this year at EDC Las Vegas? Let us know your thoughts on the new experience in the comments below!