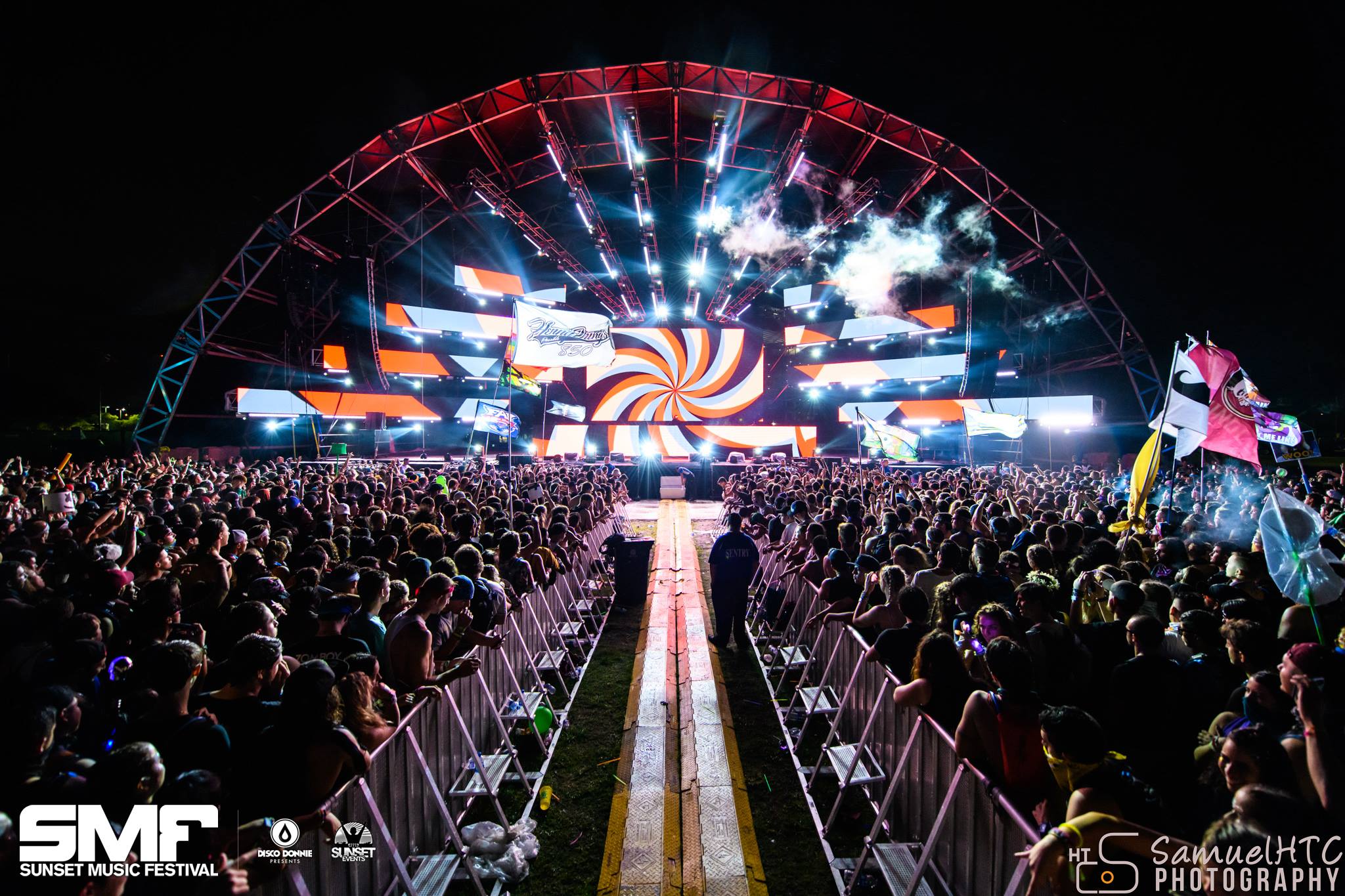 Over the past few years, Sunset Music Festival has continued to make some waves in Florida as it grew in attendance and expanded to two days. Set to return to Tampa’s Raymond James Stadium on May 25-26, the 2019 edition of the festival is already shaping up to be one of the best yet.

Today, the Disco Donnie team has unveiled the first artists who will be taking the stage at Sunset Music Festival this year and it is already packed with some of the top names in dance music. Sticking out immediately are names like Dog Blood (Skrillex + Boys Noize), Chris Lake, Kaskade, FISHER, and Alison Wonderland.

The festival also has a number of Anjunabeats artists that were announced on the first phase of the lineup as Mat Zo, Ilan Bluestone, and Gabriel & Dresden, who will be serenading crowds during the stage takeover. Dirtybird fans in the region will want to flock to this event as well, with artists like Walker & Royce, Will Clarke, Steve Darko, and OMNOM set to play.

Disco Donnie hasn’t forgotten about the headbangers in the region either. Some notable names in the bass music scene will be taking the stage like Liquid Stranger, PEEKABOO, and Subtronics, while also teasing a Deadbeats stage takeover as well. Check out the full phase 1 lineup below and stay tuned as there are plenty more names that are set to be announced in the coming months! 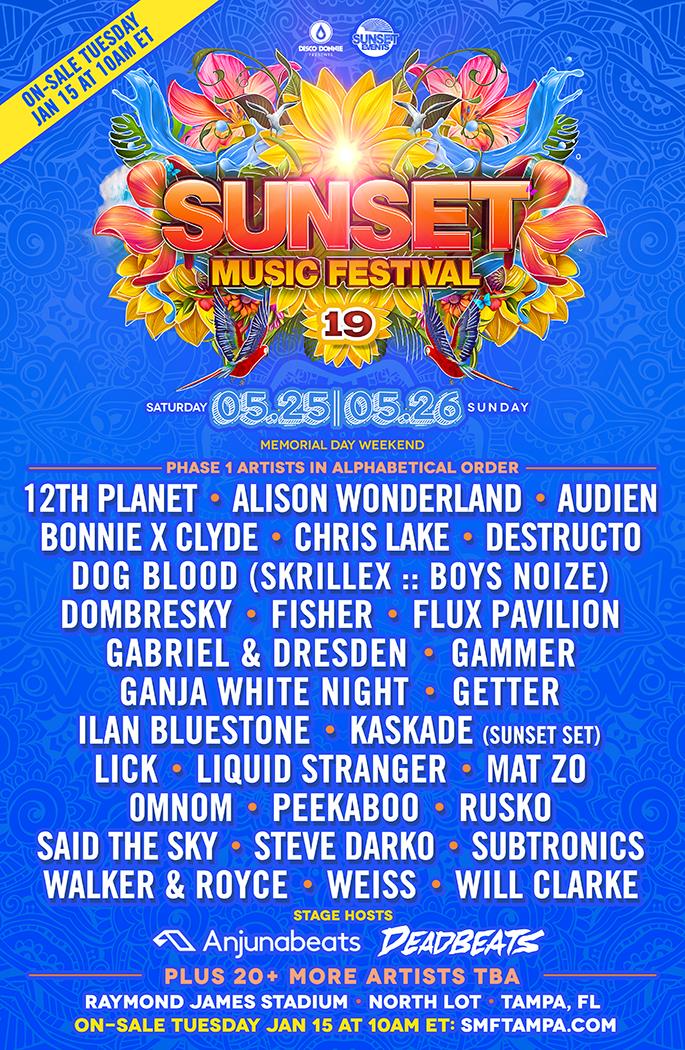 Stage takeovers by: Anjunabeats • Deadbeats +20 more artists to be announced!