The State of Dreamstate: Opportunities for Growth 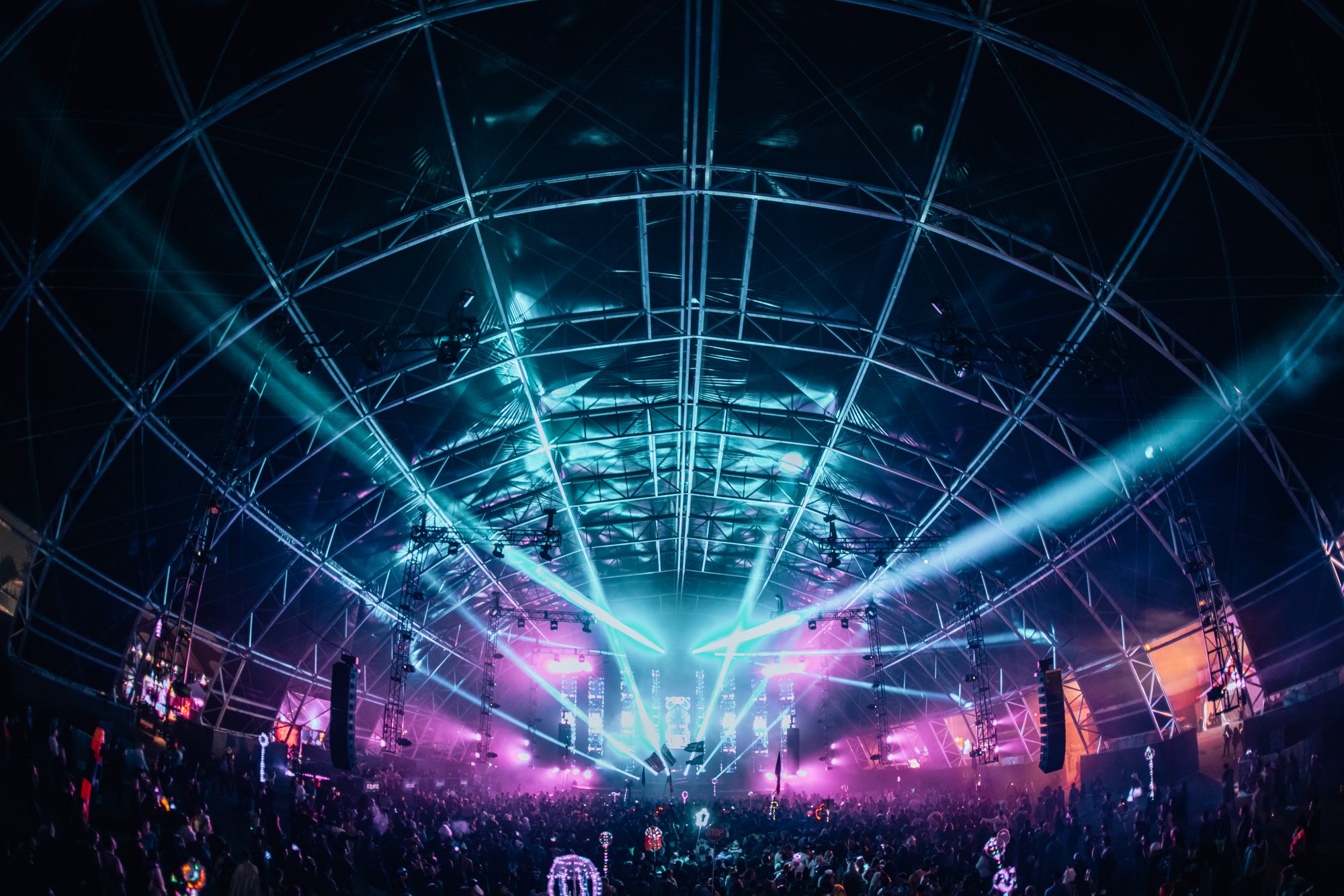 Dreamstate has many opportunities for growth that it might be missing out on.

Just a short time ago, Insomniac Events wowed the US community with the first Dreamstate festival – a two-night, single-stage ode to all that is trance music. It was the banner fans could finally rally behind in the United States – the US finally had something to call its own, right here, for the hallowed sounds of trance music. For us in the United States, it was a beacon to the shores of trance done in the way only America could do.

This was not Luminosity on the shores of The Netherlands or Transmission in Prague; it was us doing what we could to share our favorite genre of dance music with the masses.  In the blink of an eye, Dreamstate exploded to four stages and over 50 artists each day. It shocked the senses and opened the door to new names and talent because of its multitude of stages. It offered a launch pad for new experiences and a wider reach into the broader community. Friends from around the world – trance families that never looked at the US as a market – flew in to hoist their banner in support of the brand.

And yet – something’s fallen off. There’s a piece of the puzzle missing after that massive growth. The event is still altogether amazing – well organized, featuring great talents, and catering to two days in November where little else could survive in the music landscape. The stages remain bright and captivating. It caters to unique opportunities too. This year’s dueling back-to-back sets at The Vision stage on Saturday were a testament to how amazing Dreamstate can be. However, for this lifelong trance fan, the concept, not even five years old yet, feels a bit stale in its execution.

Dreamstate felt like an experience during those early editions.

When we first descended into the #Trancegiving festivities, the names represented an experience that was way out of the norm for US festivals despite feeling intimately familiar. The stage blended styles of trance music together. From the higher beats per minute of uplifting trance to the wandering melodies and lyrics of vocal trance to the squelches and distortions presented by psytrance with a dash of its little brother goa trance.  It was part of the magic of the night’s programming that continues to captivate the crowd’s memories.

That unique ability for artists to blend into each other’s sounds really felt like an experience. It may not have been orchestrated perfectly – sticking certain talents known for high-octane trance early makes for an awkward dynamic – but it grabbed people’s attention, nonetheless.

Now, though, it feels as though the magic has been lost. Artists are back to being programmed in slots based upon popularity, a common trope of the American festival, and the magic of progression has disappeared. For example, opening with the banging beats of Will Rees or Ciaran McAuley just made the rest of the night progress awkwardly. There’s significant opportunity to make the night flow better.

Diversity should always be the key that unlocks the doors of your brand.

This year’s organization of talent was perhaps the most uninspired yet. That’s not saying the talent booked was poor or uninventive. As I stated earlier, the plethora of back to back sets rocked the senses of many attendees. Whether it was the debut of Heatbeat at Dreamstate with Chris Schweizer, the return of Sied van Riel to the US with Sneijder, or the Dreamstate debuts of Lost In Noise, Gentech, and Astrosphere, the dynamics of the diverse talent during that day offered a great experience for the festival.

Outside of that single stage on a single day, however, it does show that the talent slotting was uninventive or, in another manner of saying, it was simply too easy to predict where and when the talent on each stage would be slated. I understand that Ferry Corsten’s System F performance, Gareth Emery’s Laserface, or Paul van Dyk deserve the grand stage known as The Dream. I’m happy seeing talents like Alex di Stefano, Ciaran McAuley, LTN, and Ruben de Ronde get the chance to wow the masses.

Yet, I’m also exhausted seeing Cosmic Gate, Markus Schulz, and Sander van Doorn at seemingly every Dreamstate lineup whether it’s in SoCal, or EDC Las Vegas, or San Francisco. In a region owned so heavily by the brand, you have to space talent out. Wouldn’t it be interesting to see how Alex di Stefano would close out The Dream? Would it not be cool to hear the Arkham Knights rock the witching hour of midnight? Flip the script and offer something new.

“Stale” talent doesn’t open any new doors when it repeats so often.

I firmly believe that talent needs to be rotated to keep crowds fresh. I love a ton of artists on this year’s lineup, but I really want to see new names I don’t know, too, or old legends still rocking the beats worldwide that may not get the biggest stages because people never get exposed to them.

Festivals and club nights used to be the formula for this. A genre-dedicated festival offers the ultimate chance to expose fans to other names. Where are the legends like Johan Gielen (who even helped re-launch ID&T’s Trance Energy brand), Ali Wilson, Tempo Guisto, ReOrder (who is dropping a new album this year), Woody van Eyden, Paul Webster, or Ronski Speed? With some of the names on last year’s lineup, there’s plenty of room for these talents–maybe even Greg Downey, Mauro Picotto, or Magnus?

Where are the people signed under the Raz Nitzan organization like Rafael Frost, 4 Strings, or Hazem Beltagui, or the Russian trance acts like Roman Messer or Alexander Popov? Maybe Kyau & Albert since they have dropped new albums? Does Maarten De Jong not warrant a chance? Where’s Arnej? Do the uplifting sounds of the Abora Recordings artists not warrant some space in a lineup? Is it just me that sees this lack of bringing in new talents that may not get much exposure but are known for their efforts the world over? At least the back to back with Kristina Sky offered a new female name to the US audience with Orla Feeney.

In the past, there have been some diverse choices added to the lineup.

Bringing back Judge Jules for a classics set was fun, for example. Let’s do that again with Marcel Woods, who played at Luminosity this year! Dreamstate brought Orkidea to a wider audience by stepping up the variety and they booked Marco V to grab some of the classic fans in last year, too. This year, it just feels like we stepped backward in creatively cultivating the culture of trance.

The dilemma of psytrance in American festivals…

I heard a lot of comments about the lack of variety on Dreamstate’s flagship event that I must bring it up. For a genre filled with years of history – Hommega has over 20 years, and Christopher Lawrence and John ‘00’ Fleming help define the genre to the masses – it sure seems like Dreamstate might not be sure who to take a chance on. Maybe they could reach out to the community for help. If there is one thing that makes the Trance Family different than other fan bases, it’s the overt willingness to open up and help others.

As that is the case, touching base with Christopher Lawrence, John ‘00’ Fleming, Magnus, and others to help cultivate talents from their deep pools of trance as part of their record labels might help. I’m sure they’ll have plenty of options to provide. One artist I can cite right now that I’d love to see out here is Zyce.

There was one fairly glaring omission at this year’s Dreamstate: progressive trance.

There is perhaps the most under-served sub-genre of the trance machine – the progressive end – that was very absent at this year’s event. This is where people like Hal Stucker (an alias of David Forbes), Shingo Nakamura and the Silk Music crew, the artists of Pure Progressive, and a wide grip of Japanese artists, like those under Otographic Music, make their home in the genre. Should they not get some attention as well? I’m excited that LTN along with Robert Nickson and Driftmoon as Astrosphere got to strut some during the second day of the festival, but where are Denis Kenzo, Active Lymbic System, or the Forerunners? By including some of these styles, Dreamstate can help the programming issue and make a more dynamic experience.

I realize Dreamstate is a brand and a business that needs to make money. After the explosive growth that the event saw the last few years, maybe it needs to take a moment, breathe, and find its footing. There is nothing wrong with that at all. In fact, power to them for seeing what works best in their court.

They reached far and wide very quickly with events in the UK and Australia and will touch down in Poland soon, after having one session in the UK a few years ago. They also sponsored a US tour of Paul van Dyk’s when he released Music Rescues Me and have started to brand nights at Insomniac’s premier club, Exchange LA. The brand’s foundation is steady and the fans are strong.

The return of the megastructure, too, offered instant vibes in the chilled November air. I also understand that this year’s event is mired in some steep competition in the Southern California region. The Adam Beyer x Cirez D double dip over the same dates did not help ticket sales, nor did the Solomun show. These might be techno-centered events, but they pull attention away from the biggest trance festival in the US in a cluttered region. Some of the experience was also lost to EDC Guangdong, which also fell on the same weekend and took away performers who typically make the experience more inviting.

That said – if Dreamstate wants the recognition on the world’s stage, they have to break the mold.

Dreamstate must get inventive in enticing people to spend their hard-earned money to attend. Overcoming adversity will solidify their presence. They have that banner in their hands! Yet the festival feels like it lacks a bit of that cutting-edge motif they ran with out of the gate.

Let’s accept the challenge, and combine our passions with the only community that runs family deep! We can graft a new construct for this dance music train. We can ride the wave and capitalize on our collective love for trance music. Live the dream together, today, and become greater than the simple sum of the energies behind each TranceFamily.

In a single statement:

For a genre as deep as trance, we are not cutting down very far, Dreamstate! Break the mold and carry your banners higher! Live the DREAM!

Need more Dreamstate in your life? Check out the livesets post which we keep updating as more surface and relive the energy of this year’s edition!