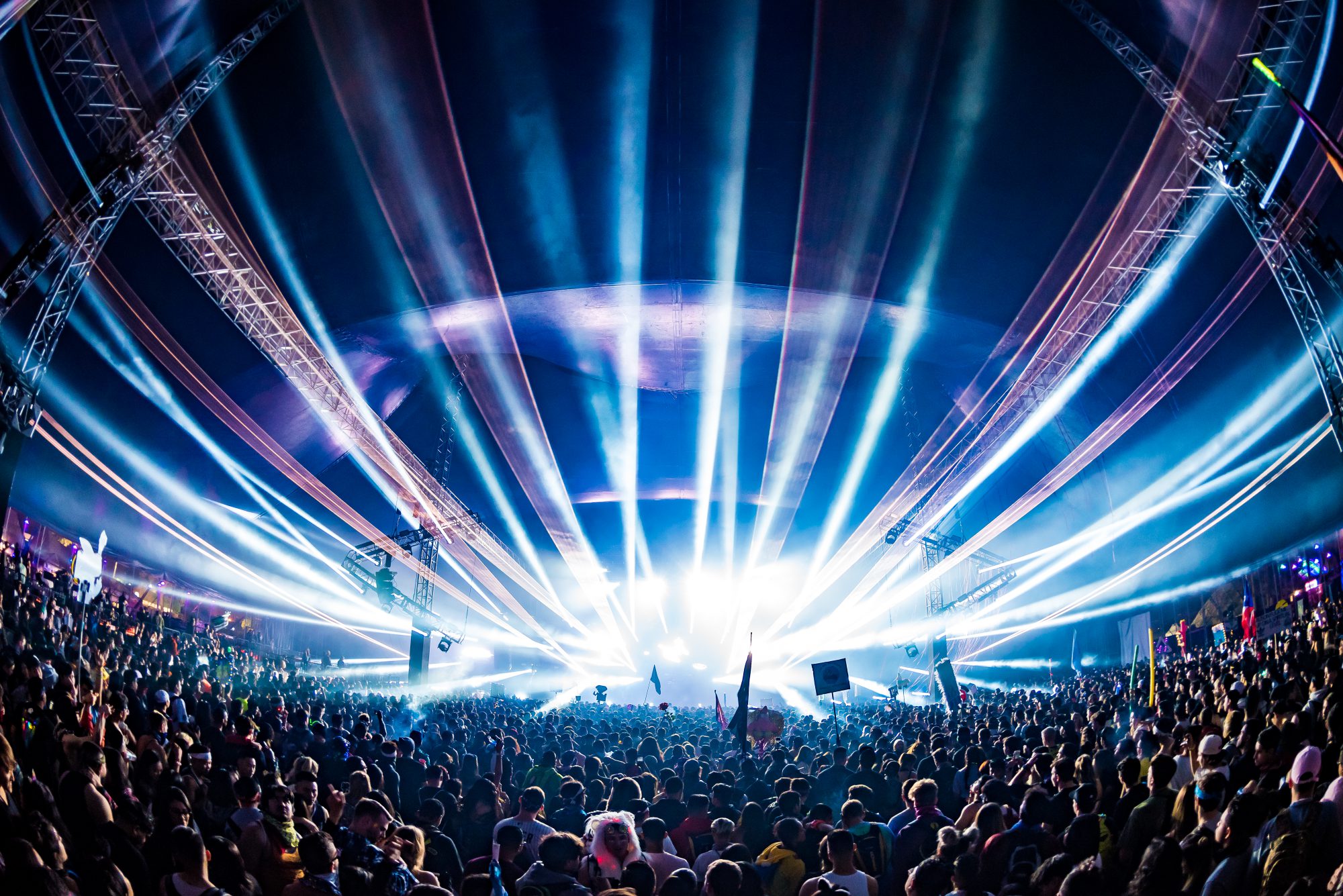 The lineup is out for Countdown NYE 2018 but it has surfaced in an alien language. Did you put your code-cracker skills to the test?

Update Oct. 30: The official lineup has been confirmed and linked below. Looks like the decoded lineup was 100% correct and everyone who helped crack the code should give themselves a nice pat on the back! Will you be there?

After announcing the details surrounding the theme of the upcoming edition of Countdown NYE earlier this week, the hype continued to build as many began to wonder who would be taking us on our trip to 2019. Today, an encoded lineup in an alien language surfaced on their social media accounts, teasing fans even more and giving us flashbacks to EDC Las Vegas 2015.

Instead of a decoder key, we were left to figure things out ourselves based off of words we already knew in the flyer, and Redditors from r/aves along with others got started on piecing it all together. Now, we feel that we have the complete lineup for this year’s edition of Countdown NYE and are presenting it to you today. Read on for what was decoded and let us know if you don’t disagree with the list in the comments!

Anticipated to take the stage on December 31 at the NOS Events Center are a wide range of artists in the realm of house and bass music. Major names like Afrojack, RL Grime, and Dillon Francis stick out immediately on the lineup, and they will be joined by other artists like Zedd, CamelPhat, and Alison Wonderland.

Dirtybird Family members will be excited to see some of their favorites at the festival as well, with Justin Martin, Shiba San, and J.Phlip also included on the lineup. Check out the full list of decoded artists below and see if your favorite has been listed to play the event! 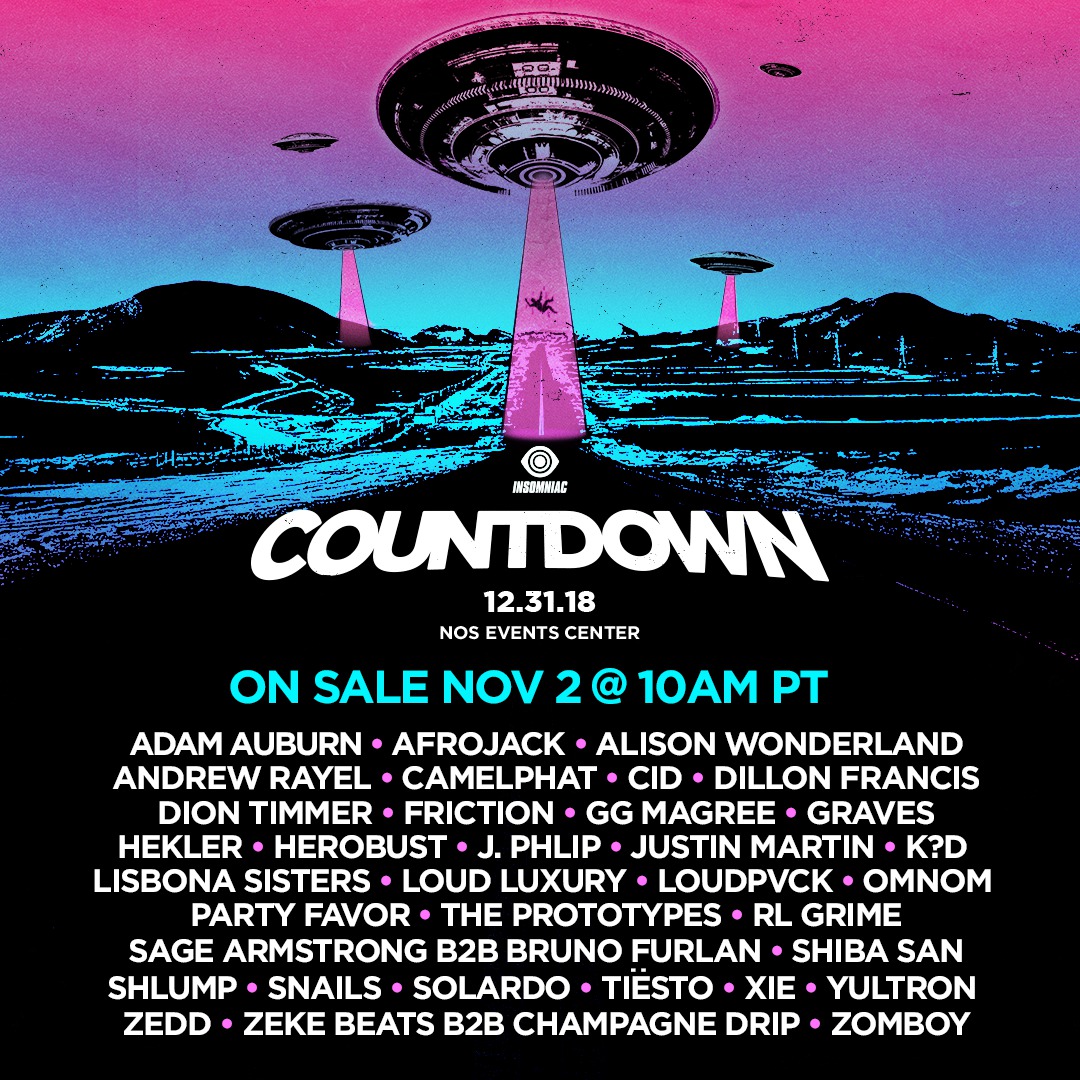 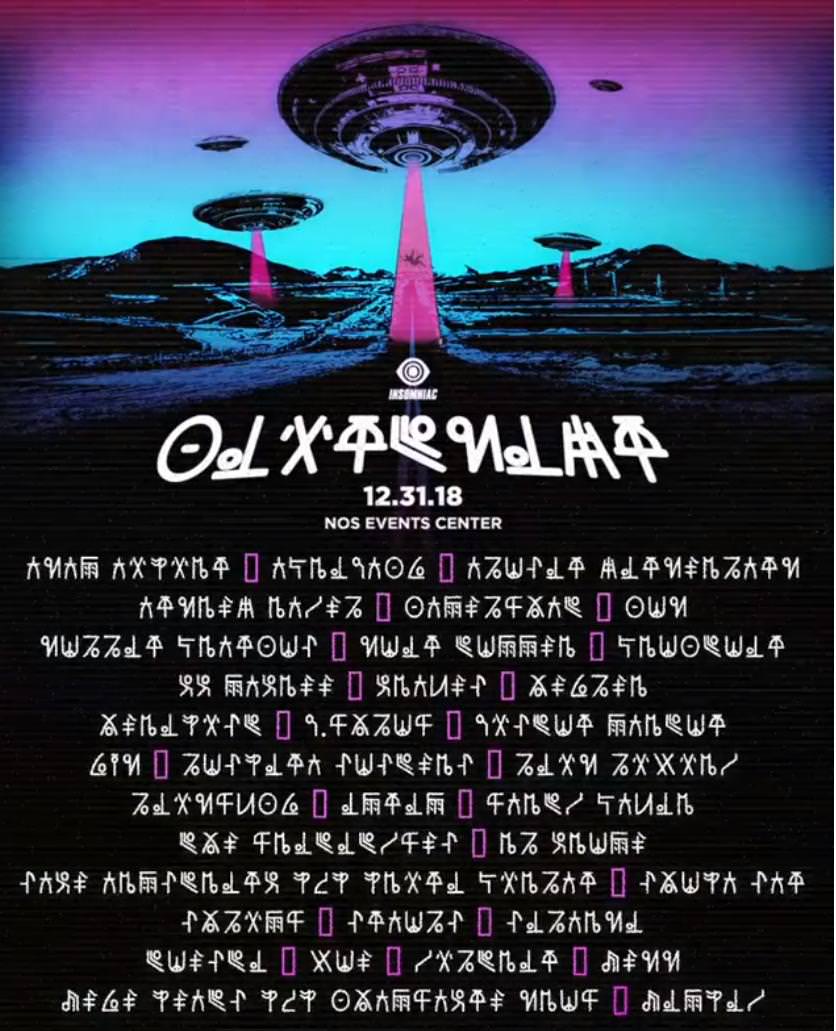