Stylust’s Tidal Wave is an epic seiche of sound that gets heavier as it engulfs your senses from the sound up.

We went Batshit for his last album, and this one drops us all to new depths. Stylust‘s latest EP Tidal Wave features even more deep, heavy grime than one could imagine.

Tidal Wave is a genre-defying release that’s absolutely flooded with deep, rolling bass and menacing grandiosity. It is an aptly named EP that somehow weighs heavier as it progresses. With collaborations with some of the West Coast most innovative bass music artists, it’s almost too much talent packed into one grimy album.

Listen to Stylust –Tidal Wave EP on Spotify, or stream now on SoundCloud:

Tidal Wave opens with Stylust alongside Sleeveless Warrior Kowta in “FLIPPIT“. It’s a deceptively melodic track with an epic feel and that characteristically dank West Coast Bass feel. It kicks off the album slow and melancholic, before it progresses into slow-burning madness.

As he does so well, Stylust carefully blends the old with the new. FLEXXX is a wobbly, wonky classic hip hop, contemporary bass fusion no doubt made to make the subs bounce.

Two of my favorite bass artists merged their talented forces in one wicked track! In “Fortnite” you can instantly hear Pigeon Hole‘s gritty influence through its distinctive, delectably distorted drum pattern and sound design. The track twists into gushy, glitchy grime, maintaining its interest rhythm through till the bitter end.

With ill.Gates and Stylust, one can only expect deep, heavy gnar. “Bottoms Up” is a careful balance of curious sonar blips, chipper chiptune, and merciless wubs. It’s a powerful laser bass track with an expertly produced sonic counterbalance.

With each passing track, I didn’t think this EP could get any gnarlier – and then it does. The album’s title track “Tidal Wave” is Stylust’s own single. It’s complexly rhythmic and incessantly heavy, like physics decided to peace out when bass and gravity fused into one deeply formidable force, forcing you down into the depths.

“The Humans” is what one can only hope for in a collaboration between Stylust and Truth, two masters at their sinister craft. It lures you in with its soft, inviting intro, then throws you off the deep end. This deep, dark track with its whimsically exotic lilt makes the bass face all too real.

Stylust has a way with sound, where he creates an immersive world of through countless layers of carefully crafted bass. His productions have texture, variety, emotion, and raw energy. Upon the release of Tidal Wave, I’m now even more anxious for Styulst’s next live set to hear his heavy artistry on the loudspeakers in its rightful state.

Connect with Stylust on Social Media: 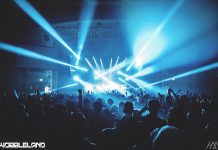 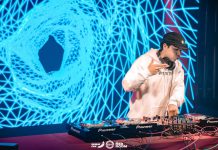 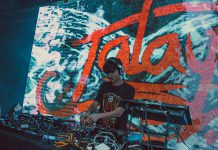