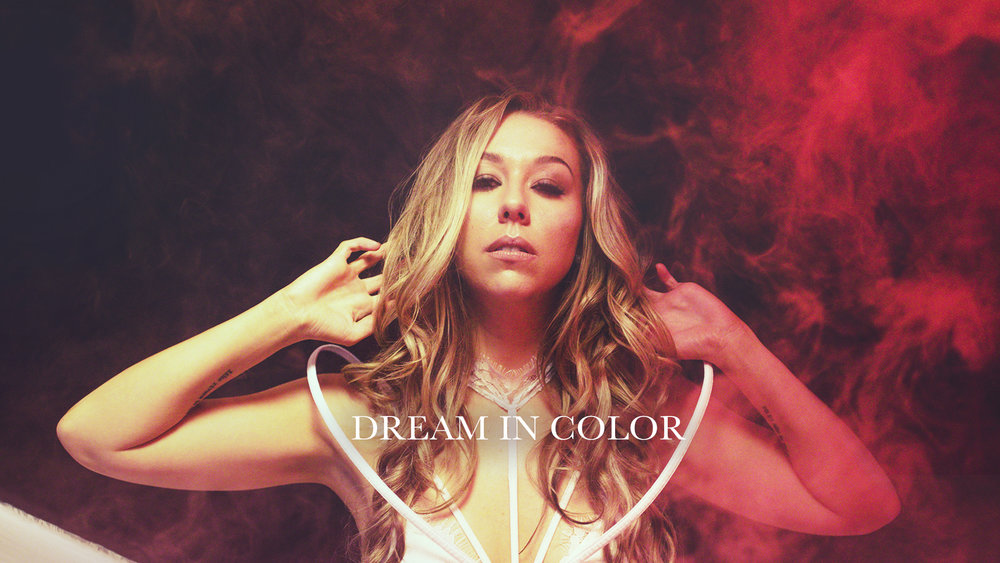 Experience the magic of HALIENE’s “Dream in Color” with her recently released music video!

When we first interviewed HALIENE at EDC Las Vegas back in 2017 she was already making waves in the electronic music scene. In just a short time in the spotlight, she’s collaborated with massive artists such as Ferry Corsten, Illenium, and Da Tweekaz on tunes that have left a lasting impression. She continued her monumental breakout by releasing her first solo single, “Dream In Color” via Monstercat Instinct and now she’s complementing the track with a stunning music video.

Working in collaboration with Jake Williams Creative under Hi Hat Productions, HALIENE’s other-worldly energy and artistic vision resonate clearly in this new production. The video depicts an amazing duality between HALIENE and young actress Kaliyah which paints a vivid picture depicting the song itself in visual form.

Other than the lyrics and visuals, there are multiple different aspects to that entice viewers as well. For example, the melody of the song itself came from her own mysterious production company, The Dream Machine. Additionally, HALIENE is absolutely riveting in her outfit as she worked alongside creative director Dixon to create the one of a kind breathtaking dress.

While this solo song features great instrumentals and a more gentle form of dubstep, we can’t wait to see what solo music material she’ll be releasing next. Watch the music video below and let us know what your thoughts are in the comments!

Support “Dream In Color” on all music platforms by streaming or purchasing her solo track.

“I wrote Dream In Color to be an instrument of healing and inspiration to those caught in the numbness and suffering of a dark and difficult place, to be a light of vivid color in a black and white world. In the music video, we see a duality between me and Kaliyah, where she is me and I am her. It’s like I only exist in her head, and I only come to life through her. We watch her as an artist struggle to free her creativity, to express how she sees the picture in her head, to find her own vivid color. In a fragmented world with barriers and division, it is the duty of the artist to look beyond at what binds us all together beneath the surface, and once we break through the blocks that mostly exist in our own minds, we find the inspiration that comes from spirit, from within, from something bigger than us.”