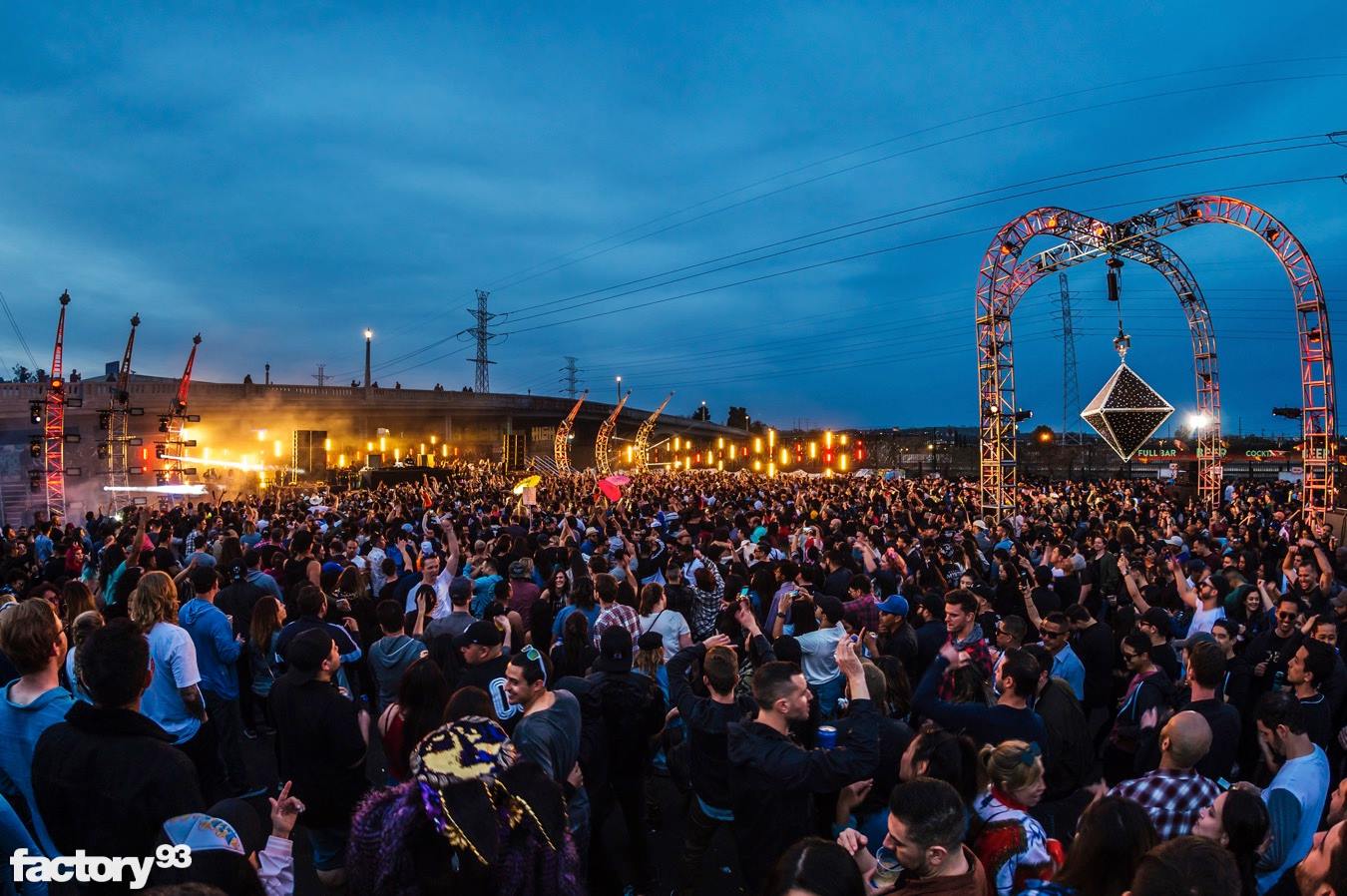 House and techno lovers from near and far descended upon Factory 93 for a party like none other from one of the true kings of electronic music, Carl Cox.

Since their launch at the Insomniac Warehouse in Downtown LA a few years back, Factory 93 has always been a late night affair that brought forth a “back to the basics” mentality that kept fans coming back for more. So when it was announced that one of the legends of the house and techno scene, Carl Cox, would be heading to the now-legendary venue, excitement was at an all-time high.

Bringing a stacked list of talent with him, Pleasurekraft, Jon Rundell, and Brennen Grey, it was clear that the popularity of this show would be at peak levels as it quickly moved through its ticketing tiers when they went on sale. While the discussion about Third-Party Tickets and scalpers can be had at another time, one thing was for certain: this party wasn’t to be missed and the demand for tickets was at an all-time high.

Aside from the fact that it was Carl Cox’s only show this year in Los Angeles and that he was bringing some quality names with him, something else was glaringly different for this edition of Factory 93. With the announcement of the show were times of 2pm to 10pm, which made me take a second look just to be sure my eyes weren’t deceiving me. Upon confirmation, I saw that this indeed would be a day party, and one hosted outside of the building itself.

It was clear that we were about to experience something new and exciting from the Factory 93 brand.

Arriving at the venue on Saturday was much like any other edition of Factory 93 that I’ve attended in the past, but once I was through security it hit me as to just how massive the new daytime space truly was. Standing tall in the center was Factory 93’s signature diamond-shaped disco ball slowly rotating above the crowd, and the walls were lined with different food and beverage vendors.

With it being the first event in the outdoor space there were sure to be some issues, though, and it took the form of the lack of portapotties to use. Lines to use the bathroom exceeded 30 minutes for attendees at peak times and is definitely something that needs to be addressed in the future. Aside from the bathroom issue is my typical annoyance with this venue and high drink prices inside, which were pretty staggering even at event or festival pricing.

The stage itself was minimal but really showed its true power after the sun began its descent beyond the horizon. Lights that were trained to the beats hit on every note, and the booming sound could be heard perfectly throughout the entire space.

One of my favorite features of this urban setting wasn’t actually something that was purposefully intended.

Something many attendees forgot, myself included, is the venue’s proximity to the train tracks that run through the industrial area. Adding some extra atmosphere to the whole show, trains continually passed through during the driving techno sets with cheers from the crowd each time. During Carl Cox’s set, there was even a train that wanted to get in on the action itself by blowing its horn perfectly in sync with the beat, making for a really cool moment.

Although I arrived a bit later than intended, I still was able to enjoy some of the great music coming from Pleasurekraft and Carl Cox, as well as a b2b set from them to close out the night. The crowd was definitely older and more in tune with the underground sound which brought a far different atmosphere than the one I experienced at Ultra Music Festival just a week prior.

Overall, I had an absolute blast dancing away and catching up with friends at this edition of Factory 93.

I didn’t mind the fact that the party was during the day, and as someone who typically doesn’t appreciate the heat inside the warehouse itself, I enjoyed not sweating it out the entire time. With the summer months ahead of us I hope to see this portion of the venue utilized more in the future!