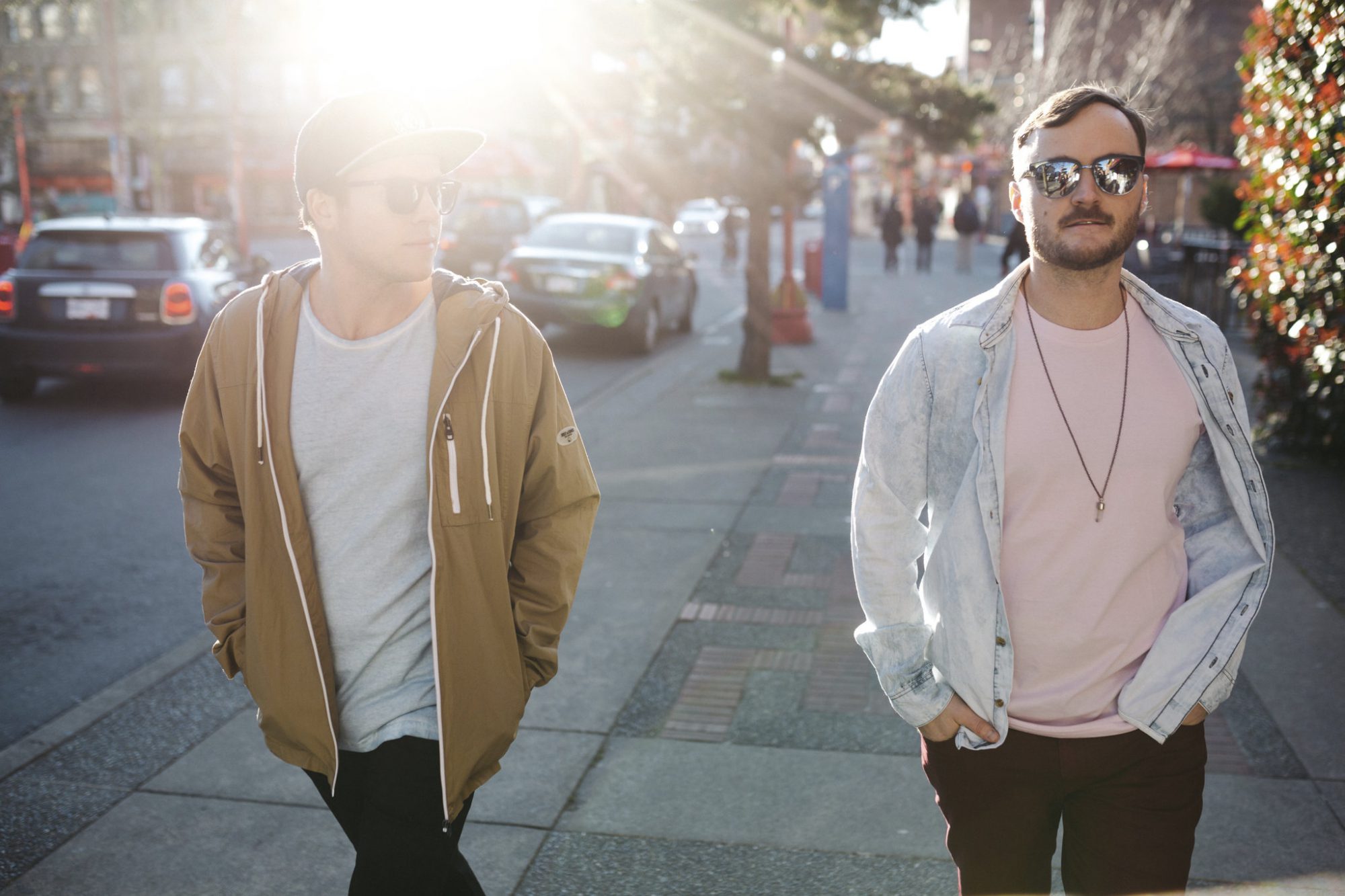 For years, The Funk Hunters have been spicing up the music scene as producers, performers tastemakers, and label directors. Today marks the release of their highly anticipated first full length album Typecast.

Naturally, The Funk Hunters are amazing at adapting to the sound of their collaborators, injecting their groovy touch into each musical landscape. This album is anything but typecast, rather a sonic journey through a myriad of upbeat, soul raising styles.

Its lyrical themes are causes we can all get behind. Love for one another, love for fun, and of course, the love of funk. With Typecast, The Funk Hunters have carefully constructed a soulfully funky, fun adventure that raises more love and intensity with every listen!

The album kicks off with “Hands Up (Raise Your Fist)“, the first single to be released from the album back in October, and one that’s been blasted on countless festival stages. Regardless of how many times I listen, this track just never gets old. It starts off groovy and uplifting, then plunges into that insatiable, stomping beat. The soulful vocals by Leo Napier bring it to the next level and inspire helplessly pumping fists every time.

“Searchin’” lifts us from the opening track to a different stratospheric plane in a light, tropical house, future bassy vessel. The track has a different feel with the touch of Paul Brenner, yet with The Funk Hunters’ groovy, glitchy refrain. “Searchin’” is the first that brings out that romantic, longing feeling. Melancholic, but hopeful and uplifting.

This is where we hear The Funk Hunters in their zone, and it absolutely rips! I genuinely enjoy every track on this album, but “Party Rockin” is undoubtedly my favorite. Its retro, electro-disco sound is very reminiscent of Chromeo or Daft Punk, including its talk-boxy vocals and a complex symphony of quirky noises. It’s so rich with flavor and brings me to an utterly uplifted place. After several dozen listens, I wonder if it will ever get stale.

“Say Something” was Typecast’s first official single to be released, but the second to actually reach the eager masses. Georgia Murray of LIINKS adds another rich layer to the ballad with her beautiful melodic vocals. The collaboration of this beautifully produced track works so well with its poppy rhythm and blues style, groovy full-bodied refrain, and eager lyrics.

The adventure further unfolds to another realm in “Turn Down the Silence”. I wouldn’t have thought that a track with Dirty Radio and The Funk Hunters would be such a magical combination. It’s more on the pop music end of the spectrum, thus not a sound that gripped me at first glance. But its charming, quirky groove somehow became among my top two favorite tracks on the album, second only to “Party Rockin” above.

The second of The Funk Hunters originals is “Soul City”. And the soul is heavy. It sounds like something by Pretty Lights, giving soul a somber electronic energy. The resonant and rain-like atmosphere creates a sense of solitude in a wide, dreary space. Then the song kicks it up a notch about midway, and brings the bass deep, deep down. The saxophone and electric guitar become two lonesome souls commiserating in a whirlwind of melancholic composition. It’s dark and sad but moving – soul music for those whom the other romantic melodies of this album do not resonate with.

I was so glad to see another track with Georgia Murray on this album. Her voice is so soft and soothing and adds so much to each song. “Come My Way” feels more retro R&B, and is pleasantly busy with different resonant samples flowing in and out of sonic range. This follows well with the slow, melancholic soulful feel of the song it follows. And once again, the deep refrain transforms a bluesy song into a slow-burning banger.

Til AM ft Dirty Radio

Dirty Radio brings back the uplifting tropical house touch in “Til AM”. I admittedly wasn’t too into the song’s lighthearted pop sound when it started, until it began to grow on me, then dropped into another punchy, funky refrain, still keeping the house vibe, but adding that Funk Hunters touch. Yet another unexpectedly great combination.

“Revolution” brings us into the throes of the love for fun and good times. WANZ and Def 3 spread the word for the love of funk and being good to one another through their rhythmic flow and poignant, soulful, and captivating lyrics. This is the kind of love song I can get behind, following that Funk Hunters trend of socially active ideas, using funk to spread positive vibes, and bring power to the people.

Dynamite MC brings the heat flowing over this liquid d&b track, with a slap bass rockin’ the background. “Ready to Go” is another track whose lyrics draw your attention to love through positive change. And no album could be complete without some thumping drum & bass.

Typecast closes with a sexy, contemporary Marvin Gaye-esque track “In The Right Spot”, with smooth jazzy stylings of Steve Beddall.

Typecast has is such a testament to The Funk Hunters’ capabilities. It brings to light their skills in supporting a wide variety, whilst maintaining their relentlessly upbeat style. I personally dig every track on this album, each having a personality of its own. But there are a several that stand out, in particular, “Party Rockin”, “Turn Down the Silence”, “Say Something”, and “Soul City”. But the album legitimately gets better with every listen, and I can’t wait to hear more from The Funk Hunters.