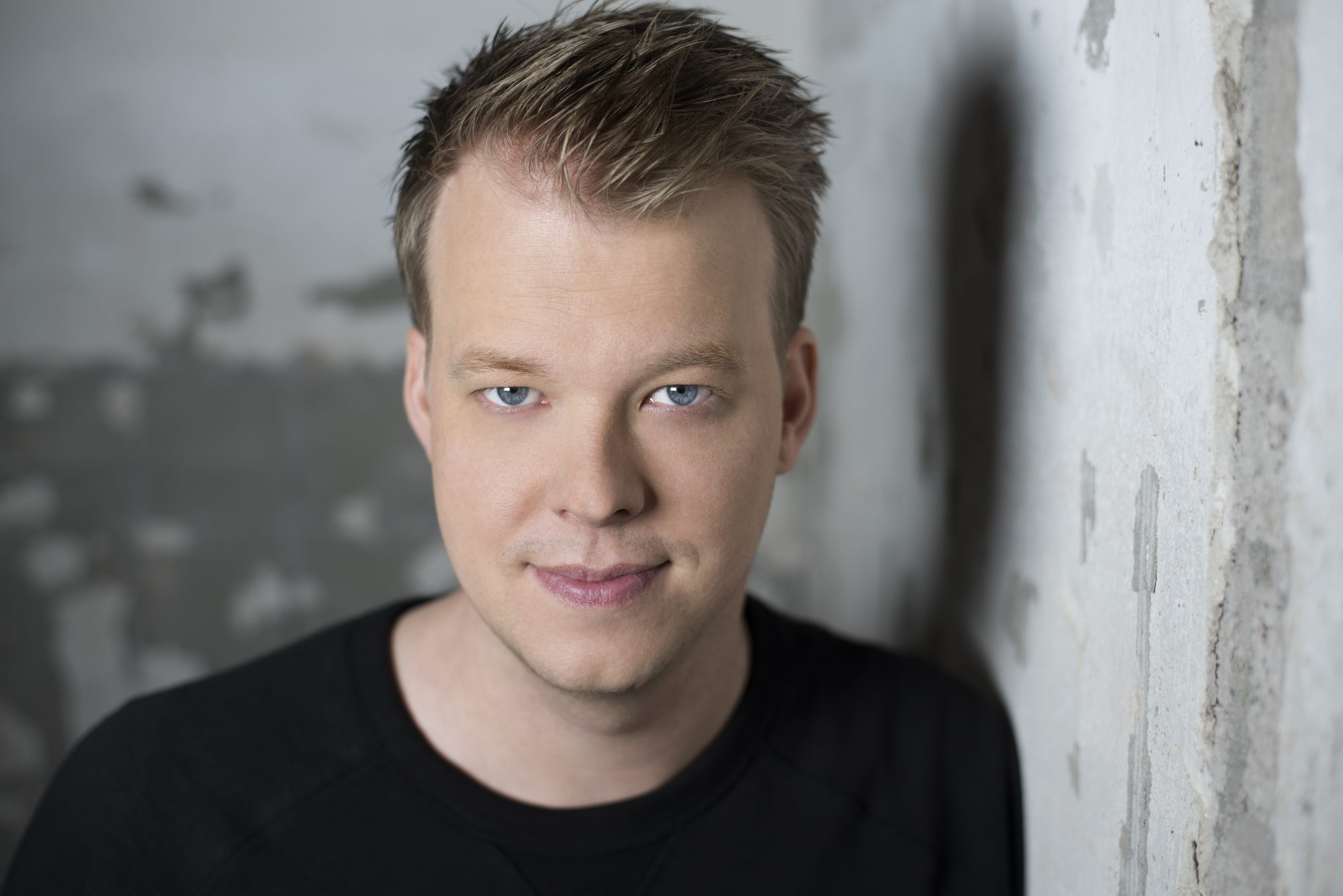 Go in-depth with Ruben de Ronde as we chat about his music, debut at Dreamstate SoCal, and more!

During his debut performance at Dreamstate SoCal, Ruben de Ronde took fans on a journey that blended chill vibes with serious melodies, culminating in one of the most dynamic sets of the entire weekend at The Dream stage.

Fans were left breathless and it should come as no surprise as Ruben de Ronde’s passion, raw talent, and next-level work ethics have paved the way for a career that shines brighter than any star in the sky.

Whether working as co-host and producer of A State of Trance, heading Statement! Music, or producing groovy tunes full of depth and emotion, Ruben de Ronde may just be one of the hardest working men in the industry. With two massive LPs that recently hit the airwaves, a slew of performances all over the planet, and more, we were just dying to pick the brain of this loveable ASOT mastermind.

Tune in to the latest edition of The Sound of Holland radio show and read on for our chat with him at Dreamstate SoCal last month!

Stream Ruben de Ronde – The Sound of Holland 350 on SoundCloud:

In an industry packed full of fast beats and intense rhythms, what is it about the chilled out side of trance that inspires you the most, and in an industry under constant evolution, are there other genres that you see yourself gravitating toward?

Wow! That’s a mouth full! I try to… when people hear trance they think straightaway to uplifting music obviously, so what I try to do is create a podium for progressive trance as well. Because it’s a bit of the under showed genre in trance I think.

Most of the time, especially at local clubs, if they do a trance night they won’t think of the progressive trance necessarily. So I would like to be a sort of a frontman with my label Statement! as well, and a progressive pick in A State of Trance, for example.

I hope it’s gonna grow and that’s why it’s amazing to see like Eric Prydz release “Stay With Me”… that’s like… yes, that’s what we need, you know? Progressive trance and trance in general because it’s massive that Eric Prydz makes a tune with the old school feelings of “Push”, you know, that’s what it is. And it’s been played four times already, [Laughs] I was about it play it but then KhoMha played it just before me.

That’s why I am so happy that Dreamstate decided to book me as well. Also for other events, the one at Beyond Wonderland, the one in San Francisco, to also create a platform for progressive trance, not only uplifting or psy.

As a recording artist who also co-hosts and produces of A State Of Trance in addition to heading Statement! Music, what are some of the biggest challenges that you face when juggling all of these massive undertakings, and how do you overcome the challenges as they arise?

Time! I wish I had more time! Like, every day goes by and at the end of the evening I am like I still needed to do this, or this, or this, or this. And then I just need to sleep and then in the morning I wake up and I start with music again. So, the most important thing I miss right now is time.

You have found a home within the Armada family and have not only witnessed but also helped to grow it into the dominating force that it is today. What are some of the reasons that you feel Armada stands apart from any other dance music label on the planet?

I think that it’s exactly what you say. I feel that Armada is definitely a family. You see, with the guys here backstage, we see each other everywhere. Last week we were in New Castle with Alpha 9 and tonight MaRLo is here and we are just a bunch of friends.

But besides that Armada is a very diverse label with Lost Frequencies… It’s a family. Most of all, Armada is a family. I love to hang out with the guys. We have dinners together. Family is the most important thing with Armada Music. 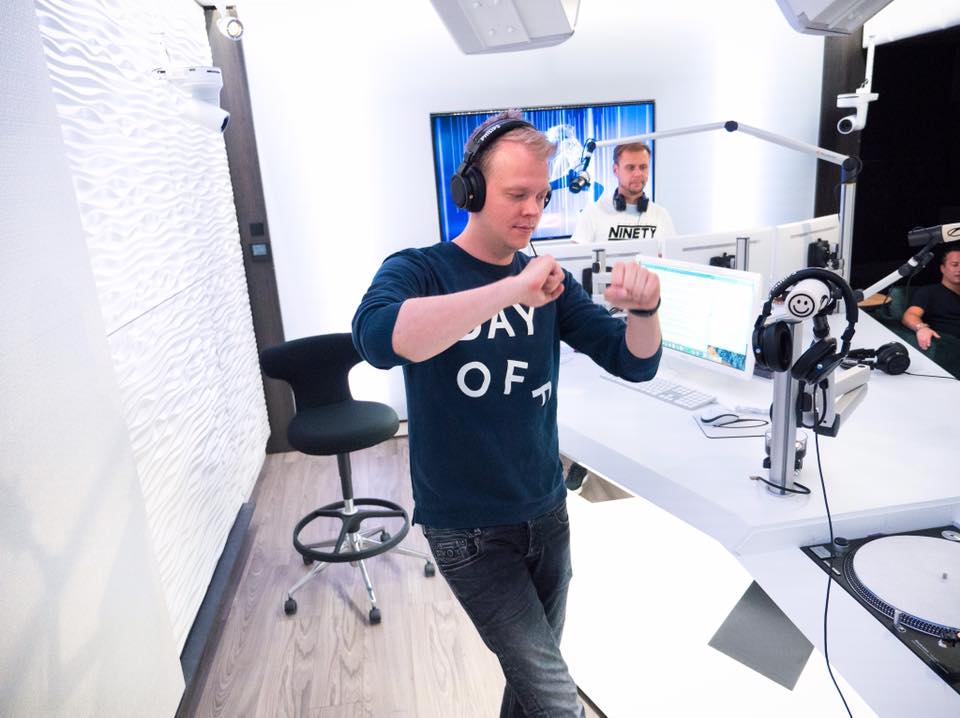 This year has been a whirlwind for you as you released not one but two LPs! For those who have yet to check them out, what are some of the fundamental differences and unique character traits that set Togetherr apart from My Story?

Well first of all, Togetherr, it’s obviously done with Rodg so I still don’t know how we managed to do it, but in September we heard that we were going to open A State Of Trance. We were like, okay, we are not going to play the obvious set with our solo tunes… one track of mine, one Rodg track… so we just worked so hard to create an album in four months.

While we were making an album, My Story was also happening, so suddenly I had two albums that I needed to push out. So the biggest difference between those albums is obviously one album I did myself 100% and the other one is together with Rodg. And My Story was already done when I started the album with Rodg and I simply loved working with him because we had the same mindset, the same drive, the same passion for music, the same passion for progressive music. It’s just an experience I would love to do again in the future.

Now, let’s get to the event that is upon us! Dreamstate has been one of the driving forces in the explosion of trance events here in the US. We are curious to get your thoughts on what playing at this event means to you and your opinion on the trance scene in the US?

This is the first time I have played for the Dreamstate festival. Last year I wasn’t here. I feel that this is THE event in the United States right now. You see people flying in from everywhere and earlier in the hotel which is a massive party of people. People meeting each other. Dreamstate has become sort of mega on this and again… the family feeling.

I am sure that everybody here walks away with new friends, so it’s great to see that Dreamstate is uniting people from the states or even South America or Europe. It’s amazing to see that they bring together all the trance family. It feels like a gathering.

Like, you have A State of Trance in Europe that brings all the European people together… even from the States, as well. I feel that Dreamstate is going to be that yearly event that you meet new friends, you hear new music, you get to see your favorite artists. So Dreamstate, yes, it’s gonna be circled around on my schedule. I hope to play again here.

Having played shows worldwide, where has been one of the most unique places you’ve ever taken the stage?

Whoo. Every show is kinda unique in its own way but I think this year… Fadi from Aly & Fila, invited me to play the Future Sound Of Egypt 500 at the Pyramids which is… you can’t even comprehend that. When you drive to the stage, you drive through the Pyramids. There are Pyramids on both sides of you, and then you get to play your tunes at the Pyramids!

And people in the crowd, they see the stage but behind there… is the Pyramids. So only a handful of artists in the whole world can say that they played at the Pyramids so I am really thankful for Aly & Fila. They are really good friends of mine that they gave me the opportunity to play at the Pyramids. It’s a highlight. So, the Pyramids. [Laughs]

Let’s talk a little bit about your love for vlogging! You have graciously opened up your world for fans to get a peek into your life. What inspired you to start vlogging and do you have any new episodes that you are excited to unveil?

I just want to give an insight to people because they only see me on the stage and they don’t really get to see the person behind that does A State Of Trance, or does the productions, or does the DJing, so I am just trying to give a small insight of what I do.

What I also do is, I started it recently, I do Twitch live streams. It’s a gaming platform but what I do is every week I make my own radio show, The Sound Of Holland, and then I do productions, and what I do is give tips to people or they can see exactly what I do when I make music or make my radio show.

So on one side, it’s teaching people, but it’s also a community feeling, so I have many people that are there on every stream and I just talk to them. There are a couple of people here that watch the stream every time. So the vlogging, I think that’s the next step for giving an insight into what I am doing. And I am not the best editor so my vlog’s aren’t professional whatsoever, but I try my best! [Laughs]

Finally, with the end of the year is on the horizon, what has been a favorite moment of yours in 2017, and is there anything you want to do in 2018 that you haven’t had a chance to do yet in your career?

Highlights of 2017… there have been so many! Being part of the Dreamstate touring, EDC, San Francisco, Beyond Wonderland has been the highlights for me. Also, playing Marquee for Dreamstate which was a totally different experience. I am really happy that Insomniac believes in my sound and me as an artist, so I am really thankful for them and that’s been a highlight.

The Pyramids have been a highlight. There’s been so many! The albums that I released, the weekly A State Of Trance show that I do with Armin which is a highlight every week. It’s a party that we can do a radio show together and radiate positive energy. It doesn’t matter which religion, which country you’re from or whatever. Just give something positive.

That’s what I believe has been my highlight of 2017. Making people happy. That’s the most important thing!