EDC Orlando Hits All the Right Notes in 2017 Expansion 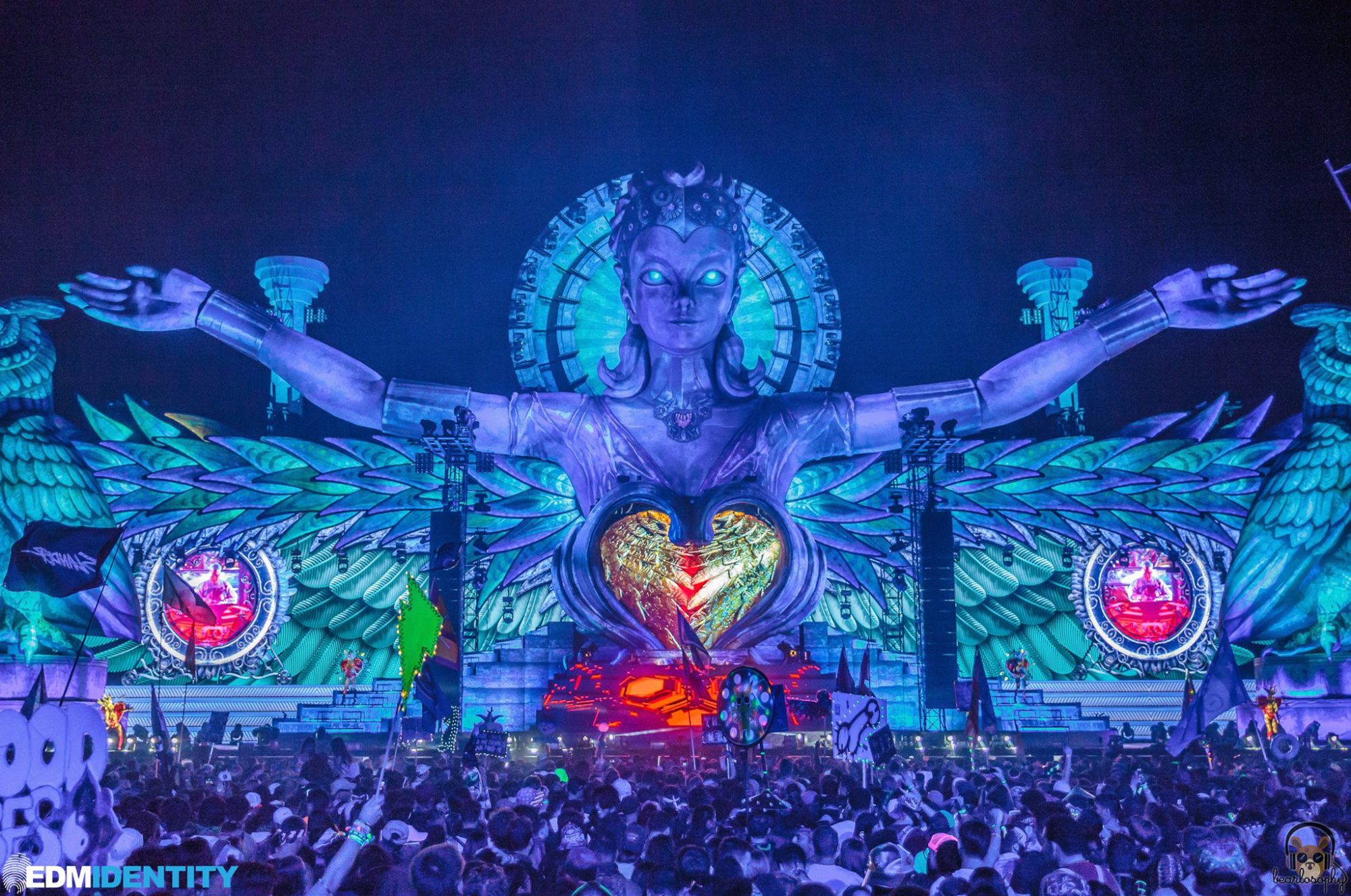 Insomniac brought their Electric Daisy Carnival magic to Tinker Field for the biggest edition in Orlando yet.

No matter which edition of Electric Daisy Carnival you attend, the Insomniac Events team continues to make each one a memorable experience. From their immersive productions to their Ground Control team, they work hard to make your headliner experience both safe and fun. EDC Orlando was no exception, as the Insomniac team brought a bigger lineup, extra stages, and unique production elements.

After the announcement that this would be the largest EDC Orlando yet, headliners wondered how they were going to fill the festival footprint. The expanded grounds allowed for two “additional stages” in the form of Corona Electric Beach and the Boombox Art Car, while also addressing the sound bleed issues from past years. Headliners were able to enjoy even more music without being at the major stages, and many acknowledged how nice it was to have more space.

Insomniac also did a great job of incorporating some of the best parts of the venue into the festival footprint, providing opportunities for Headliners to relax with friends when they weren’t dancing. The area around the pond was a nice place to sit and enjoy some downtime and the yellow pagoda was a great place to meet up with your group.

Despite the size increase, it still felt like a more intimate experience than EDC Las Vegas to me. The size of the festival grounds made it easy to walk around and explore everything. Getting from stage to stage to catch sets was relatively smooth, as well.

Speaking of stages, neonGARDEN was always the best place to be.

While the stage never felt extremely crowded, the best vibes at the event were located underneath that tent. Headliners in the crowd kindly respected each other’s space as they danced the day away.

The setup for the stage was fairly simple, but the LED panels on all sides of the pillars added to the visual appeal. It created a unique 3D look if you were standing in the back of the tent. The stage also featured lots of lasers and a disco ball floating above the crowd.

Over both days, Headliners got a sampling of some of Insomniac’s top brands and artists.

The neonGARDEN stage hosted Dreamstate artists on the first day while the second gave us some house and techno from Jamie Jones’ Paradise. Insomniac’s premier bass music brand, Bassrush, also hosted the circuitGROUNDS takeover on Friday.

Outside of the stages, Headliners immersed themselves in the art and entertainment throughout the event.

Insomniac brought the best of the Electric Daisy Carnival atmosphere to Orlando. From the neon glowstick tunnel to the EDC Orlando sign, Insomniac creators crafted an amazing landscape of wonder for attendees.

The Pulse Portal at the kineticFIELD became the place to take pictures and even rivaled the EDC Orlando sign in terms of popularity. This inevitably led to long wait times for photos, which could have been alleviated by having someone to direct traffic.

The beautifully dressed entertainers found throughout the venue were costumed as everything from fish to life-sized emoji. I felt like they were always around for photo opportunities and to dance with Headliners. Many marveled at the trapeze artist connected to a giant balloon who traveled around the event in suspension. She could even go further down to high five attendees or perform acrobatic moves.

On the first day, I entered the grounds as soon as the gates opened.

For my first stop, I moved quickly to the Ferris wheel, which had almost no line. Afterward, I made my way to the line for the zipline, which took an hour and a half before I zipped across. The lengthy wait was made bearable thanks to the sounds of GRUM, who was playing at the neonGARDEN. Nothing makes the time go by faster than listening to some great music.

One of my top artists to see during the event was Liquid Soul. He played an amazing Psytrance set that left me wanting more. Due to the popularity of Psytrance in recent years, I noticed more people attending his set than I anticipated. If you missed his set at EDC Orlando, you can catch him at Dreamstate SoCal on the Sequence stage.

As a devout fan, I rarely pass up the opportunity to see a set from Seven Lions or Gareth Emery. Seven Lions surprised us with a special Psytrance remix of “Sun & Moon” as well as the MiTis remix of “Concrete Angel”. Gareth kept the energy going after Aly & Fila’s set and played some amazing new IDs that I can’t wait to listen to after they are released. I enjoyed seeing him at the neonGARDEN stage to close out day one of my EDC Orlando experience.

The amazing music continued on day two, but the grounds felt more packed with the increased attendance on Saturday.

Attendees coming to the venue between 4-6pm faced long lines to enter the event due to security admitting people in waves. Additionally, the VIP entrances at the North and South gates each had only one metal detector, which caused delays for those guests, as well. Many disgruntled Headliners took to social media to complain about the delays. Hopefully next year there will be a better experience entering the event during peak hours.

One of the most memorable sets for me on Saturday was Kaskade’s sunset performance that featured many of his hits.

I definitely caught the feels while hearing Kaskade play the original versions of “I Remember” and “Raining”. His production team pulled out all the stops on the circuitGROUNDS stage and all the visuals worked perfectly with the music. Out of all the artists who played the circuitGROUNDS, it felt like he drew the largest crowd over the weekend.

Another standout performance was A-Trak’s set at the Corona Electric Beach stage, which showcased his god-like talent behind the decks. Everyone passing by grooved to his beats and many stayed to enjoy the rest of the set. There are not enough words to describe how good it was – you just had to have been there to witness it. A-Trak aside, for those looking for a low-key place to relax and enjoy music, I definitely recommend hanging out at the Corona Electric Beach stage at future events.

All in all, EDC Orlando is an event I would return to in the future.

I appreciated that nothing about the event felt overwhelming, which made the experience more relaxing and enjoyable. Other than the long wait time to enter the event during peak hours, everything about the festival felt perfect.

Time flew by quickly over the weekend and since EDC Orlando only spans two days, it felt like it was over too soon. In the future, I would love to see it expand to three days to feature more artists and give Headliners a longer experience. However, I do like the option to attend theme parks in Orlando after the festival or have a day of rest before going back to real life.

I loved every minute of EDC Orlando and felt at home, proving that no matter which edition of EDC you go to, you can always find your place at Insomniac-hosted events.