STANDERWICK LIVE comes back to Los Angeles’ Avalon for another stunning show with performances by Shane 54 and Feelionics.

Making another appearance this year at Avalon is none other than the talented STANDERWICK. He won’t be just playing any DJ set – fans of trance can once again enjoy his special LIVE set. Only time will tell if we’ll be seeing any vocalists coming to the show. Previous STANDERWICK shows featured vocalists such as Jonathan Mendelsohn and HALIENE singing some of their most memorable tracks.

Born in Bristol, England, STANDERWICK achieved early success as a songwriter and producer signed to Zomba Music Publishing Group. His songs have topped the Beatport trance chart numerous times. This year, he released two new tracks: “Streets of Gold” featuring Jonathan Mendelsohn on vocals, and “Into The Deep”, released on Who’s Afraid of 138?! comes with an intense bassline mixed with an entrancing melody. Attendees had better prepare themselves for the energetic set that this exciting artist will be throwing down at Avalon!

Listen to STANDERWICK’s “Into The Deep” via SoundCloud:

For this particular STANDERWICK LIVE show, attendees will also see performances by Feelionics and special guest Shane 54. Since Myon & Shane 54 went on hiatus, Shane 54 has resumed his solo career with tracks like “Paradise” and “First Time.” “First Time” was broadcast on Armin Van Buuren’s weekly A State of Trance show. Though Shane 54 grew up in Hungary, he stated:

“I call L.A. my spiritual home because it’s one of the most exhilarating cities in the world. I love my fans in California so I always give just a little extra when I play here.”

Speaking of giving “just a little extra,” Shane 54 plans to play a special new song at this event, which features a collaboration with Jonathan Mendelsohn, scheduled to release on December 1 on Armada. Shane 54 fans are in for a treat and we can’t wait to hear what the new track sounds like.

We look forward to seeing you at Avalon on October 21! Enter into our contest for free tickets to see STANDERWICK, Shane 54, and Feelionics below!

Love STANDERWICK? Enter to win a pair of tickets!

Win A Pair of Tickets to STANDERWICK [Live], Shane54 and Feelionics @ Avalon Hollywood 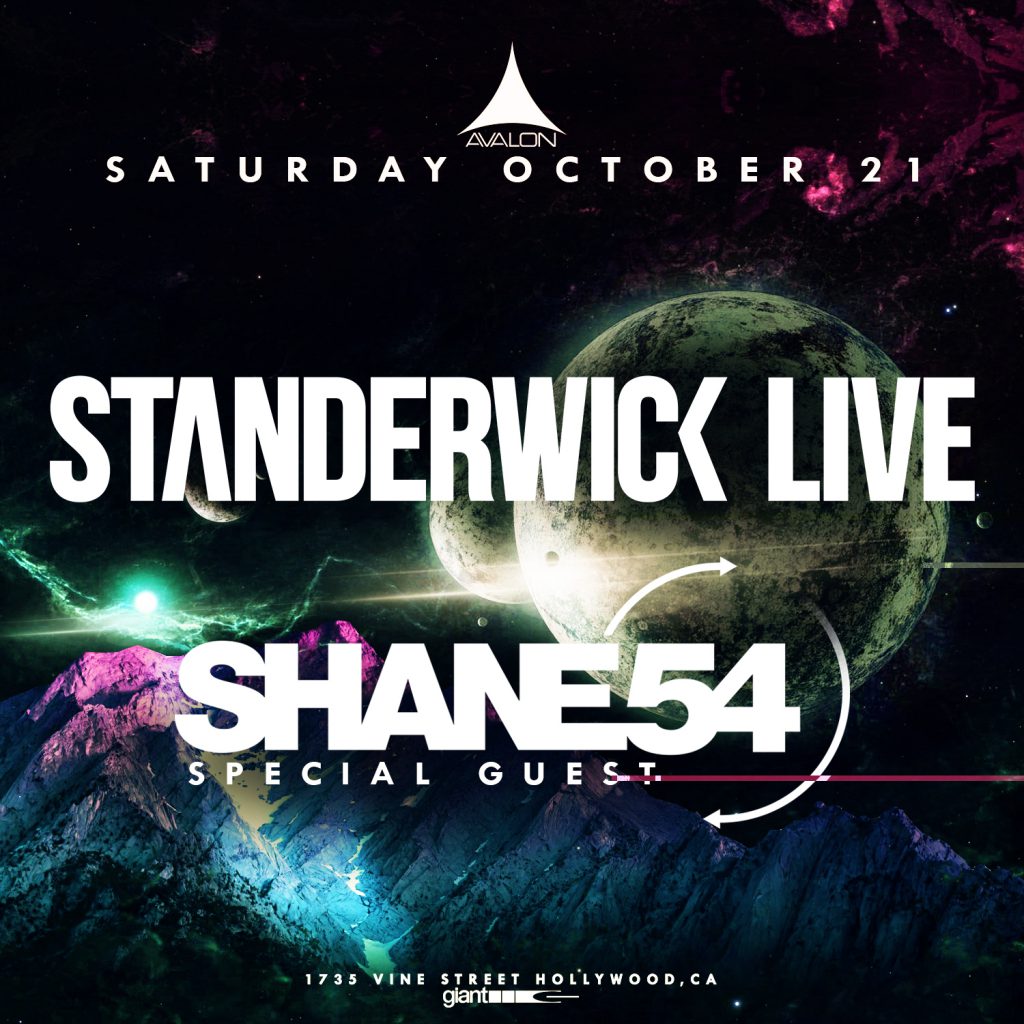