Avicii himself expressed that when he first listened to Cavazza’s “So Much Better”, he “had to do a remix.” Also, Cavazza appears on the vocals of the fourth track on the EP called “Without You”. Many listeners recognize “Without You” as a song promoted heavily with the Avicii EP announcement last week.

Prior to the EP’s release he played snippets of his new album on his social media. “You Be Love” was recorded in Nashville. Several of the tracks on the release definitely have his signature sound to it –  his track with the wonderful AlunaGeorge features a country sound that resembled previous releases such “Hey Brother” and “Wake Me Up”.

“Friend of Mine” features Vargas and Lagola and is quite catchy. For those of you who don’t know, the duo Vargas & Lagola is actually Salem Al Fakir and Vincent Pontare. Salem Al Fakir worked with Avicii previously on tracks like “Silhouettes” and “You Make Me”. Vargas & Lagola have also worked with other artists such as Axwell ^ Ingrosso, including their track “Sun is Shining”.

Before AVĪCI released, he left a note to his fans on his website: 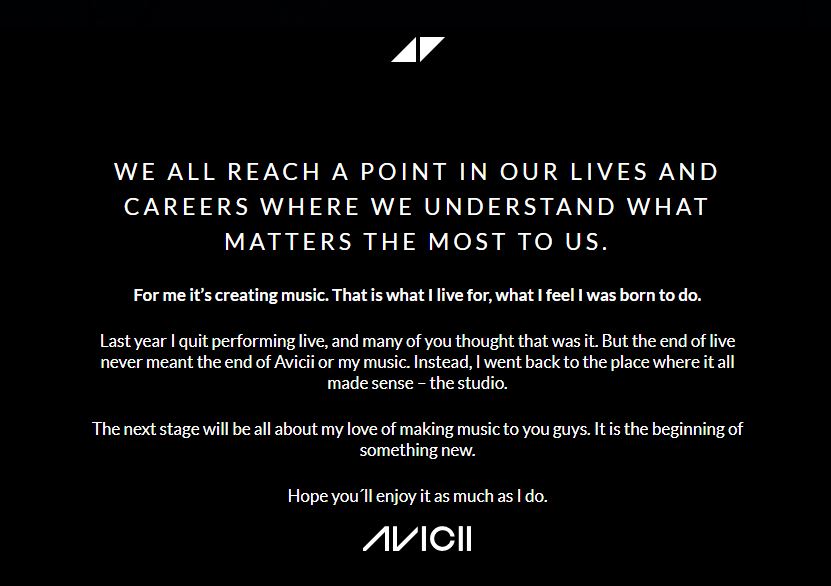 You can Pre-Order AVĪCI on iTunes or Google Play. The scheduled release date for the EP for purchase is August 12.

Is Avicii’s new EP a hit or a flop? Will Avicii take over the summer music charts with AVĪCI? Let us know in the comments!

Listen to the AVĪCI in its entirety on Spotify: