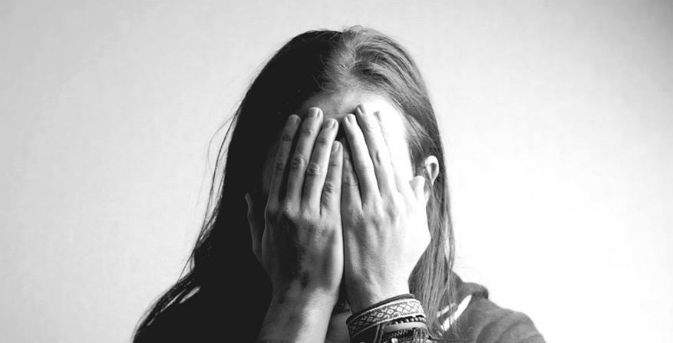 When it comes to searching for new music, look no further than StéLouse and his self-titled debut album.

The project of Denver native Ross Ryan began in 2011 when one of his bands, Boys, won a Guitar Center contest that awarded them $30,000 and an opening gig for Jane’s Addiction on their Nothing’s Shocking 20th-anniversary tour. Ross immediately put his share of the earnings to good use and purchased all the equipment he would then use to experiment with and create electronic music as StéLouse (pronounced “Stay Loose”). In 2014 he released remixes of huge tracks like Odesza’s “Say My Name” and Disclosure’s “Latch,” along with his debut EP Home. Since then, Ryan has taken to the road and played festivals around North America including SnowGlobe, Lightning in a Bottle, and Electric Forest.

After seeing StéLouse live at Lightning in a Bottle, I have been listening to the new album nonstop. His self-titled debut album, StéLouse, was released on May 12, 2017. It features a variety of talented vocalists and phenomenally showcases StéLouse’s unique genre blending abilities. Combining elements of rock, a variety of electronic sounds, and powerful vocals this album has become one of my favorites of 2017. You get a little bit of everything with this album, so take a listen and enjoy!

One of my favorite artistic aspects of an album is the way an intro track can really suck you in. “Artery” does just that. Wrapping up at just under two minutes, this track evokes so much emotion with no lyrics by using build-ups and crescendos among other sounds. It begins with a lifeline beep that transitions into a heart-tugging synth and string build up. As the drumline beat enters and all other instruments continue, it feels like “Artery” should be the soundtrack to an epic short movie. The journey comes to an end with the instruments cutting out and the lifeline beep flatlining. Without fail, every time I listen to this song I’m in for the ride. It hits you in the feels and gets you emotionally invested in the album.

“Been So Long” is the perfect follow up track in contrast to “Artery.” Nick Leng’s poppy vocals combined with an 80’s uplifting vibe will have you perked up and singing along in no time. The track begins with Leng’s “Oo Oo’s” and catchy lyrics atop a bouncy electronic beat. It has a beat that stands out from the rest of the album because of its light-hearted feel. This was the first song I heard by StéLouse and I was instantly hooked. There is something special about a track that continues to grow on you with every listen rather than losing its appeal or spark. Even after being on repeat the last few months it still gets me dancing every time.

This is the first song where we get Mascolo in the mix. Featured throughout the album, Mascolo’s vocals are soulful and add another dimension to each track he sings on. Throughout the song, Ryan lays down huge bass lines while Mascolo sings about waiting for a love that won’t come around. With the combination of funky bass riffs, Mascolo’s fiery lyrics and distorted vocals in the breakdown, you get a slow jam feel that’s easy to get down to. Listening to this song has even made me bust out dance moves I didn’t know I had. Check out the music video here.

“Plastic” has all the style of StéLouse but also has kind of a Flume sound. Like other songs on the album, you can hear the rock influence in Ryan’s pronounced bass lines as Madi & Pink Slip’s vocals are perfectly layered over. Right before and at the drop is where you can really hear the Flume influence in the bass and experimental spacey sounds. My favorite part of the track is at the last drop when Madi & Pink Slip’s vocals come back around on a higher note and fade out with the stroke of a few piano keys. Check out this sick studio clip of the live band performing “Plastic“.

This is the second track featuring the soulful vocals of Mascolo, and it has a much different vibe than the first collaboration. “Shivers N Gold” is funkier and has a contemporary R&B sound, whereas “Dragons” is more synthy and electronic. It’s a great display of the artists’ dynamic ability to build such different sounds within the same album. It’s also moreso the style in which Mascolo’s vocals are used than anything else. “Dragons” still has two verses, but I feel there is more focus on the chorus and drop because of the electronic nature of the song.

“Into the Sea” finds itself sandwiched between two of the more bass and drop-focused tracks on the album, and it is strategically placed, in my opinion. As “Dragons” comes to an end, “Into the Sea” begins and you are transported to an underwater utopia for a minute and a half. The intro, this transition track, and “A Shock Of Heart” all add that journey aspect to the album and it keeps your ears on their toes. Just as quickly as the serene oceanic sounds enter, they fade out and you get “Lovers” just around the corner.

One of my favorite things about this album is all the lesser-known but extremely talented featured vocalists. Had it not been for StéLouse, I would not have found out about Brave, Mascolo, Madi & Pink Slip, Nick Leng, or Apollo until who knows when. The track begins with an eerie key pattern and Brave’s first verse that repeats throughout the track. The ensuing bass line has got to be the deepest of the album and it accompanies the vocals and eerie synths perfectly. On the last drop for a few songs, Ryan puts this weird effect on the synths and it makes for a crazy grand finale that can definitely be heard in “Lovers” and “Come Home.”

“Films” is my favorite track on the album featuring Mascolo. Just as the other two collaborations have their own feel, so does this one. Mascolo’s soft passionate vocals start the song off and it quickly transitions into a vibey, synthy beat. My favorite part of the track is the repetition of the lyrics “I’m gon’ to be here when you need it.” It’s a positive message I resonate with, and the other flirty lyrics bring out the hopeless romantic in me. Catch me jamming and singing the lyrics “when we talk it feels so damn easy, and, when we move together I’m breathing” in my car like I’m in a music video.

“Tangled” is is one of the more mellow songs on the album besides the transient intro (“Artery”), transition (“Into The Sea”), and outro (“A Shock Of Heart”). With no lyrics or big drops, there is more focus on the melody and composition, which is pretty trippy on this track. There are a lot of experimental sounds layered over a beat that has this unique stop and go feel. It’s almost like the track is breathing, but it’s just the arrangement of the sounds and use of empty sound space. When you listen, you’ll know.

This is my favorite track on the album. The first time I ever heard it was live at Lightning in a Bottle earlier this year. It was one of those musical moments where as you’re hearing a track you think to yourself, “This is everything in music I never knew I wanted to hear.” The track starts with a synthy melodic build up that can be heard throughout and breaks down into a hard-hitting, Porter-esque drop with scattered experimental spacey sounds. That’s definitely why this song resonates with me so much.

Porter is one of my favorite electronic artists and the influence in “Come Home” reminds me of all the amazing memories of past shows. As the second drop hits, you don’t think it can get any better, but the synths fire off at a higher octave and the keys fade out as the song comes to an end. Coincidentally, the live band covered “Sad Machine” by Porter Robinson at Lightning in a Bottle, so I have a feeling this song definitely channels Porter vibes.

The outro song of an album plays a similar role to that of the intro. It can make you want to give the album another listen or it can become forgettable. It’s remarkable how well “A Shock Of Heart” can loop back into “Artery,” because it carries the same feel and depth of emotion. It’s a track that takes you on a journey with its composition and makes you feel things you can’t explain. The percussion, strings, horns, and synths all seamlessly fade in and out of each other to create an epic symphony of sounds.

“Method” was released shortly after the album as a B-side, and as a thank you to his fans, Ross Ryan is offering it as a free download! “Method” also has a Flume-y influence with all its experimental sounds, but the flute and dial tone sample send it to the next level. If this is any indication of the direction StéLouse wants to take his music, I support 100%.

So, this was my gift to you: a debut album by an artist that is sure to continue producing music your ears will love. Be on the lookout for new music from Ross Ryan and try to catch a live show when he comes to a city near you!

Connect with StéLouse on social media: 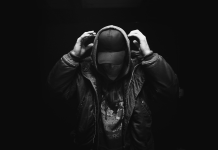 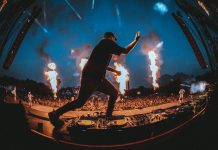 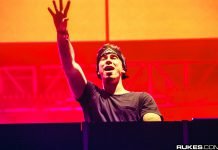 Turn the Clock Back to 2012 with Hardwell’s “Apollo”