In-Depth Interview With The Thrillseekers! 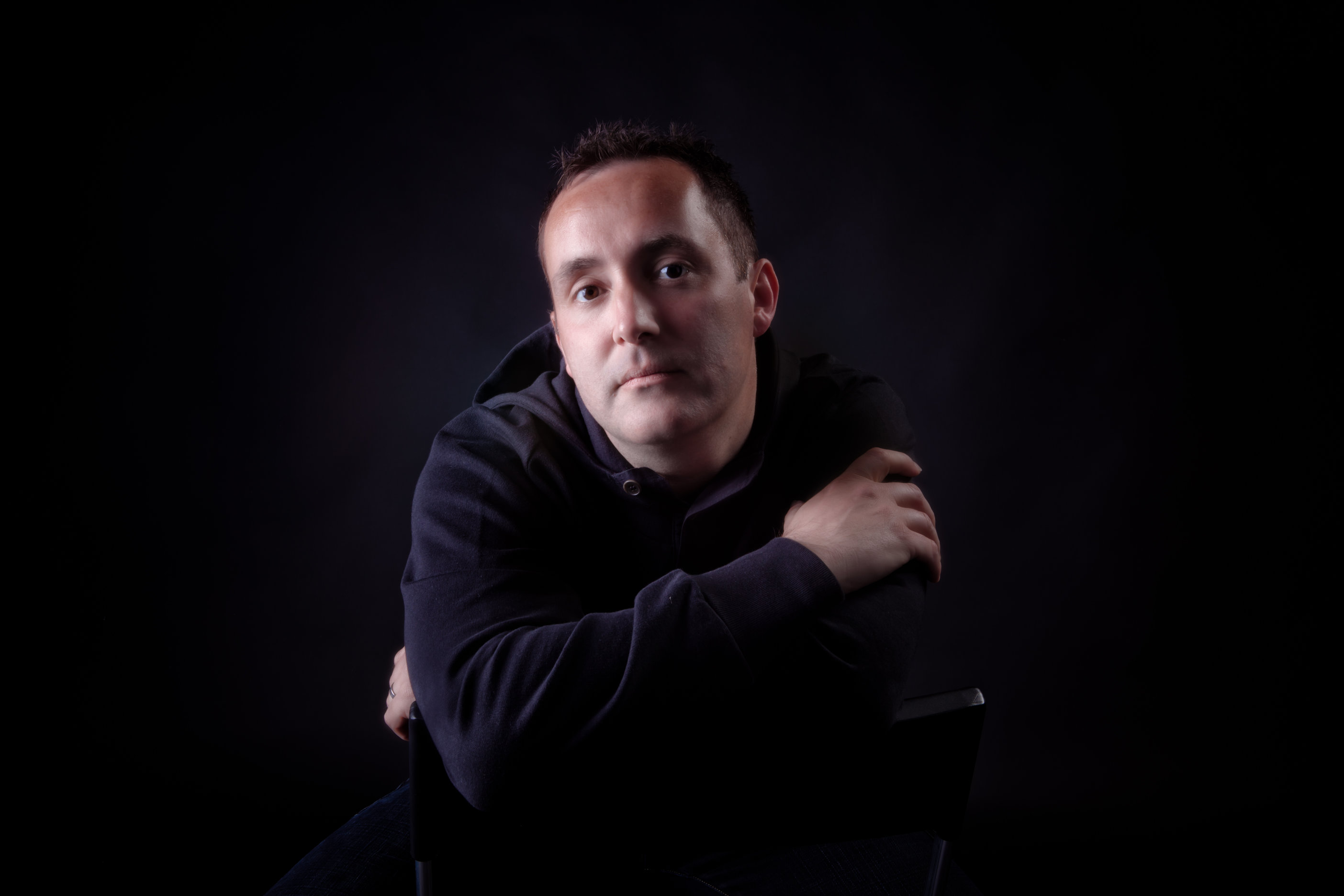 Following our review of his NYC Open to Close show at Cielo back in February, we’ve reached out to The Thrillseekers for an interview. One of the legends of the trance genre, his career spans almost 2 decades, countless anthems, and finally an artist album. Read on to learn about his beginnings as an artist, how he approaches music creation, as well as a couple of exclusive bits of news!

Check out our Dreamstate SoCal profile on The Thrillseekers here!

Hi Steve, thanks for taking the time to talk to us. How are you feeling today?

I’m feeling great, thanks! I’ve just wrapped up a new club mix from my album, Escape, which I’m super excited about, and just deciding what to do next in the studio.

To start things off, I wanted to introduce our readers to the person behind The Thrillseekers. Who is Steve Helstrip and what led you to become a music artist?

I’m just a regular guy whose life revolves around making and playing trance music. Through the week, I work from my home studio and spend many of my weekends playing the music I love to like-minded clubbers around the world.

I started making electronic music in the 80’s while at school. I sucked at sport, so spent all my time making music. From school, I went on to music college before moving to London to break into the music scene. At the time I was in a synth pop band, which we had a little bit of success with. A few years later, I discovered Chicane and decided that was the kind of music I wanted to make. So, the next track I produced was “Synaesthesia”. The rest, as they say, is history!

You’ve been outspoken about Chicane and Ferry Corsten being your biggest inspirations. As a young artist, how did you feel when you met these producers for the first time? What lessons were you able to learn from them?

It’s always a great pleasure to meet the people who influenced you. I remember being totally star struck when I met Paul van Dyk for the first time, but you soon realise that you have a lot in common with these guys and that they’re pretty down-to-earth people.

The most important things that I’ve learned from Ferry & Nick (Chicane) is their approach to production. Ferry can say a lot with his music with very little going on. The vibe he creates from so few elements is a great skill. When we made Sublime together, there were maybe 30-40 tracks in the Cubase project, but that’s all it needed. Nick, on the other hand, is incredibly deep and detailed with his production style. Personally, I’m more like Nick with my approach, but am always mindful of trying to say more with less, if that makes any sense?!

Gareth Emery expressed his struggles with following up GTR – Mistral and living up to the expectations of a rising talent. With “Synaesthesia” being your first release, you were in a similar situation to Gareth. Given its success, how did you alter your approach in the studio? What were some of the mistakes you made and learned from?

Synaesthesia was definitely a big track to follow-up, but that didn’t daunt me in any way; I just carried on doing what I loved, whether it was an original production or a remix. Of course, I’m always trying to do things better, but more so from a technical point of view. For me, emotion in a track is the most important element, so that’s what I’ve always focused on getting right in my productions. But it has to come from somewhere real, which is why many of my tracks don’t get through my quality controls!

My three favourite songs of yours from the past few years are “Song For Sendai”, “This Is All We Have” and “Amber”. All three have been inspired by tragic events, the last two, in particular, being very personal. When you begin working on such songs, how do you reconcile with the sadness of the events and transform that feeling into a piece of music that connects with people? I imagine that things get quite emotional in the studio.

You imagine right. With the tracks you mentioned, those are the kinds of tracks that write themselves. I don’t know where the notes come from – I just sit down and start to play and let the emotion pour out. It’s like therapy for me. The tracks that are a struggle to write are usually the worst, so I generally take a break and start over.

Compared to today’s artists that stick to a given sound, you come from a generation that was never afraid of using aliases to explored different avenues. How do you decide what core elements each alias will represent?

My past aliases have included collaborations, such as Rapid Eye (with Tim Stark) and Insigma (with Andy Perring, AKA Pulser). My Hydra alias came about to release a softer-sounding, more progressive style of trance.

For the last few years, artists focused on building a brand around their name. Nevertheless, the last couple of years has seen the return of Rising Star, Gouryella, and of course Hydra among others. In your opinion, what has changed in the scene to allow these aliases to come back to the forefront?

For me, nothing has changed. Trance has had its highs and lows, but I’ve always stuck with it. I guess Gouryella has its own sound, which Ferry was keen to resurrect after some years having explored other genres. And that’s fine, why not?!

We’ve seen you in the studio with M.I.K.E. recently. While you’ve worked with vocalists on a regular basis throughout your career, collaborations with other producers are few and far in between. What motivates you to start such a project and how are the dynamics in the studio during these sessions?

After my recent open-to-close set at Cielo I had a spare day in NYC, so I asked Mike if he fancied making another track at his studio. We both come from a similar background and had a very relaxed approach to making something with no real expectations. But we managed to hit it off really well and started a pretty cool track, which we both worked on in our own studios over the following weeks. The track is called “Meraki”, which means to make something with soul, creativity or love; to put something of yourself into your work. Expect to hear it in our sets, before getting released later in the year.

You’ve always been a firm believer in quality over quantity. Whereas some producers release 10-15 originals a year, you’re happy with putting out 3-4 quality songs. How do you decide which projects are worthy or seeing a release? Do you reuse certain elements from these unreleased songs or once they’re in the bin, it’s all history?

It’s quite simple for me. If I get bored of a track after working on it for, say, 2 weeks, it doesn’t make the grade. I want my tracks to stand the test of time, so that’s the criteria I set myself. I’ll sometimes reuse elements in other tracks, sure. But melody-wise, once they’re in the bin they generally stay there!

Changing things up a bit with the next few questions. It’s been a few months since Escape came out. The album is seen as a huge success, however, there are a few people who were disappointed in the low number of instrumental tracks attuned to Just Because and Why Not. How satisfied are you with its success and, with hindsight, would you change anything on it musically?

Overall I’ve been very happy with the reaction to the album and wouldn’t change a thing. I’m proud of every track on there, and if some people had different expectations, that doesn’t concern me. An artist album is very personal, and I wanted to show some other sides of me and my musical interests. Personally, I would get bored of an album that had 12 club tracks. If I want to listen to that kind of thing, I’d stick to a DJ mix or a compilation.

I was fortunate to attend your recent 6 hour Open to Close show in New York. The vinyl segment to close the night was among my best moments in my 6+ year journey as a clubber. Hearing the cracks, bops, and skips of vinyl is a unique experience. How do you feel about vinyl in today’s scene? And speaking of vinyl, when can we expect to get our hands on an Escape pressing?

Funnily enough, I’ve just had an email to say the Escape vinyl have just been sent to me, so they’ll be available in the coming week or so. I’m not sure vinyl will make a comeback in the trance scene for DJing since they’re mostly collector’s items these days, or for the vinyl purists that want to listen at home.

You’ve been teasing on your social platforms the club mixes for Escape. Will there be a Club Edition of the album and what plans do you have for the next couple of years now that the monkey’s finally of your back?

Yes, we are working a remix album for Escape with more club-orientated mixes. As for the next few years, I’ll probably be making more trance music, of course!

The Escape album tour is still in full swing. Where can we catch you behind the decks in the near future?

Oh, there’s loads coming up. I’ll be playing with Ferry Corsten this weekend at Passion, and looking forward to Ibiza (Amnesia, Captured Festival and Connect), Tomorrowland, Electronic Family and many others. This summer is going to be hectic!

I want to thank you for your time and wish you all the best in the years to come. Any closing remarks to your fans that might be reading this piece?

It’s been my pleasure! As always, it’s nice to thank my fans for their support, as without them I’d have to get a proper job!

Connect with The Thrillseekers on Social Media: