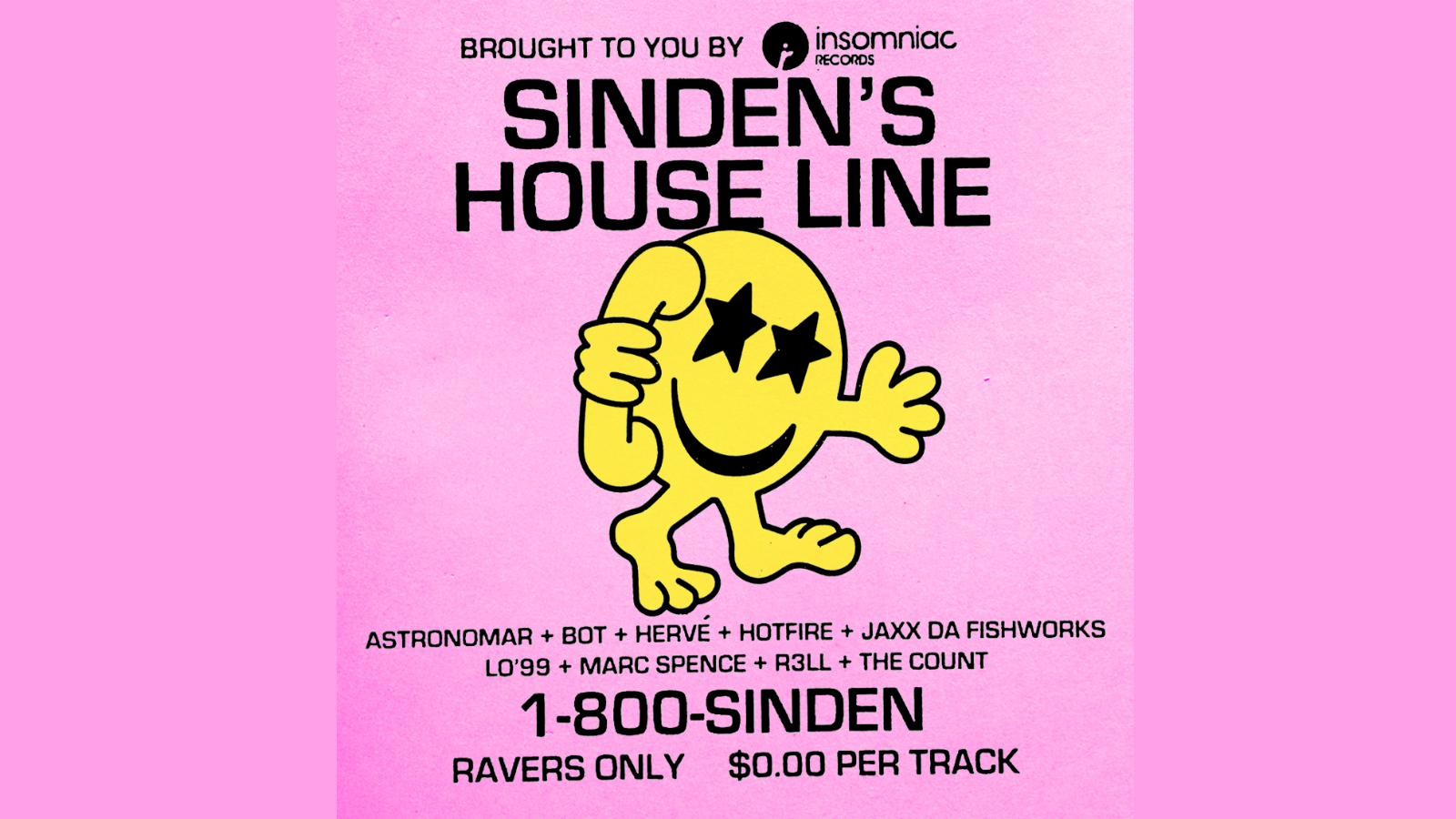 Insomniac Records has been making waves as of late, and their latest release is nothing to sleep on!

Released just today, Sinden’s House Line is Insomniac Records first-ever totally free to download compilation. You heard that right, the entire album is entirely free for you to stream or download for your listening pleasure! The compilation itself is packed with Sinden’s own massive tunes that are sure to get dancefloors bumping, as well as some tracks from tastemakers you definitely don’t want to miss either. Notable artists like LO’99, R3LL, Hotfire, and Astronomar are just some of the names featured on the compilation, bringing their unique vibes with them in each tune.

Taking the true spirit of the rave, the music itself, Sinden has mixed in House and Garage elements to master a sound that is a great flashback to the underground. Spending the last twelve months perfecting his music, while also performing at plenty of shows around the country, Sinden has really begun to make his mark on the electronic dance music community. His work has been noticed too, as he has released tunes on Night Bass and collaborated with LO’99 on Confessions for an EP as well. Joining the Insomniac ranks through an appearance at Middlelands, and upcoming shows at Planet Rock, Electric Forest, and EDC Las Vegas, you have plenty of chances to catch his infectious sound this season!

“House Line is a compilation conceived by the Insomniac Records team & myself. It takes inspiration from the blog house era that I was immersed in & draws parallels (the missing link) with the current bass house sound, which I’m also aligned with. The artists chosen on the comp, including my long time collaborator, Herve, all have an appreciation of electronic music’s lineage but also continue to innovate with a fresh approach. I wanted to join these dots, pay tribute, gather like-minded artists and create great new art for today’s dance floor. Likewise, to channel the ethos, vibe and spirit of blog house / fidget, not just the music but also the heady parties, its irreverence, inclusiveness and sense of fun. Rick Klotz has executed the lo-fi club artwork beautifully to evoke this Do It Yourself rave attitude.” –Sinden

While the compilation is free, Sinden’s biggest fans will have the chance to purchase an exclusive t-shirt featuring the vision behind Sinden’s House Line created by Rick Klotz, an iconic street wear designer who gives a nod to old-school rave flyer designs!

Connect with Sinden on Social Media: