Australian DJ, LO’99 is quickly rising to the top ranks of electronic musicians you need to know. Lo’s debut single “Take Me Back” rose to become a #5 UK and #3 Australian club record and his recent EP hit #1 on Beatport. Throughout his career he has garnered support from some of the most influential names in music including The Magician, Chris Lake, Bookashade, AC Slater, A-Slater, Gorgon City, Oliver Heldens and Taiki. I had a chance to sit down with LO’99 prior the night of his Los Angeles debut at during his inaugural US tour to talk about his success and unique sound.

Check out some original tracks from LO’99:

How has LA been treating you?

It’s been good! It’s been very quick so far because I got in at 6 or 7 AM, slept for a couple of hours, immediately met up with a bunch of guys then went drinking and partying. I played my gig last night in Santa Barbara and now I’m back in LA; I think I’m on American time so everything is all good.

Are you going to Disneyland or doing anything “quintessentially” LA?

I don’t think I’ll go to Disneyland but I’m pretty keen on going to Universal and/or Six Flags and all that.

How is the US dance scene different from Australia?

I think the American, English and Australia scenes are the most similar than anywhere else. I play a lot in Asia an in Japan, Korea and Malaysia and those are quite different  but the US is very similar to LA. There are less bottle [service] clubs in Australia there are more like regular clubs but it’s quite the same otherwise.

How would you describe your sound to someone unfamiliar with your tracks?

House would be a very loose way to describe it. There isn’t really a genre you can put in it and but it’s a style of house music.  I would say it’s like house, breaks, bass lines and garage all combined together.

What do you think sets you apart from other DJ producers?

I think I draw a lot of influences from when I was growing up and lots of UK bass, breaks and references to drum and bass.

2016 has already been a massively successful year for you, #1 EP on NightBass, a two massive remixes including a positively reviewed remix of a Moby track, a US tour and more! What can fans expect from you?

All those records were finished in 2015 but I think 2016 has gone well because of the momentum. I have a lot coming down the pipeline towards the end of the year. There’s a remix for Low Steppa called “Runnin’” and I’m just about to drop a new record called “Make Me Feel” on one of my labels, Medium Rare Recordings. My label is more of an indie-based dance label in Australia, we release everything from house, to future bass and techno and everything in between.

Those things are  happening so there’s a few other clubs and singles such as more of Low Steppa, me and Ashton Shuffle are doing something and I’m in the studio with Bixel Boys and Sinden while I’m here in LA so I think we will have records coming out of those sessions.

Sounds like a lot of great collaborations are coming out. Who is someone you would like to work with that you haven’t yet?

There is an endless list of people. I would like to add more vocalists to my tracks. I’d also like to work with John Hopkins but as music goes, our styles are quite different. He’s someone that has inspired me and I listen to a lot but I’m not sure if we could make it work musically. Last one, if Switch was doing stuff again, it would be next level to do a Switch record.

In a past interview you mentioned that a goal of yours would be to tour overseas. You’ve achieved that, you’re here in the US and you tour in Asia as well. What’s your new big goal?

Let’s get some platinum records! No, I’m just being a smart ass. Honestly, I’m happy just doing what I’m doing and touring as much as possible. I’d love to come back here and tour as well as tour back at home, do little spot tours here and there. Honestly to be able to tour all over the world and DJ I’m happy with that.

There’s the place called Messina’s and they are going all over Australia; it’s the best gelato you’ll ever have. Maybe it’s better in Italy since that’s where it comes from but Messina’s is very special. If we’re talking strictly ice cream though, my favorite is one of the Ben and Jerry’s Triple Chocolate Fudge.

Do you have any hidden talents?

I can do this [proceeds to roll tongue]. I think only a small percentage of people can do this. I don’t know how you’re going to write that up.

Don’t be afraid to drop me a line or ask me questions even if there are producers that have tunes that they need help with or need direction, I’m always happy to talk to anyone. Also, follow me on social media! I just got Snapchat so I’ve been snapping everything. LO’99’s Snapchat: @getlo99

Connect with LO’99 on Social Media: 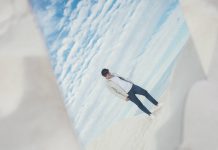 Ukiyo Takes You on a Cloud-Filled Journey on Debut LP 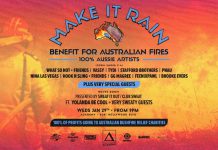