Syncing To The Network, a Ghost In The Shell Soundtrack Review!

Get your robotically enhanced ears ready and sit down, because we are about to sync to the network as we dive into the music inspired by Ghost In The Shell. This 39-minute album inspired by Paramount sci-fi action movie was just released, starring Scarlet Johansen as Major, a first of her kind bio-mechanized weapon designed to keep the peace in a world torn by cyber terrorism. It would seem the studio meant for this album to be just as jammed packed with action seeing as they STACKED these artist features. This soundtrack has a plethora of EDM’s elite boasting remix’s from Steve Aoki, original songs by Above & Beyond and even features from DJ Shadow and Boys Noize. Before sitting down and writing this, I listened to the album twice, then went to see the movie, to link up certain parts of the movie with the soundtrack in my own mind, then came back and listened to it again; giving myself the most immersive thought process possible. I synced myself with this album and movie much like the movie characters sync with their bio-mechanically enhanced minds and limbs. Listen to the album and read on for my full review below!

Stream Ghost in The Shell Soundtrack on Spotify:

Ghost in The Shell Soundtrack, Track By Track:

THEY WENT ALL IN RIGHT OFF THE BACK! I mean, talk about having a hand in Texas Hold Em’ and throwing all your chips in. Essentially with this track, the studio thought they ANNOUNCING what they think they have with this Soundtrack. Track 1 molds the old with the new much how Japanese culture once did in the late 1800’s. Kenji Kawai is a well known Japanese Composer. He has composed for anime movies and numerous Japanese films. Then you have the very very popular, Steve Aoki who most recently took The Main-Stage by storm at Ultra Music Festival (check that out here) This track has a super old school, old world Japanese Film vibe with kids chanting in the background yet comes out of nowhere with HUGE DROPS. This track is HEAVY yet retain an ambient nature that had me playing it over and over. A most solid way to pay homage to such an iconic Anime.

As I said up top, way to come so BIG in track 1, only to send up to track 2 entitled “The Hacker”. That really isn’t a good name for this track, better to have called it “The Interlude” cause it sounds like an “in-between” track used to tie two other actually songs together, yet it was still missing something to even be that. Sorry but this sounded like the part of Ghost In The Shell or The Matrix when people were tied into the network and the processor was kicking on. Like a better sounding AOL dial-up tone. To harsh? It is ironic to because Johnny Jewel a producer and composer who’s been releasing music since the mid-90’s is the producer AND appears 2 more times on this Soundtrack

All I can say again (and I really want to be able to say more simply for content…) is this track sounds as if it should be another “in between” track setting up for something much bigger. it really does seem like it is a track that’s leading you up a peak and THEN the good stuff will be had.

This must be the track that previous “The Hacker” and “Cathryn’s Peak” were preparing us for. Track 2 and 3 were just as I said, our metaphorical bodies being lied out on the table and plugged in, the plug inserted (track 2) and the computer starting up (track 3) because I LOVE this track. The calm, serene and ambient tone DJ Shadow and Nils Frahm put together is a much-welcomed surprise. I expected this soundtrack to be sounds that matched a sci-fi, action packed blockbuster. This track wisps me away in my mind, the sounds painting a beautiful classic anime picture much like the old Miyazaki film Spirited Away. This track is an anime nerd’s acid trip.

A classic Above & Beyond sounding track that compliments “Scars” very well. This part of the album takes a very pleasant turn for the listener, shifting from a very EDM sound to a more tranquil, alternative sound much like an Alt-J track would sound. I dig it one-hundred percent.

I find myself in a haze as I enter this song. If I had my eyes close id imagine myself coming to a sort of crossroads. Still, ambient yet somehow carries an ominous tone to it. This would be the part of the movie where the protagonist would “find something” or “find something out” that would alter the whole course of the movie. You could imagine this song playing as one saw a flashback. This song title truly matches the ominous tone produced by IO Echo, an American-Indie rock band out of LA; Aokigahara Forest or as it is known “The Suicide Forest” rests on the North Western side of Mount Fuji in Japan. If that doesn’t give you chills…

Continuing with this slow, ambient theme the middle of this soundtrack seems to be carrying, we have Trick’s “Escape”. Tricky adds to them a  sense of intensity. this track feels like it is stalking you as it plays through. The song starts off this with very intense ominous build suddenly to stop and twangs and strums of guitars play. Tricky then adds some deep 808 kicks that compliment and only encourage that intense, slow, ambient vibe this soundtrack is building upon.

This remake of the 1990 hit from Depeche Mode was a PERFECT addition to this soundtrack. The original was off Depeche Mode’s 7th studio album entitled Violator. This is also the song that the studio decided to use for the main preview of the move (see below). The theme being the want to releasing one’s self, freedom from control, the meaning of one’s actions and how they affect other all PERFECTLY relate to the movie plot and theme. K: Theory WENT IN on this track keeping many of the same lyrics making them echo more, adding deeper piano rifts, but keeping that AMAZING Depeche Mode synthesized epicness. I also like K:Theory’s usage of silence to accent certain moments and lyrics in the track.

It is here the soundtrack seems to pick up the pace again. Johnny Jewel returns with a  LOUD BUILDS followed by silence…

Track 10 entitled “Bed of Thorns” comes to us from London singer and writer Gary Numan. This track reminds me of all the old 2000’s movies like Blade and Queen of the Damned. This track would be played at a dark underground club during some intense sexual encounter in the movie. It gives me the creeps yet entices my mind.

Ok round three Johnny, how are we going to play this? SERIOUSLY, Johnny is killing me. I feel there is so much talent in this guy, but all these tracks are just interludes, that should be titled as such. I’ll give him this, he would be amazing for writing music for Stranger Things” or podcast like “No Sleep”

This is the perfect conclusion for this soundtrack. Kawai deserved more than just to be part of a remix on this album. I for one am a huge fan of anime scores and the old films of Miyazaki. I know Kawai’s music very well and this song pays such beautiful and powerful homage to Ghost In The Shell, This song can be summed up in one word, POWERFUL. See the epicness of this composer for yourself below, I’ve attached a link for Kawai’s 2011 orchestra performance for the original Ghost In The Shell Anime.

I have looked forward to seeing the Ghost In The Shell movie for over a year now. I had high expectations for the movie as well as the score for the movie, as Ghost In The Shell is one of the most timeless and loved animes to ever come out. When I saw that the studio had made the decision to add Kenji Kawai to the album and seek his guidance I knew we had a chance. This 39-minute soundtrack paid homage to the beloved anime well. I would have preferred to have seen it as one cohesive record but I believe the studio mean for it to be heard by the mind that way. The songs flow from one another well though if I had been the studio I would have switched tracks 1 and 12. It is as the Japanese practice of Confucianism teaches us, “Pay respect to the past…”. Have the OG before any remix, simple as that. 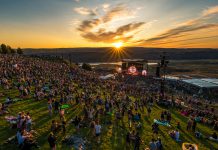