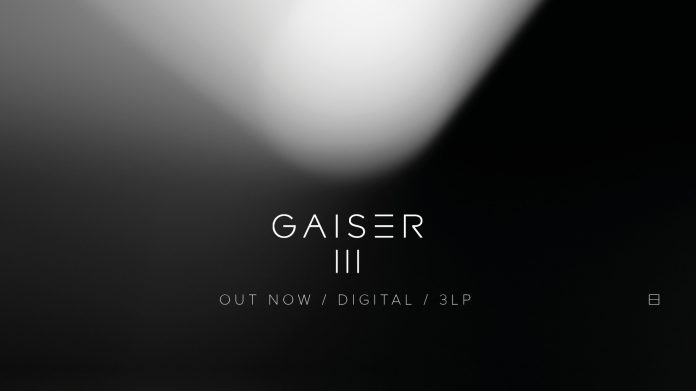 Jon Gaiser returns with full-length album III, boasting a slew of tracks that are nothing short of ridiculously addicting!

Long time MINUS artist Jon Gaiser, or Gaiser, for all of us techno lovers, is back with his third studio album on Richie Hawtin’s influential and taste making techno label. Simply entitled III, the full-length album is officially out, after a tease in the form of Gaiser’s single release “On The Way“, which includes an exclusive remix by Dubfire!

Throughout his career, Michigan’s own Jon Gaiser has become known for his forward-thinking techno and sensory stimulating live audio-visual shows. Mixing up both analog and digital recording techniques, his abstract music never fails to be both cerebral and cinematic as well as fresh and physical, never-ceasing to place you right in the center of his own special universe. With his signature sound, he has created a shift in the direction of underground electronic music, starting a movement of atmospheric bass-line driven techno that is entirely unique and unmistakable. All of his music has come almost exclusively on Richie Hawtin’s MINUS label, and with such an incredible platform, he has become an influential part of the modern-day techno landscape, both on stage and in the studio. III is the divine representation of the brilliant artist that Gaiser has blossomed into since blasting onto the scene, combining true techno elements with some seriously creative and out of the box features that bring each track to life. Gaiser’s III, a brilliant auditory story tale, may just end up being one of the best techno albums delivered in 2017!

Check out the album and then tell us what you think in the comments!

‘III’ begins with a track packed with alienistic sound bytes, a great underlying drive, and energy for days. I would describe this piece as an auditory trip, preparing you for what’s to follow. “Wirelife” is a perfect choice for the album opener as it sets the tone for the rest of the album and places the listener into a hypnotic state of mind and reveals the direction that Gaiser has chosen to take on this album.

Feeding off of the opening track, “Stringtest” offers up a more quirky vibe with a simple yet inviting beat. Finding a fine balance of darkness and light, this is a playful tune with a lot of depth, once the 2-minute mark hits. There is no thinking required to enjoy this piece. Just grab onto the beat and ride that sweet techno kick!

“Facefall” is saturated with a melody that flows like liquid. I imagine being sucked in and out of massive bubbles as I float over the horizon. A great nod to the imagery that music can muster up. This is a great club track; something that I feel would fit in nicely at some of the hottest parties on the planet. “Facefall” remains consistent from start to finish and the use of effects on the vocal clip really help to break up the track.

Another high energy piece with semi-intense builds and a quick pull back in the beginning. There is a very interesting ebb and flow to this piece and something mysterious about it that keeps me coming back for another listen. Suddenly, I reach the 3.5-minute mark and the power is unleashed. Just like with “Facefall”, this track is designed for the peak hours at the club as the energy is at its highest level.

What I love most about this track is that it has kind of tribal undertone combined with a freaky chopped up urban soundbite that brilliantly contradicts the general vibe of the track. This is the grooviest piece of the lot and is the perfect choice for a wild night in the underground. With “Rubdown” we hit a crescendo as the album unveils its next chapter.

This track inspires dance floor mayhem. It begins very grounded but then takes flight as a high-pitched synth creeps in to steal the spotlight. There is a lot of layers to this piece, with a heavy bassline that inspires you to sink your feet into the dance floor and do away with all inhibitions. I personally could not sit still enough to continue working on my review without a quick break for an impromptu dance session.

The intro on this track is ridiculous! With a robotic sound bite, instantly you are drawn in with a drop that introduces an insatiable and fast tempo beat. Best way to describe this piece? Energy, energy, energy. This is one of my favorite highlights of the album with mechanical builds and reverberating synths. We have reached our peak!

“For Balance” immediately reveals itself to be the deepest track on the album, but not without complimenting chimes for balance. Loaded with scratchy synths and echoes, this piece is layered in equal parts depth and flow, especially throughout the middle of the track.

We have reached our closing track and appropriately, this one is a bit more subdued but still packs quite the punch with all the important techno elements intact. A great track to wrap up an energized album. The best way to describe this one? Calming and romantic with a whole lot of class. Add into the package a typical big remix from SCI+TEC boss and techno megastar Dubfire and you have one of the essential releases of 2017! Listen to the Dubfire remix by clicking here!

The album kicks off with unique, intricate, and trippy sound bytes, offering a peek into who Gaiser is as a creative artist. As the album’s tracks reveal themselves, the latter tracks offer up more depth with some pretty heavy hitting stuff. This trend lasts all the way through to the final track which pulls back just a bit and allows the listener to unwind. Honestly, the flow of the whole album couldn’t be more perfect. You can tell that Gaiser looked to this album as a whole unit, rather than just throwing a bunch of tracks in without any concern for how they would play off of one another. This is a true techno experience album. One that marries the styles of his previous albums with the dark techno vibe of ‘Blank Fade’ and the groovy vibes of ‘False Light’. Keep your eyes and ears firmly planted on Gaiser this year because, with this incredible release, a brilliant new layer in Gaiser’s illustrious career is born! 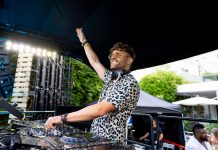