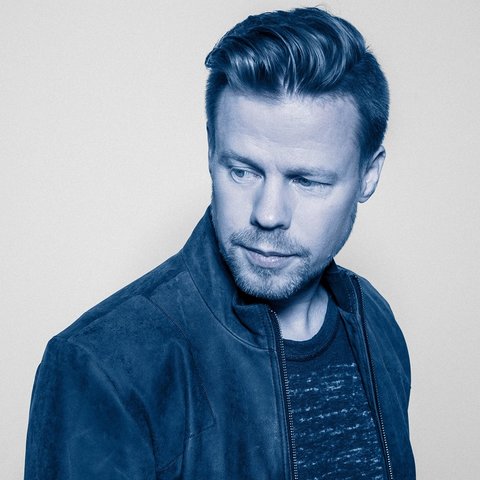 Our society is amidst an ever growing and ever evolving digital era and for Ferry Corsten, this has become the focal point for his 5th studio album called Blueprint!

Blueprint, set for release this spring on Flashover Recordings, was born out of the passion to “recode” how music delivers its story. This album that has been constructed so that its effect on all who listen to its story will be “greater than the sum of its parts”.  Focusing on the idea to unite the music with a storyline that goes beyond a lyrical theme, Ferry wanted to incorporate the art of screenwriting and film scores to obtain a wider reach. Drafting acclaimed screenwriter David H Miller (of House Of Cards and Rosewood fame), the pair worked closely on storyboarding a narrative to accompany the album’s conceptual direction. The gift for the listener is a body of work that is precisely polished, synthesized, and intellectually directed in its final result!

With the storyline giving a beautiful shout out to the mastery of iconic sci-fi authors such as Jules Verne, Hugo Gernsback, and most distinctively HG Wells, it also hones in on current shows such as The OA, Westworld, and retro sci-fi series, Stranger Things. Blueprint is an explorative piece of work that puts sci-fi at its interstellar core. Hollywood actor, Campbell Scott (known for The Amazing Spider-Man and The Exorcism of Emily Rose), lends his voice and is the narrative of the album and bounces between first and third person. A unique and wildly creative expedition for one of the biggest names in the electronic scene, Ferry attempts to bring a wider perspective to the listener as he aims to shed light on the concepts of religion, history, and science fiction. Blueprint is truly an explorative new age journey and one which Ferry Corsten is finally excited to be sharing with his faithful fans!

To give fans an opening introduction of the album’s tracklisting, Ferry has chosen to gift the first single and title track “Blueprint” on his official SoundCloud as an offering to give music enthusiasts a taste of what’s to come. Already supported by some of the biggest names in the industry, including Armin van Buuren, Markus Schulz and Above & Beyond, “Blueprint” is truly the future and a freshly reinvented expression of electronic dance music! If that is not enough, opening with the announcement are nine confirmed shows that will spread across Asia, Europe and North America, The official Blueprint Album Tour will touch down at iconic clubs such as Myst in Shanghai, SW4 in London, Exchange in Los Angeles, Webster Hall in New York, and so many more!

Stream the official preview of Ferry Corsten – “Blueprint” on SoundCloud: 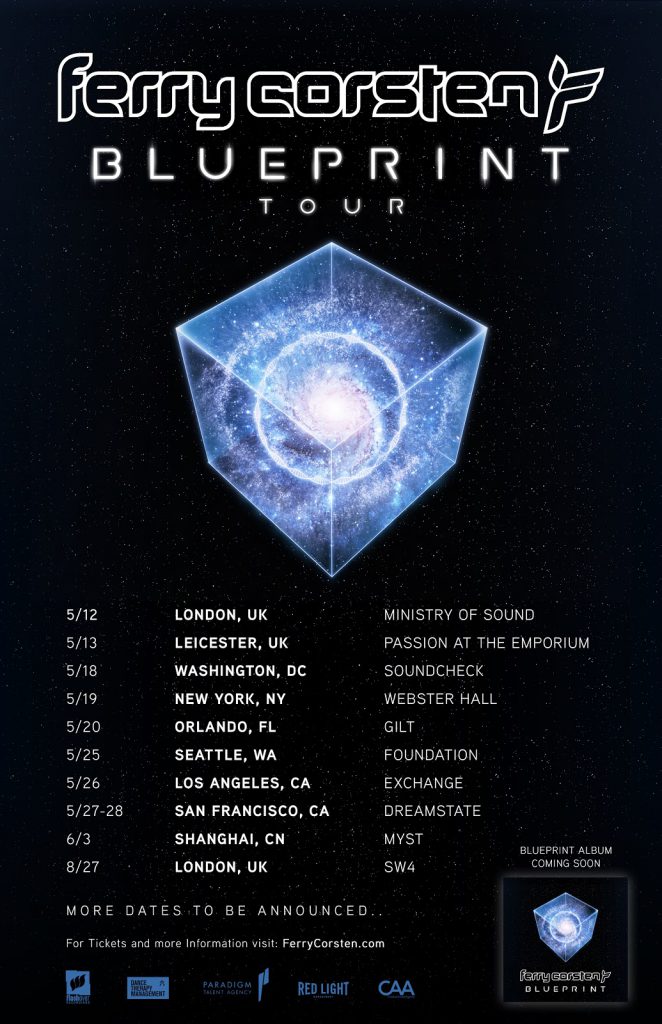 For more information on the tour or to purchase tickets, click here!