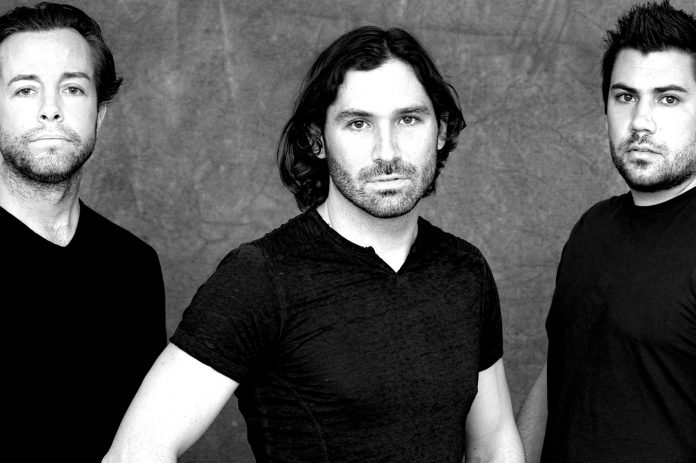 Besides chicken wings, sports teams and snow the city of Buffalo is also home to the trance producers known as Local Heroes. They have recently released the original track featuring Linnea Schossow titled “Home” on Lange Recordings with remixes from Allen & Envy, Mike Saint-Jules and Ariel & Danilo X DJ Xquizit. The Allen & Envy remix is currently at #22 on the Beatport Trance Top 100!

Local Heroes may not be a name you’re familiar with at this time but chances are you’ve heard one of their over 40 original productions. They have had tunes played out on a plethora of trance radio shows, notably A State of Trance, Corsten’s Countdown, Group Therapy, Euphonic Sessions and most recently Pure Trance Radio. They have also had the honors releasing a remix of “Lover in the Dark” by Kyau & Albert.

Check out the remixes of “Home” by clicking HERE!

Who are the members of Local Heroes?

Local Heroes is made up of 3 members. Two brothers, Adam and Kevin Somogye as well as a very good friend Stefan Moroz..

How did Local Heroes start?

Well about 4 years ago, Adam, Stefan and I were hanging out at my place talking about music probably having a beer or two and we came up with this crazy idea to start a DJ/Producer alias to pursue a hobby we have had for many years. As a group we have everything you need to make it work. Adam and I (Kevin) DJ’ed, I have some musically background with the production side of things and Stefan has the most extensive musical background so he’s in charge of writing.

What gear do you have in your studio?

Awesome question and we are excited to finally get the chance to share some info about our studio. We built ‘Local Heroes Headquarters’ from the ground up, gutted an entire room, sound proofed the best we could with decoupling. We also spent time doubling up on drywall and plywood for the floor, which is installed with a special glue that helps prevent vibrations from transferring through the layers. Once we finished the build we had to start deciding on how we wanted it to look. We chose dark grey and black for the paint scheme and a dark bamboo hard wood floor that we absolutely love. Now onto the technical stuff. First, we have the room filled with acoustical paneling from Prime Acoustics on the 4 walls and on the ceiling we have 4 broadband panels to finish it off. Speakers are the Adam A7x’s with Ultimate Support monitor stands, hi-end Mogami cabling throughout, Apollo Twin Audio Interface, LG Ultra Wide computer monitor, DAW is Cubase Pro 8.5 with a ton of VST’s – Omnisphere, Waves, Spire, A.N.A and Komplete 10 are just some of the tools we use. We also have a ton of samples from various sample packs.

Sounds like you guys have more than a few pieces of gear in the corner of a living room. Who has influenced you guys?

All 3 of us come from the era of 2000-2004 so Tiesto was probably the biggest influence in the beginning, then we have Mat Zo, Arty, Orjan Nilsen, Armin van Buuren, Markus Schulz, Above & Beyond, Rafael Frost, Andy Moor, Paul Oakenfold and Paul van Dyk who have all influenced us at some point throughout the years.

Do you have a memorable moment with trance?

Some of the most memorable moments we have in Trance come from the parties we went to at Guvernment in Toronto. The venue was the best we have been to and the atmosphere and energy the place creates is something we will never forget. As for us DJ’ing we would have to say is having the opportunity to close Pacha NYC, being front and center in an iconic venue is such an amazing feeling.

Trance now is finally going back to its roots. There was a time a few years ago where everyone said trance is dying and we felt the same. It lacked so much emotion and feeling but now the feelings and emotion are being put back into the music.

You capture those feelings and emotion with “Home”. How did you connect with Linnea Schossow for the vocals?

The creating of “Home” took over a year from the start of the instrumental to the writing of the lyric. We finished the first demo and sent it over to some labels with no avail. After sitting on the track for a little while and listening to it over and over we came to the conclusion it was missing something, that’s when we decided it needed a vocal and we sent the demo to Linneas SoundCloud page. She responded very quickly and was excited for the project. We left it up to Linnea to write the perfect lyric since she is the pro. She sent us a few demos a long the way and the first time we heard them, we definitely had goosebumps. Once she had the lyric finished we had to make some changes to the instrumental to capture the same feelings as her vocal did, that’s why “Home” has that very classic trance sound.

I’ve been around long enough to see people come and go if they don’t “make it” after a couple of years or after years of being a promoter like you were throwing your own events. The term jaded comes to mind. What keeps you going?

This is going to be a short answer, unrelenting passion!

Do you have visions of quitting your day jobs to tour the world?

*Laughs* Absolutely yes, those thoughts and visions do come to mind but you have to stay grounded and wait for that time to come. If you focus on just that you lose sight of what the main purpose of what you are doing. We just want to create lasting memories for the fans through our music.

At a recent gig you played some tunes that could be described as ID – ID. What’s up next for Local Heroes?

Yes we did play a lot of our new projects. One is a collaboration with Cressida from Euphonic. Ralph thought our sounds would mesh well and the end product is coming along pretty nicely. Another project is with a very talented vocalist name Tyler Garrett, he contacted us after 585 was played on Group Therapy with a demo and we absolutely love his voice. This project is still in the works as of now. Lastly, we have a huge remix for Kyau & Albert, can’t say which song here but if you heard it live you will know which one, this is coming out in a few months. Stay tuned to our Facebook page for the latest info! 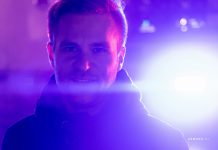 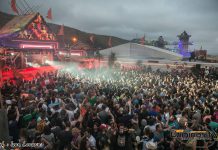 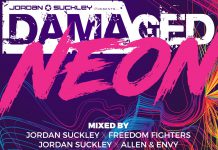