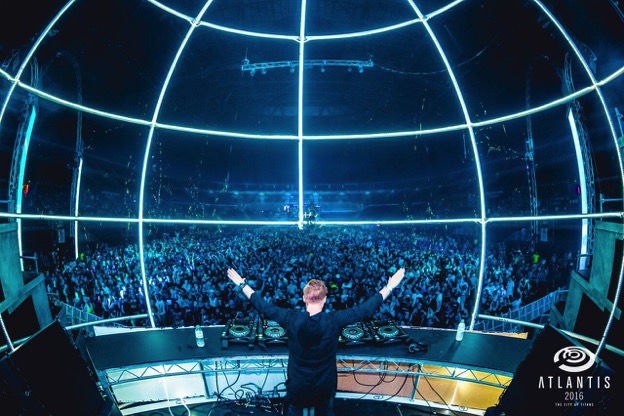 Gouryella began in 1999 with the purpose of spreading the beauty that is known as uplifting trance. The first year of the project saw both Ferry Corsten and Tiesto as the catalysts behind the alias but as fate would have it, ultimately Ferry Corsten would take the reins as a solo act and Gouryella would soon be a name that would attract the attention of trance fans all over the world. With tracks like “Gouryella”, “Walhalla”, “Tenshi”, and “Ligaya”, he was on the fast track to being one of the most iconic aliases in the industry. And after 13 years of silence, Gouryella has come back with such a force that it has the world buzzing with excitement. In 2015, “Anahera” was released and instantly became a #1 hit on the Beatport trance chart and got fans hot with anticipation, wondering if this was the official return of the iconic project.  Well, wonderful news has arrived. Gouryella is back and an unforgettable tour has begun in its wake.

Listen to Gouryella- Anahera on Soundcloud:

Starting in Australia, specifically in Sydney and Melbourne, and then following up with a show on the Dreamstate stage at Beyond Wonderland in California, Gouryella rocked trance fans with sets that would stay true to the project’s direction and lift the dance floor to new heights of trance paradise.

The rest of the year will see Gouryella at the forefront of some major festival lineups and I think it is safe to say that this year may also bring some more insanely anticipated track releases as well. If you are heading to a festival on his tour schedule, I urge you to get to his set. It will be a transformative experience and if you weren’t a trance fan in the past, you most certainly will be after checking out the beauty and power that comes with his game changing sets.