515 Alive Music Festival 2016 will be held July 22nd and 23rd in Des Moines and is Iowa’s original and longest running music festival! Limited discount passes are still available through Eventbrite and can be purchased here. General admission is $49 and VIP costs $75, which is a great deal compared to other 2 day festivals. 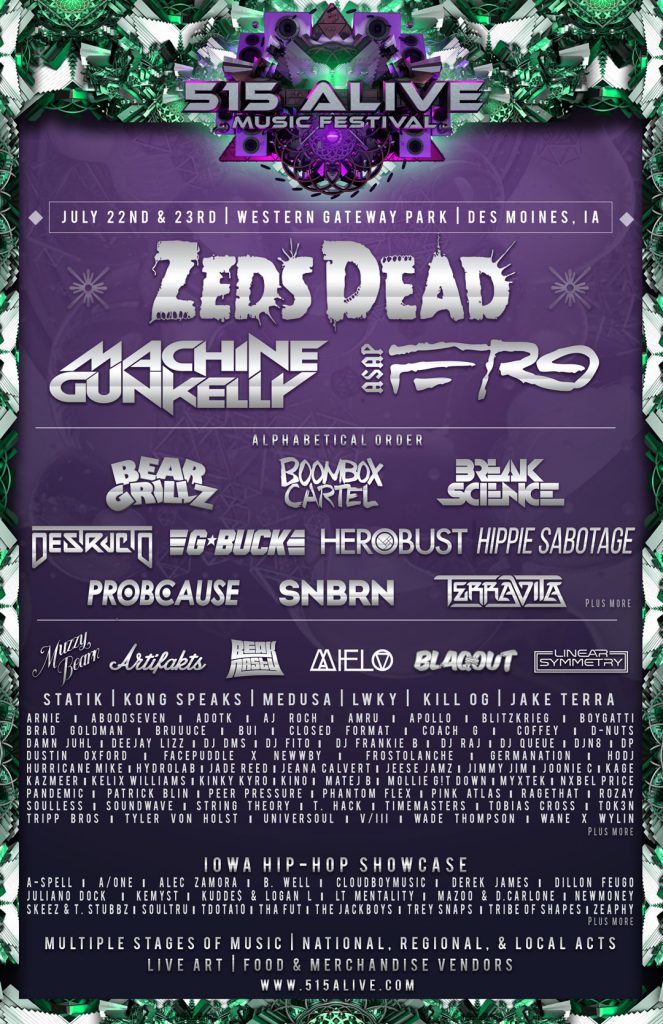