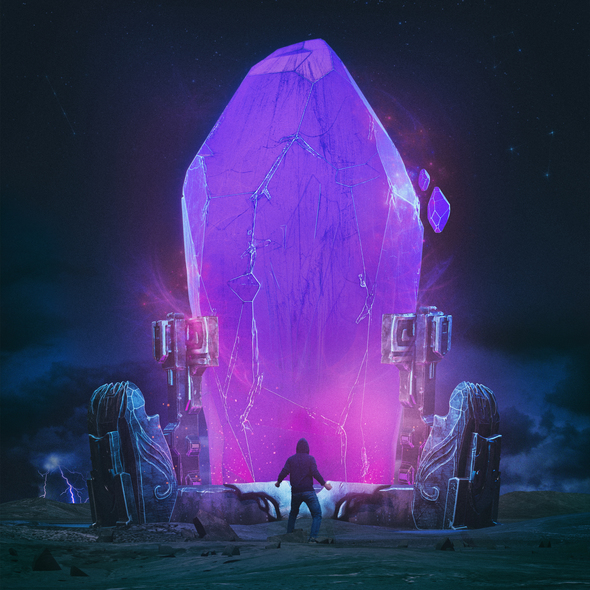 Veteran DJ meets Juilliard graduate. In an era where unexpected ingredients thrive, Mako offers a truly unique experience created by Logan Light and Alex Seaver. Since their start, Mako has built a working relationship with Interscope Records, quickly finding themselves in studio with some of dance musics top artists (Avicii, Sander Van Doorn, R3hab, DubVision, Heather Bright, Le Castle Vania, and many others). Mako’s first label release, “Into the Light,” on Spinnin Records, reached #3 on the Beatport Top 100 in just a week and sat in the top 5 for over two weeks.

The duo had this to say about the new track: “Hey guys we have something very special to share today. We’re super honored to have worked with the team at League of Legends to create a remix for their new album, Warsongs. Ever since growing up I’ve dreamed to be a part of something like this. Hope you guys enjoy”

Melodic guitar starts out the track, complimented by a soothing violin as the song develops. Synth takes the forefront, and the blend of the three is just as intoxicating as chasing a heavily fed Singed. The tempo fluctuates, but has a wonderful pacing. This track would be great to hear live some day!

Christian Bauhofer, better known as Minnesota, has always been one of the bassier talents among the lineups as of late. This producer and DJ heralding from Santa Cruz, CA that has been lighting up venues across the country with his frantic energy and pounding bass. Seeing him open for Excision last year really put him into perspective for me.

“A few months ago League of Legends reached out to me to remix a song off their soundtrack. I used to be a big gamer (many hours on WoW and Counter Strike) and when I found out that League of Legends is currently one of the most popular games in the world, I was in.”

This track was surprisingly lighter compared to many of his other tracks, but still a great one nonetheless. Solid build up, funky drops, amazing chord progressions. Take the chords of Sona, and add a few layers of old 90’s racing music, you have Edge of Infinity.

Jauz is one of those guys you have to respect because he just throws wild sets and gets the blood flowing when you see him live. You never know what to expect but quality. The 21 year old LA local has his euphoric originals and viral remixes seamlessly weave in and out of several musical categories. Jauz has one creed: “music has no boundaries.”

“So excited that my remix for League of Legends is out today! I know a lot of you have been asking for this remix since you heard it in my sets so go DL it for free!
If you want to play together on LoL add me: Jauzofficial”

With some serious drops and dub, Jauz sets the bar for much bass a track from League of Legends can go. It is harder than Leona’s shield and I couldn’t be happier with it. My personal favorite of the entire album.

The dutch duo, Ruben Den Boer and Victor Pool, unite as Vicetone. These two are consistantly dropping amazing releases and remixes from the likes of Adele, Linkin Park, Nervo, Cash Cash, and so many more. Now they can add League of Legends to their already illustrious resumé.

“We’ve got free music for you guys!!
If you are a gamer, you probably have heard of League of Legends. It’s an extremely popular PC game with over 75 million players worldwide. The good folks from Riot Games reached out to us to remix one of the original soundtracks in the game, and we were very excited about the opportunity! We think our sound for this one fits well with the game world. Let us know what you guys think of it.”

They take this track and transform it into a disco-y soothing track. It’s hypnotic and melodic. PROJECT: Yi (Vicetone Remix) has a sound that just grabs you and makes you want to dance.

The ever elusive Marshmello has also joined the League with a hard hitting remix of his own. He’s been playing the top festivals, selling out venues and also recently ushered in 2016 for OMFG! San Diego.

A person with few words, this was all he had to say about the new track, “Had so much fun teaming up with League of Legends to do a warsong remix! Go and grab the free DL now”

The electro tone draws you in immediately like an Blitzcrank arm, then the fluffy hip hop beat pops up like a Cho’Gath stomp. “123, make it bounce!” is prevalent and a wicked bassline throughout.

Sushi Killer and Kevin Villecco are Hyper Potions and they make great music. Nothing else needs to be said about them.

“Incredibly excited to announce we are a part of the League of Legends Warsongs album, so honored for the opportunity”

Taking a shift toward the lighter side, Hyper Potions take their remix to Let the Games Begin to a happy, poppy side of EDM. But don’t think for a second that this isn’t a booming track either. These two entangled some solid bass drops within the 8-bit chibi sound just like Zyra notoriously does in the Arena.

It’s no secret that Russian EDM star Arty is big fan of video games. He’s vocal about his passion on social media, and will soon launch his own channel on gaming TV platform Twitch. First though, he’s become part of the huge ‘League Of Legends’ video game world that he’s a huge fan of, remixing one of the soundtrack’s standout anthems as part of the Warsongs compilation and Arty has sprinkled some of his signature magic over the track Worlds Collide.

Arty says he feels honored to be part of this album, and he hopes the passionate League Of Legends community will love it as much as he loved making it.

It’s a fierce take on a graceful vocal track which slowly but surely builds through layers of atmospherics. Electro gradually swells in prowess as we had for the euphoric breakdown. Honeyed female vocals glide over classic trance. A restrained yet dramatic build then drives us towards a full-throttle electro overload for the track’s conclusion.

The “Electro-yet-Complex-Progressive” James Egbert has some big opportunities coming up in 2016. This up-and-coming producer has now joined the ranks of a very talented pool of artists that have come together for Warsongs.

“When Riot Games contacted me last year about being a part of their new League of Legends remix album, ‘Warsongs’, it was an immediate yes. I wanted to go out of 2015 with something that was epic and energetic with an infusion of electro sound design, and the game’s original song ‘The Glory’ gave me exactly that opportunity. I’m stoked to announce that the album is out for FREE now, and with a remixing cast including ARTY, JAUZ, marshmello, Vicetone, MitiS, and Mako, I’m sure you can imagine that the entire thing is stellar.

There is definitely the James Egbert sound in this track. He takes a few simple melodies and added so many layers to deliver an invigorating track. It’s breath-taking, high energy and impactful; just like Lux’s Ult.

MitiS – The Boy Who Shattered Time

Let the sands of time flow freely and check out MitiS. Once a classical pianist in Pennsylvania, MitiS has been making his way into the Electronic music scene for the past few years. He has been producing tracks from genres ranging from Dubstep to Electro and dishes more fire than Brand ever could.

This track is a lot calmer than the other posts within this remix album Warsongs, but it is still empowering with its chord usage. Electro is the name of the game for this track, dropping in lots of buildups, break-beats, and synth usage. It’s amazing how MitiS all but tells Ekko‘s story with this track, with just musical tones and no lyrics.

Composer Dan Negovan joins the ranks of amazing remix artists here on Warsongs. His SoundCloud boasts so many quality tracks throughout the years. His 9 years as a composer really shows through and carries a pretty respectable resume as well, with credits in Disney: Infinity 3.0, Ultimate Spiderman and numerous films.

Lucidity (Dan Negovan Remix) has such an upbeat tone, with some menacing dub mixed in! This remix has some serious power mixed into the original’s horns and melodic bassline.

What happens when you blend alien technology, robotic precision and human emotion together? You summon ProtoShredanoid! These two guys (Jason and Matt Willey) have found a way to encapsulate the entire cosmos into musical for and broadcast it out just for us. Their entry within this album is undeniably the furthest from the original, as they have incorporated more metal than Pentakill‘s entire Smite and Ignite album.

This song is so metal it’s amazing that this could even be considered a remix anymore. It’s atmospheric, brutal, and is of the utmost quality production wise. Headbanging is almost required, and I immediately get the vibes of a Destroid style song with this one. Silver Scrapes is undoubtedly powerful with it’s guitar riffs, epic chords and brutal bass. Even if you don’t listen to metal usually, it is one of those songs that will easily get you to let loose and air guitar with the rest of us! 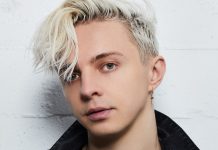 ARTY Releases Second Volume of ‘From Russia With Love’ 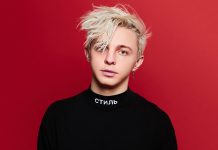 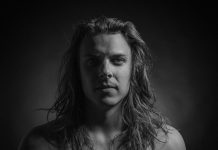