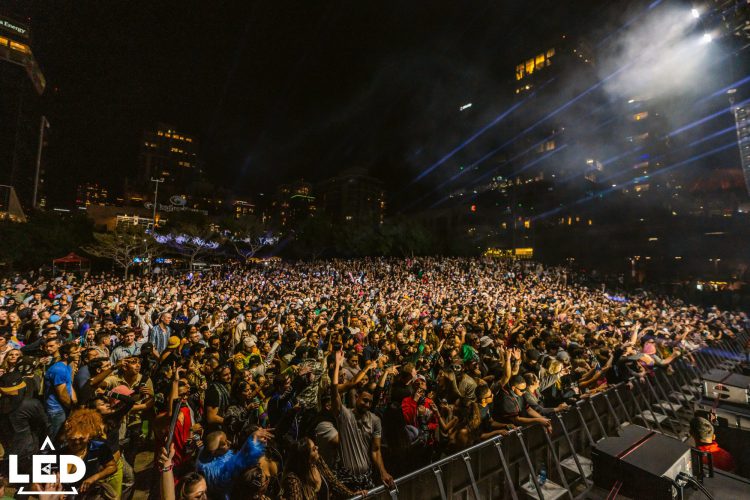 Madeon, BIJOU, Blanke, and more are set to join REZZ and deadmau5 in San Diego for the upcoming edition of LED Anniversary!

San Diego-based party throwers LED Presents have dominated the past decade of the scene with countless events and special club nights that pack a punch with jam-packed lineups. Days after the dust settled from the most recent edition of OMFG NYE, they announced the return of LED Anniversary, which had been on hiatus for two years, with news that REZZ and deadmau5 would headline the show. Today, the full lineup for the event has been revealed, and it’s teeming with talented artists to back those two up.

Joining REZZ and deadmau5 at Petco Park’s Gallagher Square on February 24-25 is special guest Madeon, who is set to perform a DJ set last the event. And if that wasn’t enticing enough, then there is a heavy dose of house music at LED Anniversary from artists including BIJOU, Laszewo, and Matroda, while bass lovers will get their fix from the likes of Blanke, Ekali, Ghastly, and William Black. With this lineup, there’s no doubt that the crowd will be energized and grooving all weekend long.

Related: Looking for even more fun in San Diego? Don’t sleep on the John Summit when he heads to America’s Finest City for an Off The Grid showcase in April!

Two-day GA and VIP tickets are on sale now for LED Anniversary, with GA currently at $109.99 (+fees) and VIP at $200 (+fees) for those who are 21+. VIP amenities include express entry, as well as exclusive viewing areas, bars, and restrooms. Payment plans are also currently available for a 50% deposit down.

Head over to LED Presents’ official website for more details, grab your passes via Showclix, and let us know if you plan to attend LED Anniversary this year on Twitter!