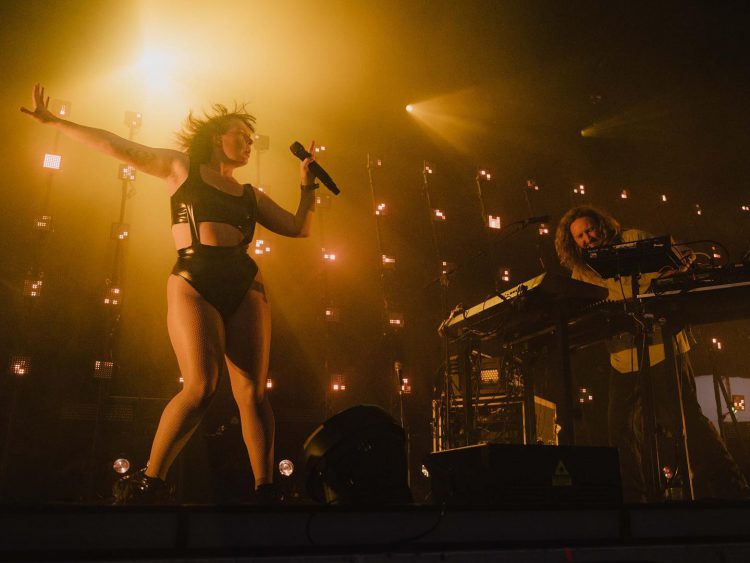 Sylvan Esso will be heading out on their No Rules Tour with stops at festivals and cities throughout Europe and North America.

Electronic Pop band Sylvan Esso have their sights on an extraordinary 2023 with the announcement of their summer No Rules Tour. They are bringing their latest album, No Rules Sandy, on the road with stops at major festivals as well as some of their largest headlining venues to date. Joining them on select dates are GRRL, Dehd and Indigo De Souza as support.

Kicking off on June 14 in Asheville, North Carolina, Sylvan Esso will make their way to cities including Toronto, Washington DC, Minneapolis, Berkeley, Las Vegas, and Phoenix. The duo will also perform at Bonnaroo in June, as well as at iconic venues such as LA’s Greek Theatre, and Red Rocks Amphitheatre in Morrison, CO. Throughout July, fans can catch Sylvan Esso at various European festivals in Berlin, Amsterdam, Dublin, London, Lisbon, and Madrid. Keep an eye out on their socials as more US festival appearances will be announced.

In addition to the tour, on January 20, New Rules Sandy, will be released in physical formats. Fans will be able to purchase a deluxe vinyl LP, CD, and cassette. To celebrate this release, Sylvan Esso will be holding exclusive events including a signing on January 18 at Rough Trade in NYC, as well as a DJ set/signing at LA’s Amoeba Music on January 25.

Tickets to Sylvan Esso’s No Rules Tour are on sale now. For more information and to purchase yours, visit their official website, and don’t forget to pre-order your physical copy of No Rules Sandy!

* with GRRL
% with Dehd
# with Indigo De Souza

Meet Tomorrowland’s New and Improved One World Radio in 2023