GRiZ and Gryffin to Headline Get Lucky 2023 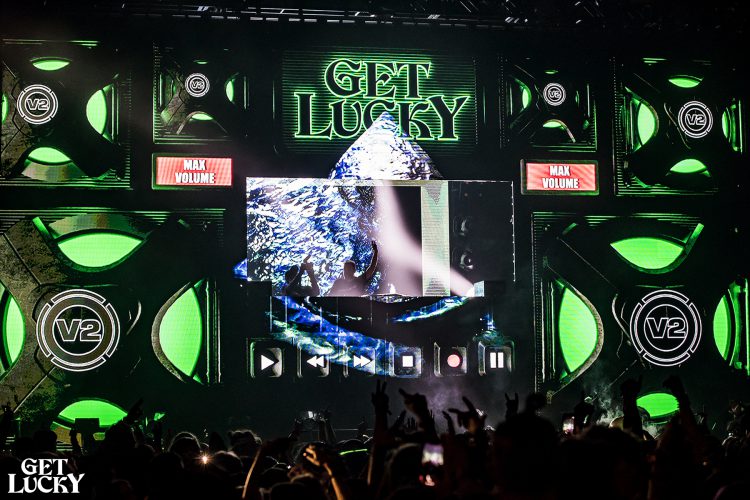 GRiZ and Gryffin are the first two artists announced for the upcoming edition of V2 Presents’ annual spring festival, Get Lucky!

While many might be sitting back and reflecting on the ups and downs of 2022, V2 Presents is already looking toward the future. In November, they warmed up the scene in Utah with news that their annual spring festival, Get Lucky, would make its return to The Great Saltair on March 10-11. Now, they’ve added more fuel to the fire in the midst of the holiday season with the first two artists to be revealed on the lineup.

Past editions of Get Lucky have hosted some of the biggest names in bass and house, and V2 Presents is gearing up for another fantastic lineup with news that GRiZ and Gryffin are set to headline the festival. Friday night will see GRiZ dominate the decks with his vibrant sound and signature saxophone in tow. He’ll be coming in hot after a massive run in 2022 that saw him launch numerous curated events and release tunes that the scene continues to gobble up. Saturday will bring Gryffin to the stage, who also had a massive year with the release of Alive and epic performances that captivated his fans.

Related: Want to get a feel for what Get Lucky is like? Check out our review of the 2022 edition to learn more about the experience!

These two artists will set the tone for the rest of the lineup to be revealed in the coming weeks, so stay tuned to their social media channels for the latest updates and information.

Tickets for the upcoming edition of Get Lucky are on sale now, with GA currently at $120 (+tax and fees), with VIP available for $175 (+tax and fees). Lockers are also available for those looking to store their gear during the show. Head over to their official website for more details and to make your purchase!