Do or Die Delivers Pure Energy on New Guest Mix 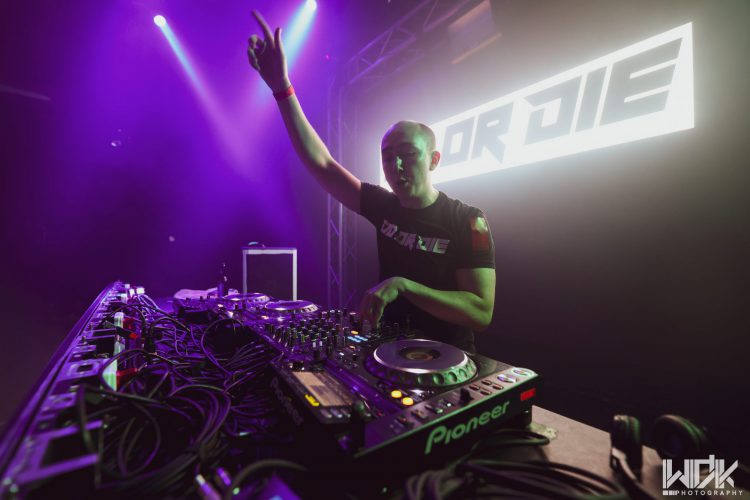 Do or Die turns up the heat this winter with a banger-filled guest mix to close off the first year of Paradigm Shift!

Los Angeles-based DJ Do or Die has been rising the ranks and making a name for himself in the Southern California hard dance scene. Starting his DJ career all the way back in 2015, he’s dedicated a lot of his time to perfecting his craft, which has earned him bookings all over Los Angeles through Hardstyle Arena and Army of Hardcore USA. Over the years, he attended more events like Basscon Wasteland to further his involvement in the scene, and eventually, he became a promoter at Hardstyle Arena to be able to take part in bringing his favorite artists from Europe to the US, such as the late, great Delete.

Although he started DJing in 2015, he’s been an avid fan of the harder styles since 2007. When he saw videos of Qlimax live sets on YouTube, he discovered a completely separate world where emotion and music combined into one, and the unique, old-school sound of hardstyle drew him in completely. Now, he loves the sound and the scene as there’s a “sense of community between people who love hard kicks and loud screeches together.”

Do or Die still contributes to the scene by “educating crowds on the rougher sounds of rawstyle and uptempo hardcore music during [his] DJ sets” and hopes to continue to do so on bigger stages and bigger events in the near future. In order for this to happen to himself and others, Do or Die encourages fans of the harder styles to support all hard dance shows, especially the smaller ones.

His journey to the top of the scene continued with an incredible 2022 as he played two Hardstyle Arena shows and opened up the mainstage for WAR Festival 2022. Looking to keep his momentum rolling, Do or Die stopped by to deliver some heat for this cold December and to finish up the last episode of Paradigm Shift for 2022!

He keeps the energy high for 30 minutes by playing only the best in hard dance, including music from the hottest artists such as Rebelion, Adjuzt, and MYST. In addition, fans of the harder styles will get their dose of the latest lethal tunes with “Cryexgenix” by Cryex and Cryogenic and “Twin Turbo (Official Gearbox Twin Turbo Anthem)” by Anderex, Mutilator, and Disarray. Last but not least, Do or Die also paid tribute to Delete by including his iconic record, “Payback,” to round off an incredible guest mix.

Make sure to turn up the heat this winter with Do or Die’s Paradigm Shift guest mix on SoundCloud!

Stream Paradigm Shift 012 || Do or Die on SoundCloud: