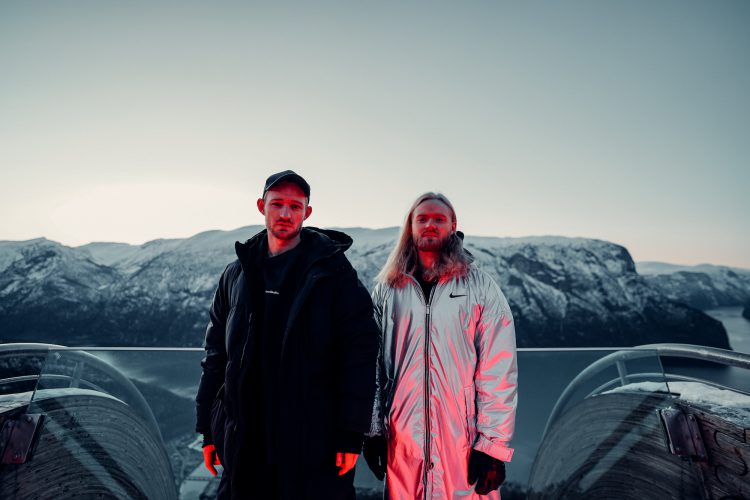 Since the beginning of their careers, the brother duo of Daniel and Markus Slettebakken, known as KREAM, has long drawn steady attention with their upbeat and infectious blend of house and vocal-heavy tracks. Their journey to the present day signifies a far distance traveled from when they started with remixes on SoundCloud. They’ve reached the top of the Billboard charts and created remixes for some of the world’s biggest musicians, all while playing sets at dance music’s favorite festivals. There’s an abundance to explore when it comes to KREAM, and their newest EP on Big Beat Records, Reverie, is just one stop along the way.

The EP begins with the title track, which quietly builds with notes that reverb and build into a climax of heavy techno beats. Sultry and dark, “Reverie” unveils ethereal qualities amid its pulses. It sits at an intersection of being both heavy-handed with its club-ready atmospheres but also tiptoes across a line of being lightweight with the sort of delicate images it conjures.

“Rendezvous” with Marlo Rex, follows soon after with similar themes as “Reverie” in its opening notes before Marlo Rex’s vocals fold into the sound. It’s more reminiscent of KREAM’s previous releases – a feature of strong vocals and equally powerful tech house beats. This tune showcases the duo’s talents to seamlessly layer in Marlo Rex’s vocals alongside the drops, opting to construct poignant harmonies rather than any single element overshadowing each other. “Chemistry” with Camden Cox and IDEMI, the first single from the EP, serves as a continuation of the cohesive sounds laced throughout Reverie. Like the preceding song, it brews with mesmerizing vocals and synths.

“Cold” immediately takes on a different direction from any of the other previous songs on the EP. It seems as though KREAM operates on juxtapositions and contradictions, as this track undoubtedly expresses a chillier tone, and somehow, despite its lyrical content, the music captures a lighter atmosphere. It’s slightly more stripped than previous songs, with cleaner beats. Then, “Numb” begins with a pulsing harmony to bring this trip to a close. It features more cinematic qualities and organic elements with elevating piano chords more than any other song on the release before erupting into the drop, but the wait to that point is well worth it as the music bursts with synthy textures and a barrage of potent beats.

Listen to Reverie on Spotify or your favorite music streaming platform, and make sure to follow KREAM on social media to stay in the know on future releases.

Habstrakt Shares His “Vision” and Prepares for World Tour