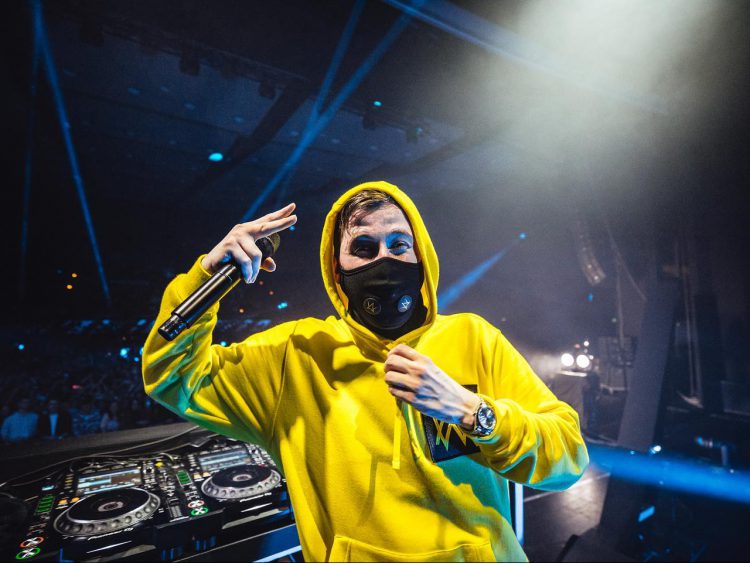 Alan Walker kept his fans in Denver warm with his stunning Walkerverse live show that became one of the most memorable nights of the year.

From the mountains of Red Rocks to the city lights of Denver, Colorado is home to some of the country’s biggest venues, including the state-of-the-art Mission Ballroom. Since opening its doors, the venue has hosted some of the biggest acts in music spanning all genres and has proven it is no stranger to the electronic music scene. While countless others have taken the stage at the venue this year, one of the final shows featured Alan Walker, who brought his Walkerverse tour to the Mile High City on November 29.

I arrived at the venue shortly after his first opener, 220 KID, who warmed up the crowd with high-energy beats and brightly colored visuals on the massive LED screen. He matched the spirit of the crowd as people started to pour into the venue, setting the scene for the evening to come. Keeping up with the crowd’s energy, TELYKast brought a set filled with original tracks and remixes. Their set consisted of heavy beats, which the crowd was going crazy for.

TELYKast created the perfect dancing atmosphere and finished their set with a photo as the final opener, Blossom, took the stage alongside a Powerpuff Girl version of herself across the screen. She maintained the energy, bouncing around the stage as her setlist spanned multiple electronic genres, including some nostalgic hits. She finished her set with an unreleased track with the stage lights beaming into the crowd.

A brief transition happened before the venue darkened, and the beginning of “Alone” sounded with the crowd singing along – it was finally time for Alan Walker. The crowd roared the moment he appeared on the stage, and as the chorus dropped, confetti filled the air and fell over the thousands of raised hands. The energy across the floor and the bleachers were unmatched. His colorful visuals filled the massive stage as his platform shot lights of every color. He greeted the crowd and welcomed us all to his Walkerverse.

As he broke into “Diamond Heart,” Au/Ra joined him onstage. She sang their collaborations and others to bring them alive throughout the performance. He switched back and forth between his older hits and songs off his Walkerverse album. The excitement in the venue was amplified when he played one of his newest tracks, a crowd favorite, “Lovesick,” and we sang along to every word.

Each song was perfectly paired with a specific color visual acting to evoke even more feelings.

“Ignite” was paired with red, naturally, and was the first of many songs that warmed the crowd with some added pyro. The show continued to leave my jaw on the floor with every track, and interacting with the people around me made the show unforgettable. He finished his set with confetti fluttering throughout the air as the stage went dark again, and the crowd chanted “one more song” as Alan Walker exited the stage.

There was one last song that Alan Walker hadn’t played yet – and at that moment screen lit up with blue visuals as the chords of “Faded” echoed throughout the venue. The encore featured a dramatic mix of the song while the confetti cannons went off for the last time as he jumped around the stage before the song ended. He came to the front of the stage, thanked everyone for coming to the show, and shared a few other words about what this project meant to him. Each of the openers and Au/Ra joined him on the stage for one last bow of gratitude.

It had been years since last seeing Alan Walker live, but this time it overwhelmed me with happiness as his discography has been the soundtrack to so much of my life. Being able to sing along to every song makes a show so much more special and meaningful, and this was one of those evenings for me and many others. With his masked appearance, and upbeat tracks, his sound has become such a staple of electronic music, and he brought it to life on this tour, making it truly an unforgettable night.