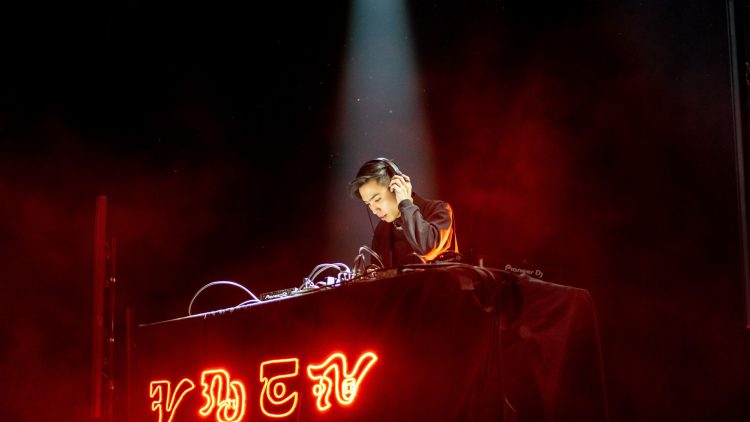 Manila Killa brought bass-knocking beats and infectious melodies to Los Angeles for the last stop on his Dusk Tour!

It’s cliche to say that all good things must come to an end, but there really is no other way to describe the feeling of Manila Killa’s Dusk Tour concluding. The Novo was undoubtedly given a run for its money with a solid night, packed full of high-octane DJ sets paired with an energetic crowd. Goldenvoice knew exactly what they were doing when they planned this show.

Special guest support from Promnite was first up on the roster to kickstart the evening. The vibes were well-curated and the cadence was so balanced, it felt like we had been dancing for days in the best way possible. Adrenaline was in high gear throughout his set, and as the night progressed it was clear that everyone was building up anticipation for Manila Killa.

After a flawless performance from Promnite, it was now time for the headlining act. A totally blacked-out stage then transitioned into a perfectly synchronized light show with intense luminosity. One indistinguishable quality of this powerhouse DJ is his stage presence. You’ll feel like he’s right next to you dancing at the same time that he’s on the DJ deck.

The Dusk Tour really felt like you were getting to experience a deep dive into each track on a metaphysical level. The Dusk album, as a whole, completely encapsulates Manila Killa’s unique sound and showcases his passion for music from start to finish. The dancefloor was electric in every aspect, and the amount of energy that was exerted between the crowd and the DJ decks was like a roaring ocean.

The entire night was supercharged with a sense of unity in the entire venue. The highlight moment was the crowd completely losing it when he played his remix of “Heaven’s Gates” by Devault. Everything after that was moving so fast that things felt slow. The crowd’s tenacity to continue dancing was more than apparent. There was never a moment of dropped energy or enthusiasm from anyone in the building.

Music is what makes us, us. It can assist us with moving, healing, and growth. Manila Killa has a way of providing a safe space where people can go through it all together. There’s nothing quite like the experience of seeing him perform live. He is a true artist in every aspect of the word, and if you haven’t had the opportunity to see him yet, I highly recommend checking him out and streaming his album Dusk on Spotify.