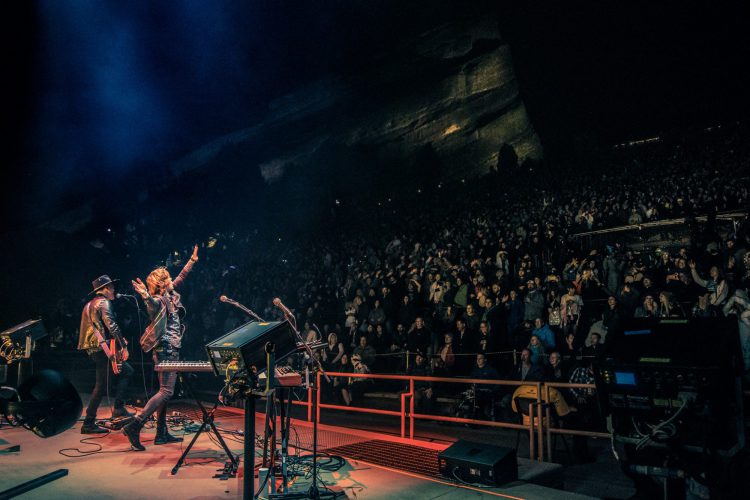 House music is hitting Red Rocks Amphitheatre in a big way in 2023. AEG Presents has announced that Bob Moses and Ben Böhmer will be co-headlining at Colorado’s most prestigious venue on April 15. Red Rocks is known for hosting some of music’s most iconic acts, and this show is no exception for fans of both artists, with the two being joined by CRi, Layla Benitez, and Andy Immerman to complete the experience.

Still riding a high from their latest album release, The Silence In Between, Bob Moses continues to move and inspire the masses with their soul-stirring craft. Recently completing a 25-date North American tour that sold out the Greek Theatre in LA and New York’s Brooklyn Mirage, the group has jumped right into a second wave of shows in Europe. In addition, the duo collaborated with BROODS to release their newest single, “Old Love,” which expands on their recent albums’ explorations of the soul.

Ben Böhmer has also flourished this year — embarking on a headline tour to promote his most recent album, Begin Again, dropped on Anjunadeep in 2021. All dates were sold out months in advance as fans longed to experience the emotive nature of his music live. Ben’s ability to tap into the soul of the listener has only continued to grow his fanbase and makes this Red Rocks show that much more special.

Tickets for Bob Moses and Ben Böhmer’s 2023 show at Red Rocks are on sale now! You will not want to miss the magic, so be sure to secure your spot and let us know who you are most excited to see on Twitter.