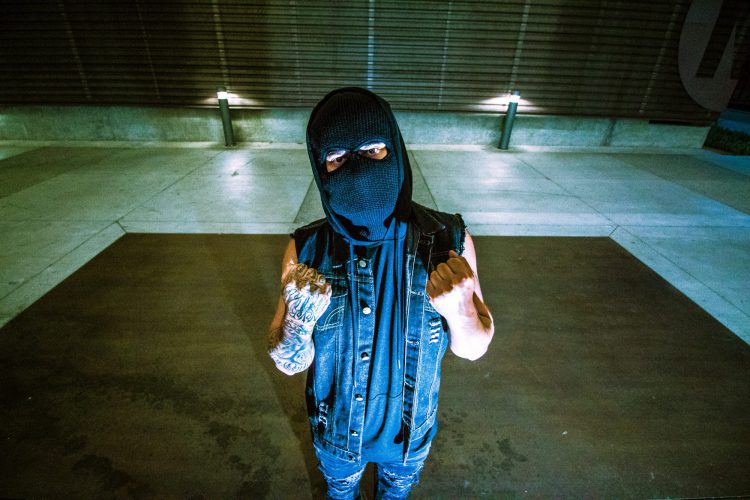 MARKOR continues to ride his wave of momentum by delivering the first-ever live set for Paradigm Shift as he heads to WAR Festival!

MARKOR has been around since the early dawn of hard dance in America, contributing to the scene and trying to put over the polarizing genre that is hardcore. He’s opened up for big names like Angerfist, Lenny Dee, Delta 9, Ron D. Core, Rob GEE, and lots of LA locals, but he always wanted to be the headliner just like them. He’s seen hard dance music grow in America since the ’90s, and he claims that while it comes and goes in waves, what’s coming is nothing less than a tsunami. Now more than ever, there’s a growing number of skilled producers making a name for themselves locally, in the Dutch scene, and worldwide.

MARKOR’s journey into the hard dance music scene began at 15 years old when his cousin introduced him to multiple mixtapes from local raves he would attend. Completely in awe of what he heard, he decided to attend his first rave at 16 years old, where he first witnessed the special connection that a DJ has with the crowd, and the rest is history. Today, MARKOR not only wants to be one of the top hardcore producers in the industry, but he also wants to show his daughter that anything is possible if you set your mind to it.

MARKOR recently released the They Control EP via The Third Movement, and the work doesn’t stop for him there. The hardcore producer is only beginning to show the world what he’s capable of, and the wave of momentum continues to roll on as he makes his way to WAR Festival in Los Angeles on November 4. All ravers are in for a treat as MARKOR is switching up his mask and planning on bringing pure mayhem to the dancefloor.

To celebrate the next stop in his path of destruction, MARKOR is gifting fans a banger-filled warm-up mix on this month’s episode of Paradigm Shift! He was able to preserve his set that took place during an epic night out at Strictly Hardcore which was stocked full of tunes from Odium, Deadly Guns, N-Vitral, and a plethora of original tunes and secret IDs. Crank up the volume and tune into the first-ever live set on Paradigm Shift!