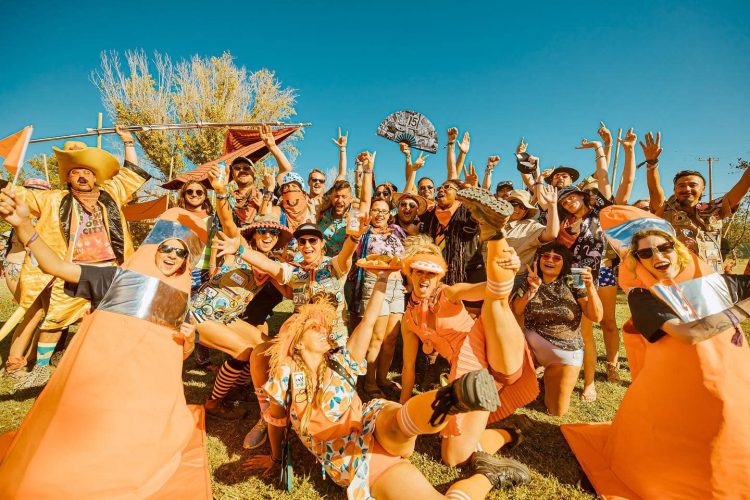 It’s certainly an interesting time to be alive, and as the citizens of the United States push forward on the quest to ultimately make marijuana legal and available to those who benefit from its healing properties, some states are leaps and bounds ahead of the rest. California is a great example when it comes to recreational consumption, and we’re even seeing it embraced on the festival circuit at events like Northern Nights and, now officially, Dirtybird Campout.

The Ganja Garden at Dirtybird Campout is presented by People’s Remedy, the Central Valley’s first adult use and medical cannabis dispensary, and JOSHWAX, a premium cannabis cultivator that grows veganic, biodynamic products without chemicals. Each day of the festival, from 10am – 10pm, campers can get their smoke on at the licensed on-site consumption and retail garden, in addition to participating in creative cannabis-themed activities while getting lifted by the sounds of house, techno, and more.

Some of the products available for purchase will be flower, vaporizers, beverages, and edibles, and there’s even a special offer for those heading to the festival early. Through the “Early Bird Gets The Herb” promotion, on Thursday and Friday, visitors will get 30% off their first purchase. This is a pretty sweet deal, but they’re just getting started! In fact, there will even be opportunities to win prizes by getting in on contests like Joint & Blunt Rolling, Bong Building, Puff Puff Pass Debates, and a Shark Tank Themed event, playfully labeled “Highdeas.”

To celebrate this major milestone in style, Dirtybird is bringing along some ridiculously talented beatmakers to set the tone. Wake & Bake Beats will run from 10am – 1pm on Friday through Sunday, with refreshing acts like Da Casa, Deron Delgado, DJ Sneak, and Zora Monico stepping up to the decks. There’s even a brain-bending b3b that you won’t want to miss from Arnold & Lane, Kevin Knapp, and Luke Andy! So, get ready to light up as you shake it down at the best adult summer camp on the planet.

Continue on for the full Ganja Garden lineup, schedule, and FAQ. If you haven’t purchased your tickets for this history-making event, then grab them now before you regret it forever!