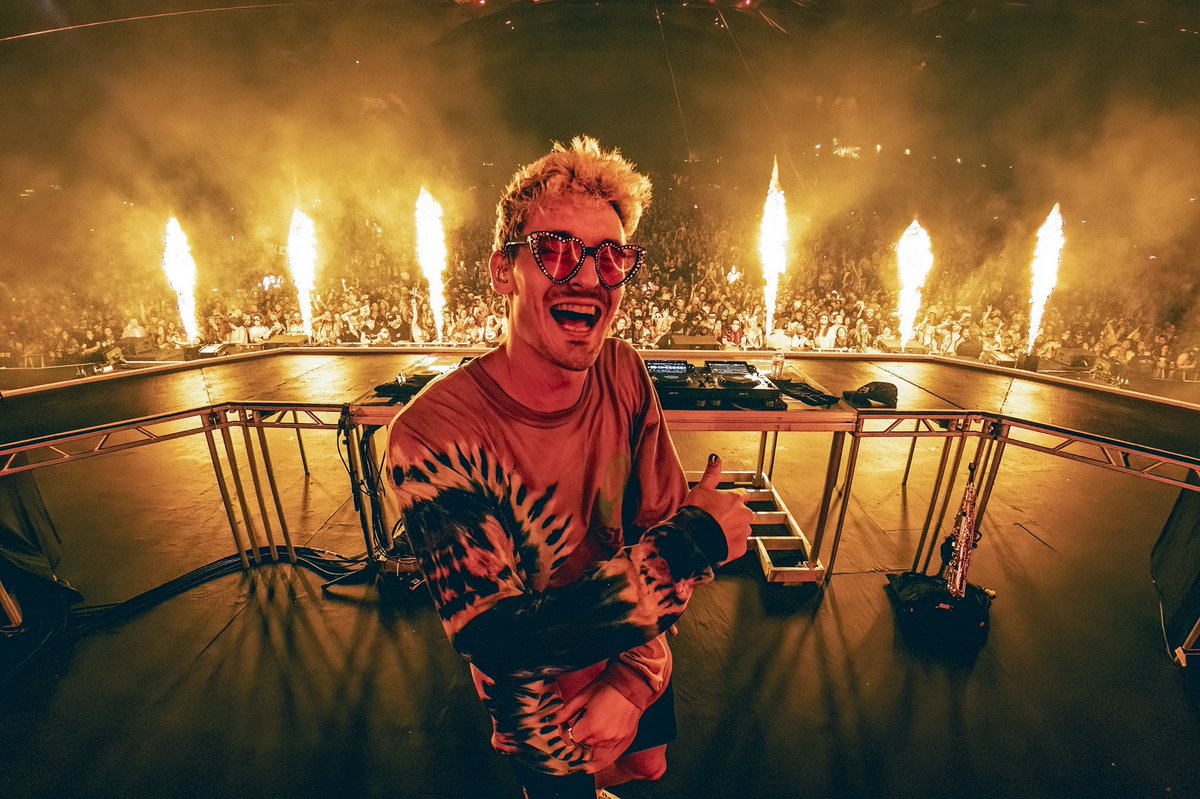 After months of anticipation, GRiZ has finally released the latest installment in the Chasing The Golden Hour series.

If you’ve been a fan of GRiZ for a while, you’re probably familiar with his- now four laid-back funk albums called Chasing The Golden Hour. But if you haven’t found yourself diving into his old tracks, that’s okay because this is an album where you will have to go back for seconds. It has some tasty and classic GRiZ sounds on top of more modern beats. This series showcases the lighter side of GRiZ and the vibrancy of these albums is just what you need when you want to put on to have a cold drink, kick back, and joy that glistening sunset. Now, the fourth volume of Chasing The Golden Hour has arrived it is an absolute delight.

Chasing The Golden Hour 4 is an electrifyingly chill record to put on as the summer comes to a close. As listeners dig into the easygoing side of GRiZ’s music, and they will be pleasantly surprised with how fantastic it is. The two singles that came out before the release, “Your Light“ and “On A High,” were hits from the start, so it’s safe to say this album was going to be knocked right out of the park. GRiZ also scored a run with these tracks at his curated event, Triple Rainbow, where he played two Chasing The Golden Hour sets, which were both perfectly timed for when the sun was setting. It was an absolute vibe as he lulled fans with his beautiful saxophone performance.

The album also features two great artists that performed with him at Triple Rainbow as well, ProbCause and Chrishira. You might be familiar with the names as they are on the track “Rainbow Brain” and also featured on the song “Airplane Mode.” The pure, melodic talent on the brass is something sure to take you to your happy place and make the classic bass face at the same time. Not to say that the other tracks won’t stop you from making your bass face as well- because they certainly will. With that being said, another track that really caught our attention was the previously released single “On A High,” where GRiZ shows off his skill with the brass section. The single features his trumpeter, trombonist, and himself all playing in unison which is quite pleasing to the ears, especially with headphones on.

The third stand-out track in this album is “Keep Bouncin,” which offers just the right amount of lo-fi movement. The beginning starts very filtered, almost like it’s intentionally coming through old speakers. The record scratches on the track add a bit of flavor to an already funkified beat that will leave you having it on repeat for days to come. And we’d be remiss not to mention is the opening song on the album, “Mystik Dub.” This track features some juicy guitar riffs and a solid snappy beat from the drum patterns. The saxophone, of course, is the cherry on top. It serves just enough brass, just enough movement, and cadence. If you’re looking to hear something fresh from the man, this is definitely the album you want to put on.

Be sure to stream the new album on your preferred streaming platform and let us know your thoughts on the latest from GRiZ on Twitter!