While house and techno lovers will be dancing their hearts out this summer at DAY MVS XL in just a few under two months, FNGRS CRSSD is already setting its sights on the onset of cooler temperatures. CRSSD Festival Fall, their annual extravaganza of unique beats, is set to make its return to San Diego’s Waterfront Park on September 24-25 this year – and true to form it’s gearing up to be another exciting edition.

Today, FNGRS CRSSD unveiled the initial lineup for the upcoming edition of CRSSD Festival Fall and to say it will take house and techno lovers’ breaths away is an understatement. Headlining the Ocean View stage are Duck Sauce and Jamie xx, while others such as Fred again.., Godford, Caribou, DRAMA, L’Imperatrice, and legendary act Orbital will be present as well.

The Palms stage is teeming with talented artists. ARTBAT and Dom Dolla sit atop the bill, along with other powerhouses such as Fatboy Slim, MK, and Sonny Fodera. Fans will surely want to feast their ears on the sounds from Biscits, Tibasko, Deeper Purpose, and Wax Motif, all of whom have been throwing down some heat as of late.

Techno reigns supreme at the City Steps and that couldn’t be more true than at this upcoming edition. Joseph Capriati, Reinier Zonneveld, Richie Hawtin, Stephan Bodzin, and Testpilot act as a five-artist punch that will delight a range of underground enthusiasts. Others such as Franky Wah, Marcel Dettmann, and Stephan Jolk will titillate the senses along with Sven Väth who is set to take the stage for an impressive set.

Community pre-sale passes for CRSSD Festival Fall 2022 go on sale Tuesday, June 28 at 12pm PT with the general sale beginning on Wednesday, June 29 at 12pm PT. Head over to their website to sign up for access and more details on the upcoming edition. 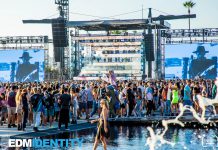 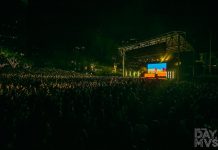 Bob Moses, Jon Hopkins, and More Announced for DAY MVS in the Park This May