Left-field trap artist RamonPang gives everyone a glimpse of the sounds on the Third Places LP with a stellar lead single, “Hold Me Under.”

Coming from humble beginnings, RamonPang is an artist who has truly flourished and grown beyond his former shell. Since the release of his debut album Nature System, he’s gone on to make his presence more pronounced within the dance music scene. Generally known as a left-field trap producer, RamonPang ranges far and wide with his production skills while layering in influences of IDM, trap, and more.

Beyond his studio work, RamonPang runs his own collective, Tabula Rasa Records Company, and also gained major recognition after officially joining the Brownies and Lemonade team earlier this year. And since shows began to return he’s played Blind Tiger in Los Angeles and traveled to NorCal to play a headlining show at San Francisco’s DNA Lounge with Spin And Destroy and Pastel.

Now, the inventive artist returns with his newest creation, “Hold Me Under,” which also acts as the first track off his upcoming Third Places LP. The tune begins with intriguing, organic sounds that complement each other ever so smoothly. Listeners will feel light as a feather as the angelic vocals make an entrance while simultaneously absorbing every part of his intricate sound design – it’s an undeniably flawless creation from this rising talent in the scene.

“Hold Me Under” is just a glimpse into the Third Places LP, and if the rest of the release is anything like this tune then listeners are in for quite a treat. Immerse yourself in the sweet sounds of RamonPang’s latest track on your preferred platform, and stay tuned for the rest of the LP to drop!

Stream RamonPang – Hold Me Under on Spotify: 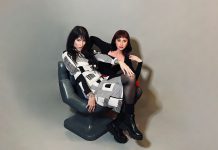