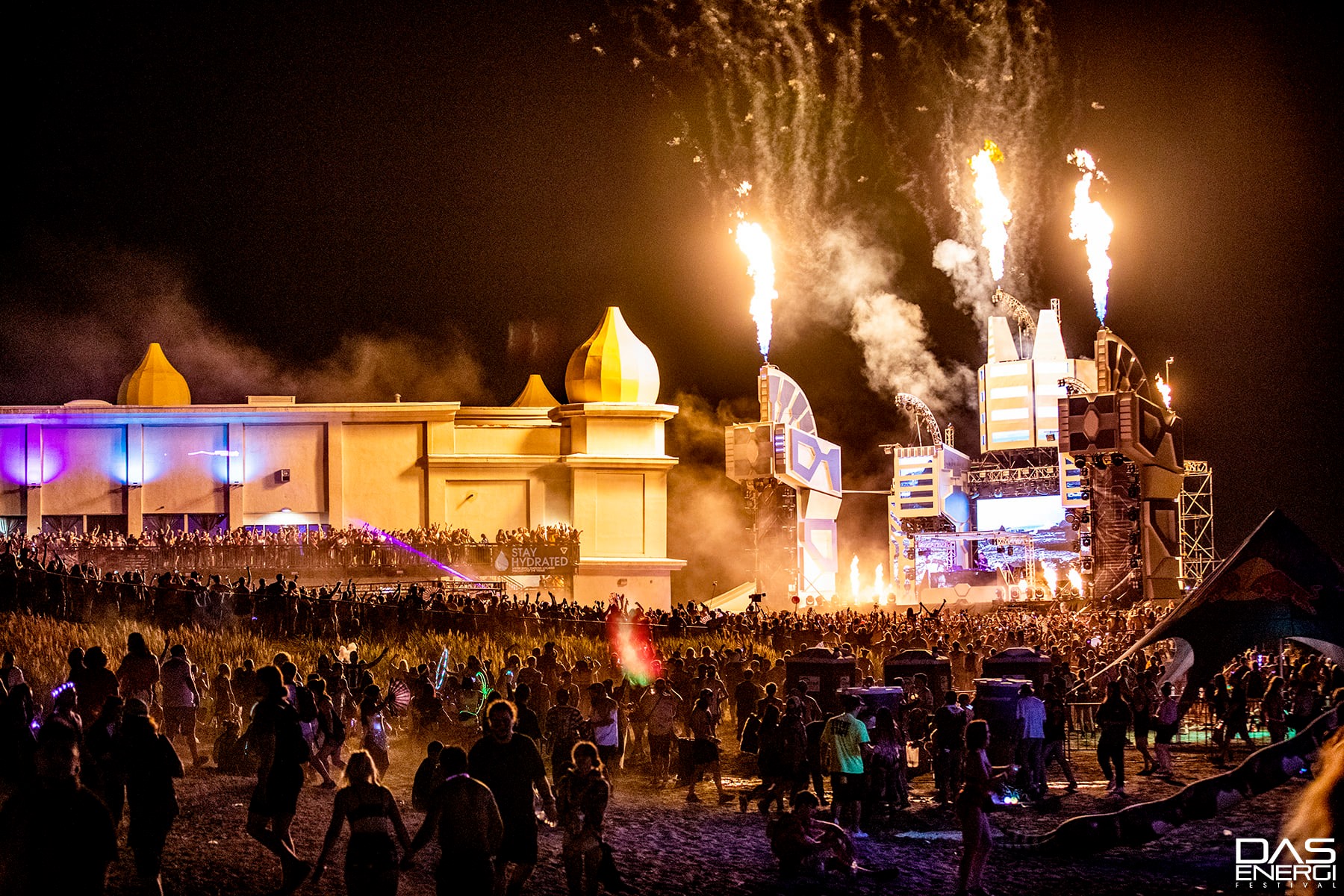 ACRAZE, Kasablanca, Kayzo, Tinlicker, Wooli, Delta Heavy, and more have been announced on the lineup for Das Energi 2022!

Earlier this year V2 Presents dropped the initial details for the upcoming edition of Das Energi on August 12-13 and electrified dance music lovers in Utah with the news that deadmau5, Excision, Louis The Child, and Subtronics would be playing. Now, as Get Funky continues to take place this weekend at The Great Saltair, the latest lineup additions for the 10th Anniversary of their summer festival have been revealed. V2 Presents has also announced that the Galactic Flats will see an expanded Temple of Boom Stage and Synergy Station will feature a brand new main stage design!

Adding some serious firepower to the already stacked list of headliners at Das Energi are a whopping number of bass artists. This includes Kayzo, Fransis Derelle, Wooli, Dion Timmer, Decadon, Jessica Audiffred, and He$h b2b Leotrix. And if you’re looking for your drum and bass fix then have no fear as Delta Heavy, 1991, Matrix & Furturebound, Fury + MC Dino, and Reaper b2b Kumarion are sure to satiate your craving

But bass isn’t all that’s in store for those making their way to the festival this August as other stunners like Tinlicker, Surf Mesa, Nostalgix, Kasablanca, Kill Script, and Mz Worthy will be setting a vibe with some house and techno tunes. Further, the sets from Trivecta and Phantoms, as well as the b2b featuring No Mana and EDDIE are some that shouldn’t be missed at the festival either. Rounding out the lineup in support are some artists who should be on your radar as well. This includes Moonchild, Obayashi, PRBLM CHILD, and Sir Cutz, among others.

Tickets for Das Energi 2022 are available now. Check out the flyer featuring the lineup below, stay tuned for more artists to be announced, and head over to their website to grab tickets if you haven’t done so yet!