Throttle levels up with the deluxe version of his Where U Are EP featuring seven new reworks and a Rocket League bundle.

Since catching the attention of Avicii at the age of 14, Throttle has been steadily reaching new heights with every release. This Australian rising star has performed at some of the world’s top festivals and barreling towards stardom through his remixes for a fleeting number of artists like Ed Sheeran, Armin van Buuren, Charlie Puth, and more. Now, he is making his way back into the release trenches once more with a stunning rework of his 2019 EP, Where U Are.

The latest offering from the rising talent serves as another jaw-dropping addition to his sterling discography that has proven his stellar production capabilities time and time again. Out now on Monstercat, the rollout of Where U Are (Deluxe) sees Throttle unleash seven new VIP reworks of his previous hit singles like “Cities,” “Japan,” “Where U Are,” and “Bloom.”

The new tracks kick off with the first rework of an orchestral mix for “Dreamer.” This serves as a perfect entry into the project with its grinding melodies, this song paints a yearning theme of escape and offers a flicker of sensual euphoria before flowing into the next VIP rework of the same title, leaving listeners eagerly waiting for the rest of the new tracks.

“For Me (VIP)” is also a stand-out that flexes every facet of Throttle’s musical vision in the entire project. The beat-dripping bass lines are well balanced with the percussions and laced with uplifting vocals to breathe new life into the original release. Additionally, he released an anime music video for this specific rework that invites the listeners on a visually captivating journey against the backdrop of a cityscape where Throttle combats a shadow, signaling his intention of self-discovery.

As an avid gamer, Throttle also paired something special along with this release as exclusive items including four new Player Anthems, a Full Throttle Player Title, a decal, a car, and more will be available within the video game Rocket League until May 17.

Throttle has undoubtedly become a constant force of energy and this EP will keep listeners hooked on his expansive talent for making electronic music. Take a listen to Where U Are (Deluxe) on Spotify or your favorite platform and let us know your favorite track in the comments!

Stream Throttle – Where U Are (Deluxe) on Spotify:

Throttle- Where U Are (Deluxe) – Tracklist: 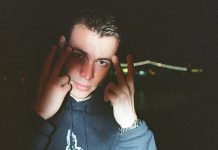 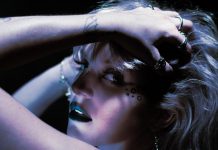 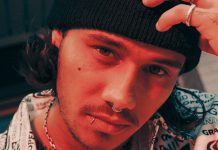