WILL K has quickly become one of the hottest exports from Australia and he spun up an hour-long mix to showcase his influences.

There’s something special brewing Down Under when it comes to the dance music scene. Major artists like Flume, FISHER, Alison Wonderland, tyDi, and RÜFÜS DU SOL have captivated the minds of many around the world over the years, but there are plenty more who are bubbling up to the top as well. One of those artists quickly rising through the ranks is WILL K, a Melbourne-based DJ and producer who has continued to bring the heat with performances at major festivals and a plethora of sensational beats.

Since first breaking onto the scene, WILL K has taken the stage at iconic festivals like Creamfields and Tomorrowland, while also dominating the decks on tours in Asia and Europe. While the world slowed for the pandemic over the past few years though, it didn’t stop WILL K from dropping some quality tunes to keep his growing fanbase dancing. Late 2020 saw him team up with Kaskade for a gem of a tune dubbed “Flip Reset” on Monstercat, while he also graced other labels including STMPD RCRDS, Controversia, and Thrive Music.

Now, as WILL K continues to press on deeper into 2022 he’s returned to Monstercat with a fresh track in tow, “I Don’t Really Care.” This moody, yet bouncy tune sees the Aussie producer team up with blossoming singer-songwriter Neville to take it to the next level with her sultry vocals.

Now, after the release of his latest track, WILL K is giving everyone a look into the influences that made him the artist he is today with an hour-long mix. “I’m taking you through my musical journey of artists from my hometown that inspired my career to make me the artist I am today,” he shared. “This mix is filled with tracks from Aussie artists such as Flume, RÜFÜS DU SOL, Hayden James, Dom Dolla, and Tommy Trash. Let’s kick this off with one of my favorite tracks from Flume called ‘Holding On.'”

As the mix progresses, WILL K drops in some other gems that helped foster his career like Sam La More’s remix of Lovers Electric’s “Could This Be.” “This track is very special to me. It was one of the very first dance songs I heard when I was 12 years old, and it instantly inspired me to become an artist,” he shared. “Sam La More was a massive influence throughout my career and still is today.”

Another track that stirred up some memories arrives soon after, Hook N Sling’s remix of Miami Horror’s “Sometimes.” Stating that the duo was a “huge inspiration” on the early days of his career, this tune is also one of his favorite remixes of all time. “I remember dropping this at every house party when I was around 14 years old and it would always destroy the dance floor,” WILL K said.

From the opening tracks to those that end this hour-long journey, the story of WILL K’s past, present, and future is on full display. “I hope you can all hear my musical influence growing up with the new music I’m making today,” he offered as a closing sentiment. “Peace out.”

Check out this exclusive guest mix from WILL K on SoundCloud, download or stream “I Don’t Really Care” with Neville on your preferred platform, and stay tuned for more from this Aussie by following him on socials.

Stream This Is Home 059 || WILL K [Melbourne] on SoundCloud:

Connect with WILL K on Social Media: 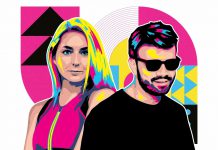 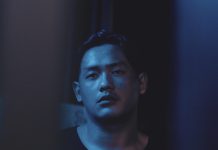 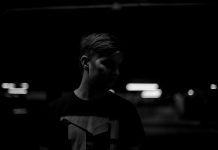