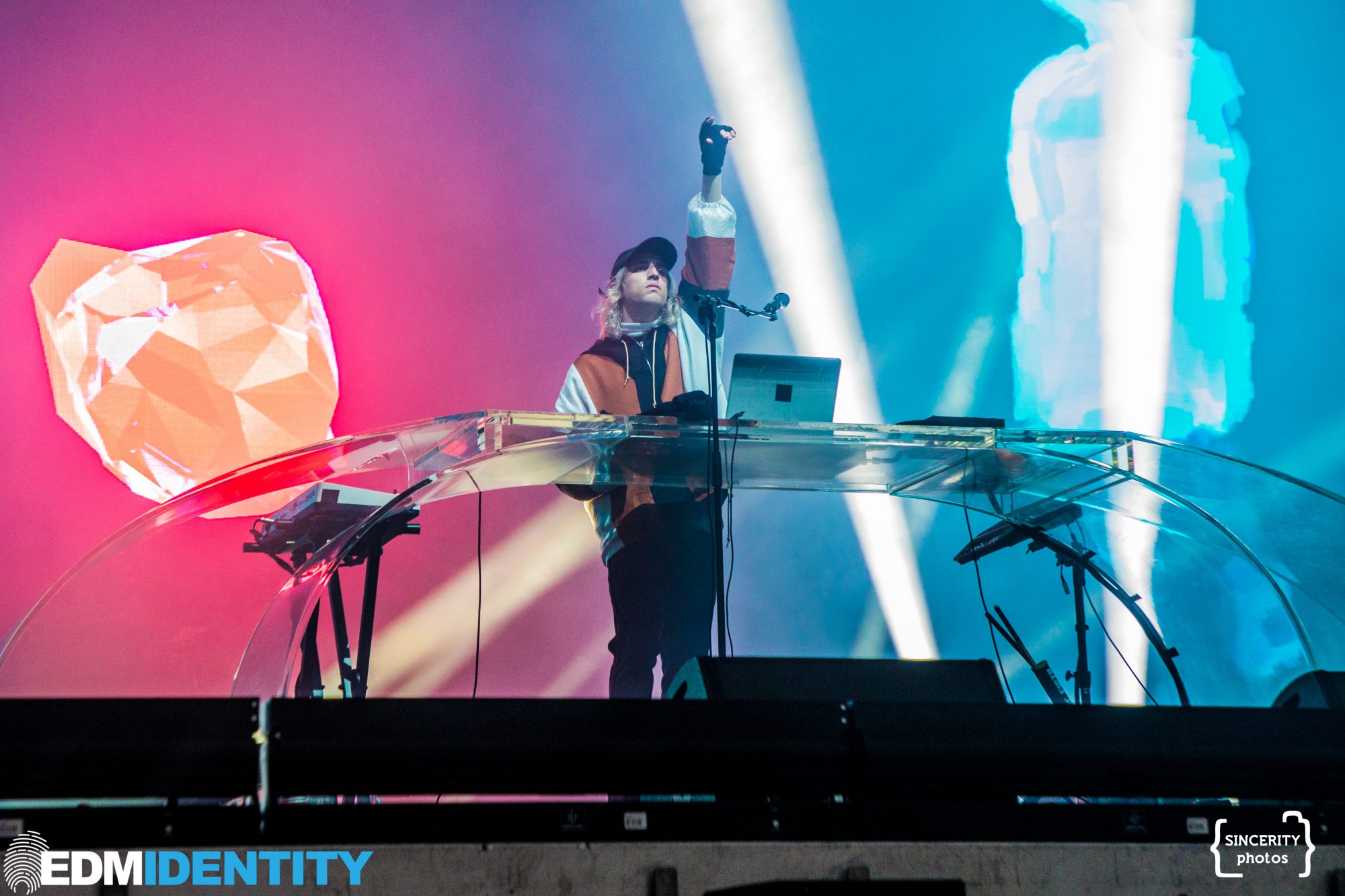 Porter Robinson just announced that RL Grime will join him at Second Sky Music Festival with more artists to come!

Porter Robinson’s Second Sky has become a coveted festival since its debut in 2019, hosting an array of colorful artists for each rendition, including its 2020 Livestream Secret Sky. In partnership with Goldenvoice, a unique lineup of artists including Porter Robinson will join together once again at Second Sky for their unique performances this October 29-30. Since traveling the world with his highly praised Nurture Live tour, fans are anxious to see what he will have in store and who will be joining him for this year’s festival.

Fans from around the world are eager to make their way back to Oakland, California for the mystical setting of Second Sky this spooky season. After announcing the official dates in April with a fun video featuring Porter Robinson’s beloved character Potaro, many wondered who would be joining Porter Robinson at the festival this year – and now that question is being answered.

Related: Wondering what the Second Sky experience is like? Check out our review from last year’s edition!

Today, Porter Robinson announced RL Grime as the first artist on the lineup for the upcoming edition of Second Sky. This trap god is known for bringing the heat wherever he goes and is sure to make the crowd shake when he takes the stage in October. The second artist to be revealed is Japanese singer Kyary Pamyu Pamyu, who recently took the stage at Coachella. Bladee and salute will also be joining in on the fun as the third and fourth artists to be announced, while a second announcement arrived on Sunday with Magdalena Bay added.

Fred Again.. was just revealed as the latest artist to be joining Porter Robinson this year and after his set at Coachella – it’s sure to be one of the best throughout the weekend. Also joining in on the fun is Hudson Mohawke. A very special set that will see G Jones go b2b with Virtual Self has also been added to the festivities this year – check out that announcement on YouTube!

Tickets for Second Sky are set to go on sale Friday, May 13 at 10am PT, sign up now for access to the pre-sale via their website. Stay tuned as the lineup continues to be revealed – we’ll update this post with each new artist announced!