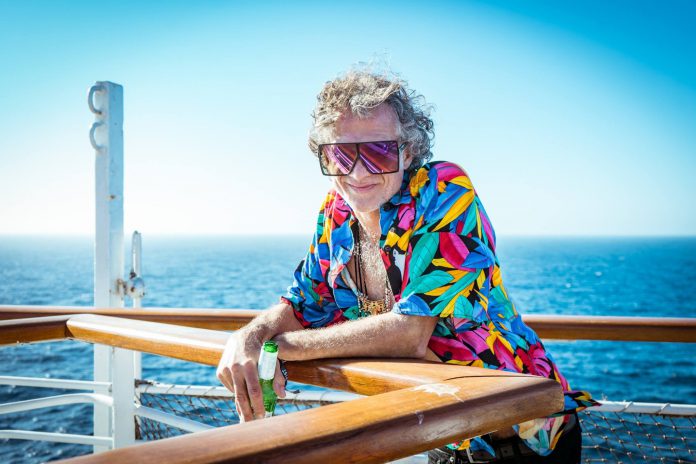 The 10-year anniversary edition of Desert Hearts Festival is quickly approaching and Lee Reynolds curated a playlist to get you dancing!

After a two-year hiatus, Desert Hearts Festival is finally coming back in 2022. This year, the three-day camping festival will take place April 28 – May 2 at Lake Perris, giving everyone who is planning to attend something new to explore for their 10th anniversary. With a brand new venue that includes access to a lake this festival is definitely going to have a “different but same” vibe.

This year’s lineup announcement included 50+, incredible house and techno artists as well as a special sunrise guest, all joined by the Desert Hearts mainstays Lee Reynolds, Mikey Lion, Marbs, and Porky. Knowing that there’s no better way to get into a proper groove, Lee Reynolds provided us with a curated playlist before the festival as he reflected on the past decade of their growth and more. Clocking in at 15 tunes in total it features gems from his first sets and plenty more, including two that can’t be found on Spotify at the moment.

So what are you waiting for? Press play and dive into some of Lee Reynolds’ favorite tunes from the past and present, and read on for a deeper dive into the reason he selected these gems!

I picked up the whole HIA album on vinyl when it came out in 1993 but fell especially in love with this track. It still sounds great to me today and always puts me in a good mood, so I opened my Desert Hearts set with it back in 2018.

This is an absolute classic from 1991 that I discovered when I picked FSOLs Accelerator vinyl. This is for sure one of my favorite electronic music songs and I also dropped this one in 2018. Gives me goosebumps every time!

One more legendary 1993 masterpiece from the Hardkiss Brothers’ incredible ‘Delusions of Grandeur’ album. This one always gets a great response when I drop it. Three of my all-time favorites so far that got me hooked on DJing.

I never get tired of this timeless funky acid jam from 2007. It sounds great outside with the big synth sounds and always crushes the dance floor. A collaboration of two legends Gui Boratto from Brazil and Hardfloor from Germany.

This beast of a track came out in 2013 a year after we started DH. Great late-night trippy tech house. I rediscovered this one recently and it still gets people moving.

Here’s a little shameless self-promotion for a track that my long-time friend and musical genius Memo Rex and I released on Desert Hearts Records in 2017. Keep your ears open for Memo he’s about to blow up!

Brilliant remix by one of my favorite producers, DJs, and human beings. Joyce is a favorite at DH and she will thankfully be gracing the decks at this year’s festival. Smash TV is another old favorite of mine.

This ultra vibey 2013 gem really pulls on my heartstrings, such a fantastic song with incredible vocals, it gets me every time! Incredible remix by Dr Dru that takes me back to some of our very first festivals.

Beautiful bouncy groovy minimal tech track with an amazing vocal from 2008 by the ever so talented Stimming. I bought this one back the only time I chose to play a daytime set at DH in 2014.

This emotional deep tech anthem has been a staple of Desert Hearts since day one. Perfect outdoor vibes. I’m pretty sure all of us have played this one at some point or another.

Another one that sends shivers down my spine and brings tears to my eyes. I absolutely love the vocals and the synths. I’ve definitely played this in at least one of our closing sets. All the feels.

Here’s a great track from 2009 at I’m pretty sure I dropped at the very first Desert Hearts back in 2012. Almost progressive sounding, and works really well outside on the big Function One rig.

An awesome funky tech acid song from 2010 that regularly ends up back in my playlists and has definitely been in at least one of my Desert Hearts sets. It still sounds great and always gets me on my feet.

Here’s another one by me and Memo Rex that came on Superfreq in 2020 featuring one of my favorite writers, ethnobotanists, and DMT enthusiasts talking about psychedelics.

My first attempt at playing guitar and singing on a song. One of those tracks that literally came together in a few hours. I feel like it really captures me and the music I grew up with and it’s fun to close out my set with. 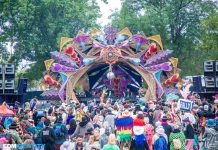 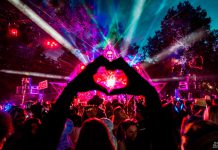