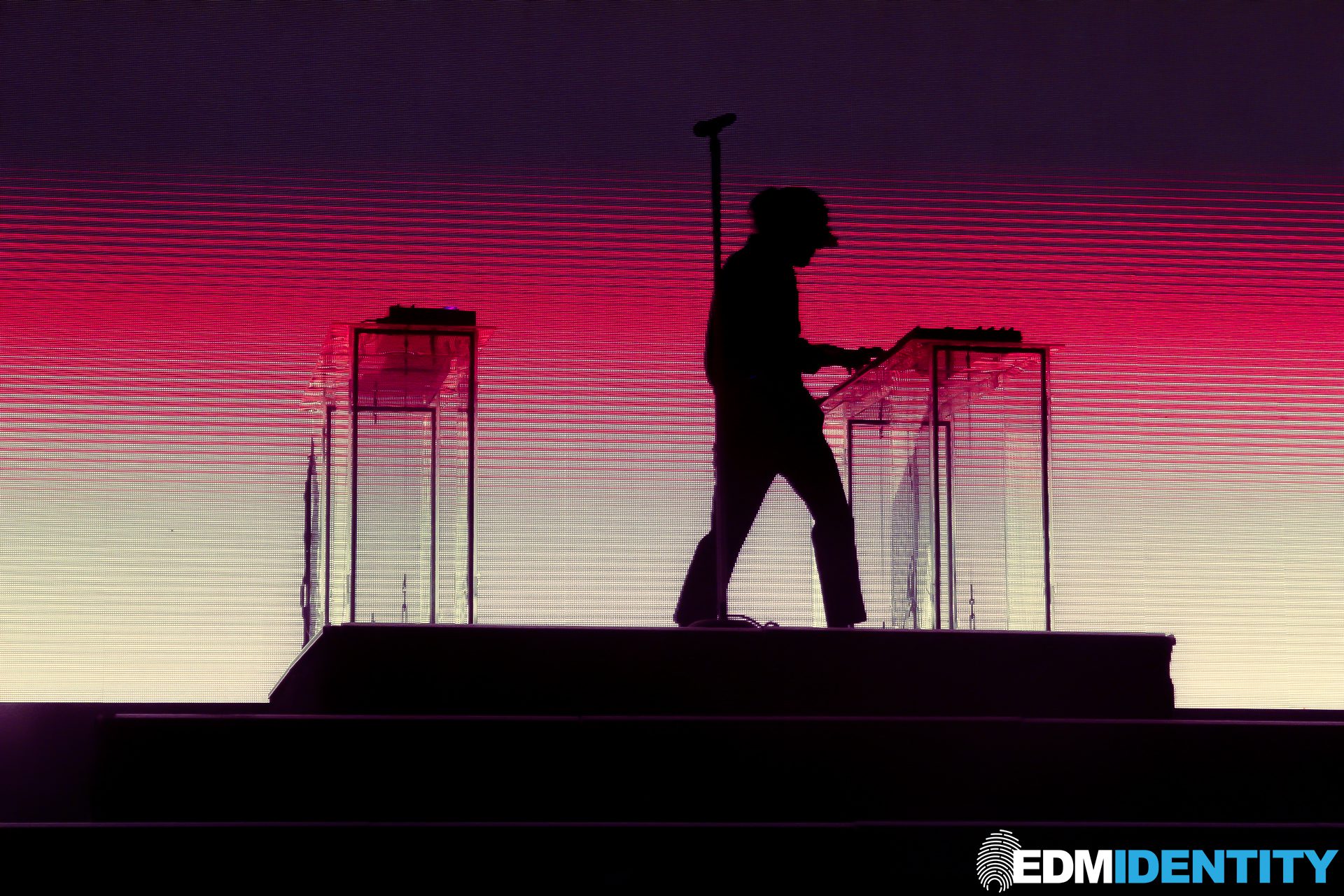 From the beauty of Red Rocks Amphitheatre to the gem in Denver, the Mission Ballroom, Colorado is known for some of the best venues in the US. Since opening its doors in 2019, this venue has seen some of the biggest names in electronic music, from Dillon Francis to Porter Robinson, among countless others spanning all genres. Last month, the latest artist to take the stage at this venue was beloved French producer Madeon on his Good Faith Forever tour.

After announcing the second leg of his Good Faith Forever tour, Madeon made his Mission Ballroom debut Friday, March 18, after bringing a scaled-down version of his show to Belly Up Aspen the night prior. We got there slightly before doors opened at 7 pm and quickly made our way towards the front of the venue to take our spots for the rest of the show.

Shortly after that, the lights dimmed as everyone settled into their spots. Masked artist Slow Magic took the stage as the first opener and brought undeniably chill beats and outstanding visuals, setting the stage for the rest of the evening. He captivated the audience with his colorful array and passionate drumming. As his set came to a close, the audience roared before the venue turned dark once again.

As the colorful array of lights absorbed the stage, Yung Bae followed up with a groovy set that had the whole crowd on their feet dancing as he played some of his well-loved tunes and surprised the audience with some new upcoming tracks as well. Finally, the lights dimmed one more time, and it was time for Madeon to take the stage for his coveted Good Faith Forever show.

The stage went blue as Madeon broke into his intro with a rendition of “All My Friends” mixed into “Pay No Mind.”

Faces in the crowd lit up as Madeon took the stage and sang along to every word. Bouncing around the stage, Madeon left his clear acrylic table and lit up the mic stand to join the crowd singing all the words with us. Singing songs from Good Faith and Adventure, he also teased the fans with a few unreleased tracks.

Madeon stopped at nothing with his interactive visuals, each song themed with a color of its own and well-thought-out imagery perfectly representative of the feeling each track he evokes. He elegantly blended songs from one to another as the visuals faded from scene to scene to further engross the audience and create an endless sense of euphoria.

The stage went black momentarily before the music began again as Madeon rose above the crowd in his glistening cape and a wide-brimmed hat.

The rig lifted Madeon to make it appear as if he was standing atop a mountain and the light shining brightly behind him in an ethereal manner. Then, the sounds of his collaboration with Porter Robinson, “Shelter,” began to swirl throughout the venue as he was lowered back to the stage, coming to the front to sing with the audience as he ended the night in his true theatrical fashion. He joined the audience to close out the show as we all watched the visuals fade out before thanking everyone who made it and running off stage.

Each Madeon show is a testament to his creative genius, and between his songs and visually appealing performance, he’s crafted something that’s effortlessly timeless. His theatrics during Good Faith Forever only further proved that he’s a one-of-a-kind artist, and we can’t wait to see what arrives in the future from him.