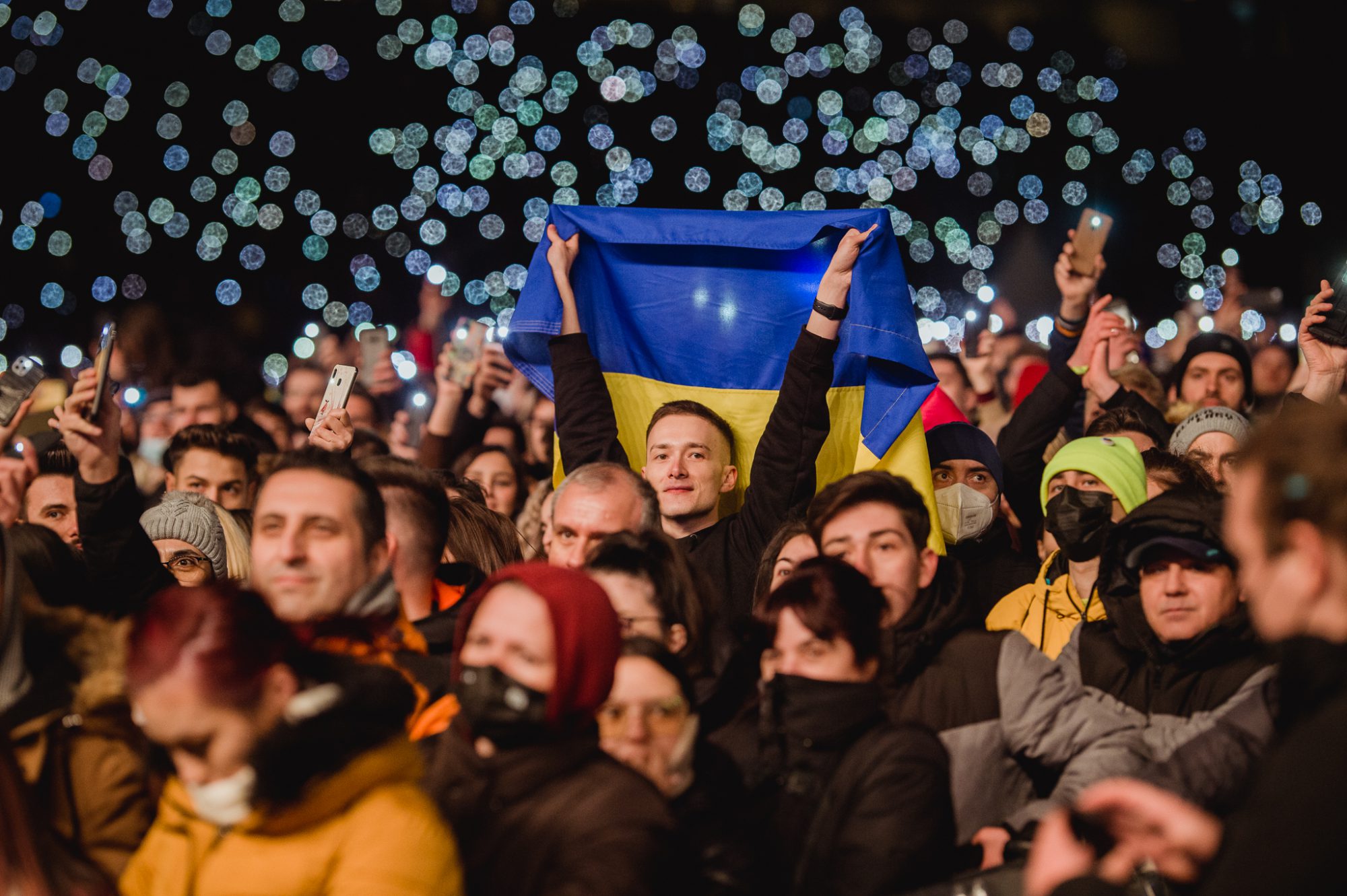 WE ARE ONE in Romania and ASOT 1000 in Poland raised €1 million for the Red Cross to benefit those affected by the conflict in Ukraine.

On Saturday, March 12, fundraising concerts brought music fans together in an effort to raise money for those affected by the humanitarian crisis in Ukraine. WE ARE ONE was held in Bucharest, Romania, while A State of Trance’s (ASOT) #danceforukraine was held in Kraków, Poland. Together both events brought in over €1 million, all of which will go toward supporting Red Cross charities in both countries.

The City of Bucharest, in partnership with SAGA Festival, PRO TV, and KISS FM put on WE ARE ONE. 50,000 people were in attendance at Bucharest’s National Arena, making it the largest benefit concert to be held in the country. Several local and international artists including Armin van Buuren, INNA, and Tom Odell took to the stage over the course of the eight-hour festival. Ukrainian artist Jamala performed as well after recently fleeing the country with her children. This was an especially moving moment.

Over seven million people worldwide watched the livestream and also donated to the Romanian Red Cross. Donations are still being accepted and can be made on the official campaign website.

That same day, 14,000 fans gathered at the Tauron Arena in Kraków for ASOT 1000’s #danceforukraine. Armin van Buuren took the stage again alongside trance titans including Ferry Corsten, Ruben de Ronde, Solarstone, and Vini Vici. Proceeds from ticket sales and donations made during the livestream will benefit the Polish Red Cross and the organization’s efforts to support Ukrainian refugees.

Thousands of people have already been displaced from Ukraine and continue to cross over the border into Poland. This number will, unfortunately, continue to grow as the fighting continues in Ukraine, and funds will go directly toward efforts to help these refugees. To learn more about the work they are doing and to donate, visit the Polish Red Cross website.