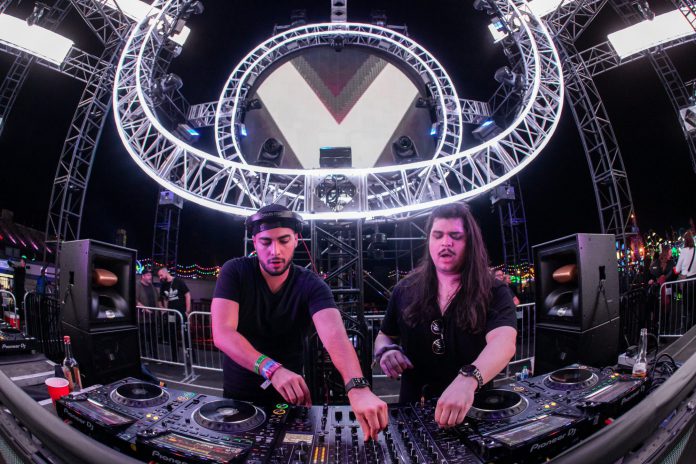 “Be kind, rewind” is the mantra that Black V Neck is championing with their latest two-track release on Insomniac Records.

One of the most exciting duos to grace the house music scene as of late is Black V Neck. They’ve consistently brought that Miami heat to speakers near and far since first emerging on the scene – and with releases on labels that range from Confession and Dirtybird to Sweat It Out and This Ain’t Bristol, it’s clear that tastemakers are taking notice. Now, the duo returns to Insomniac Records for the release of their latest two-tracker, Rewind It Back.

The release of Rewind It Back arrives after Black V Neck’s massive run in 2021 that included remixes of tracks like Claptone and Seal’s “Just A Ghost” and a flurry of singles “To The Floor” with Afrojack and “Si Tu Sabe” with Dipzy. This year has already seen the duo get everyone grooving with “Want It” that dropped early in January, and now their latest two tracks, “Rewind It Back” and “Procreate” are fueling the fire in the shoes of anyone who listens.

“Rewind It Back” begins with a quick vocal sample before quickly introducing the groove-laden bassline with stabs of that same vocal arriving to keep the energy up along the way. It’s an absolute floor-filler that will surely get bodies moving on any dancefloor. The second track, “Procreate,” is more futuristic with its alien-like blips and bleeps and robotic-sounding vocal that repeats the name of the track with ever so slight changes. Let Black V Neck take control of your body when this one plays out, you’re in safe hands with this house duo to guide your night.

Rewind It Back with Black V Neck by streaming their latest release on Spotify or your preferred platform, and stay tuned for more from this dynamic duo by following them on social media!

Stream Black V Neck – Rewind It Back EP on Spotify: 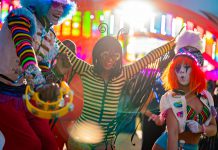 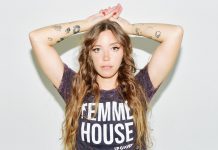 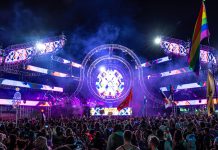