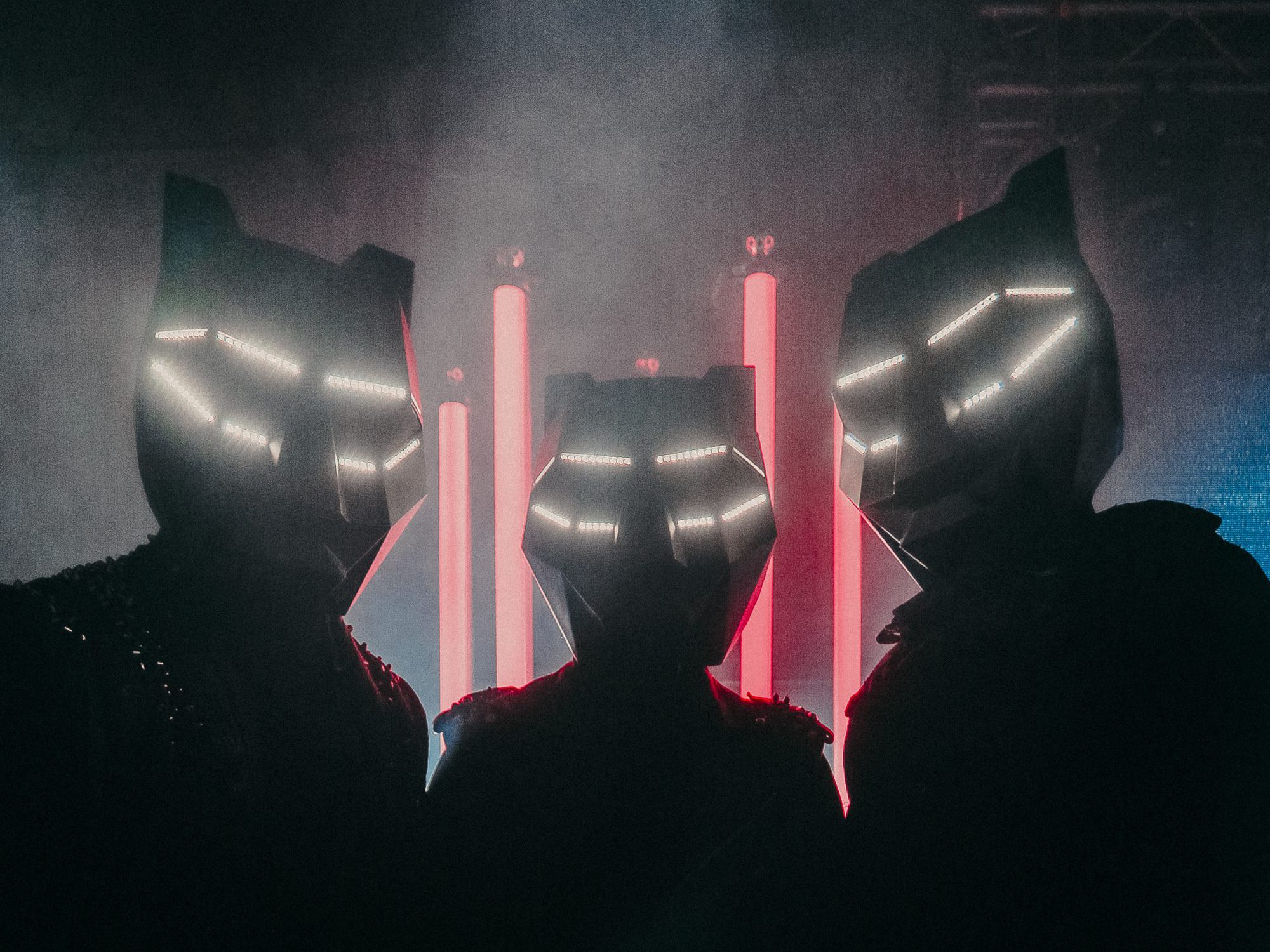 Black Tiger Sex Machine is back and better than ever with the futuristic soundscapes on their latest album, Once Upon A Time In Cyberworld.

One of the trios in the dance music scene that continues to blow away fans with each passing release and performance is Black Tiger Sex Machine. These Canadians have dominated the hearts, minds, and souls of many in the bass music scene with their stunning albums New Worlds and Futuristic Thriller, and now they’ve returned with their third album Once Upon A Time In Cyberworld.

Out now across all platforms via Kannibalen, Once Upon A Time In Cyberworld carries on with cyberpunk dystopian thematic elements and offers up surreal soundscapes for listeners to experience across its 12 tracks. Speaking about the album’s creation Black Tiger Sex Machine explained, “Whenever we do an album, it’s not simply a collection of our most recent songs. We always try to craft each piece as a part of the larger dystopian universe that we are building with not only the music but visuals as well.”

The trio accomplished that mission in style with some additional artists joining the ranks of the BTSM army, stating “We were blessed to get so many talented collaborators, more than ever before, to come into our world and enrich it with their stories and creativity.” In fact, all but one tune on Once Upon A Time In Cyberworld sees Black Tiger Sex Machine team up with another artist to create the magical chapters found within its runtime.

Tracks like “Front Man” with ATLiens, “Can’t Stop Me” with WODD, and “Deathstalker” with YOOKiE deliver plenty of heat that will energize listeners and have them letting it all out on the dancefloor. While these tunes are centered around bass vibes there’s plenty of diversity as well found within others such as “Utopia” with YMIR, “Sleepwalker” with Ryan Perdz, and “Wild Kids” with Youngr. These three offer up a touch of electro house into the mix to really get bodies moving to the beat while the final track, “The Devil’s Instrument” brings booming cinematic elements into play.

While each tune stands tall on its own, Once Upon A Time In Cyberworld is best listened to from start to finish to truly immerse yourself in the cyberpunk dystopian world that BTSM has created. And with performances at upcoming festivals such as Ubbi Dubbi, EDC Mexico, Ultra Miami, and Bonnaroo, you simply won’t want to miss your chance to catch to hear the sounds from this album live.

Listen to Once Upon A Time In Cyberworld on Spotify or your preferred platform, and stay tuned for more from BTSM in the future!

Stream Black Tiger Sex Machine – Once Upon A Time In Cyberworld on Spotify:

Black Tiger Sex Machine – Once Upon A Time In Cyberworld – Tracklist: