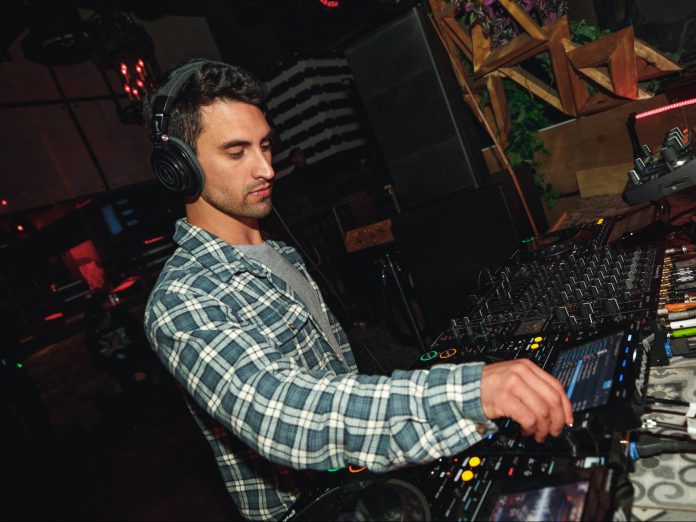 San Diego-based artist Dillon Marinez sat down to chat with us about his new EP, the local music scene, and how he got to where he is today.

Up and coming artist Dillon Marinez has been taking Dirtybird by storm with his hard-hitting tracks and adventurous rhythms. While his early days were spent playing bass in a reggae band, he went on to teach himself Abelton in college and his path was forever changed. Now, the San Diego native has taken his love of all music genres and created a unique sound that’s true to his roots as a DJ and producer in the dance music scene.

Since making that leap of faith from reggae to electronic music, Dillon Marinez gained attention from artists such as Claude VonStroke and Shiba San and has been on the rise ever since. Early releases on Dirtybird included “Give Me Something” in 2019 and “Feelin’ So Good” in 2020, but this year has seen him come into his own with “Dance For Me” and the No Pressure EP on the imprint. Additionally, he delivered the Get It EP on Basement Leak to further showcase his dynamic sound.

Now, with the year coming to a close and the greener pastures of 2022 on the horizon, we caught up with Dillon Marinez for a quality chat. He discusses everything from his earliest days in a band to his recent releases, so read on for the conversation and listen to his exclusive guest mix on SoundCloud!

Hi Dillon, thank you so much for taking the time to talk with us today. Let’s start off by diving into your roots. Who were some of your earliest musical influences and artists that you listened to growing up?

My early influences were a mixed bag. Growing up I was exposed to many different genres such as funk, classic rock, reggae, Hip Hop, and Jazz. Some of my favorites were Led Zeppelin, Sublime, and The Gap Band just to name a few. I was lucky to have people around me constantly showing me new music.

Prior to becoming a DJ, you played bass in a band called Simple Green. How did your time as part of that band help you grow as an artist? Was there a specific moment you decided to take a leap into the realm of DJing and producing house music or was it more of a natural evolution?

This was a crucial time for understanding composition and the importance of a solid rhythm section. We played reggae music which depended heavily on the bass and drums and I was able to take that knowledge and transfer it to creating house music. I decided to start producing when I left for college and found it difficult to start a project with others. I needed a creative outlet and when I picked up a copy of Ableton I was able to be my own one-man-band essentially. In terms of DJing, I didn’t start until this year. I have always been more interested in creating music, but it is an amazing feeling to see people react the same way as it was in a band.

The dance music scene in San Diego is currently thriving with tons of fresh artists carving out their space. What has your experience been like with the local community, and what do you feel makes it stand out compared to other regions of the country?

I’m still very new to the scene here, but it has been cool to meet people that do the same. For the longest time, I never had producer and DJ friends so it has been cool to meet people and connect on that same level. I think what makes San Diego special is that it’s not over the top in terms of competition like you would see in LA. So far from what I’ve been seeing, it’s been more about the music and the community which is what I love.

Moving on to your releases, we’ve totally been digging your new EP on Dirtybird, No Pressure. Can you give us some insight into the production process for these two tunes? What’s your typical flow like in the studio?

“No Pressure” came together really quickly because the lead synth, which creates the shock factor, carries the entire track. I also feel like the vocals have a light-hearted message of ‘no pressure’ and ‘let me see where your works at’ which I imagined would be like a quirky call to action on the dance floor, a literal command of getting people to move.

“Come On” was inspired by a lot of world music, where I wanted it to be a slow build with a lot of swing and drive. The vocal’s lyrics of ‘come on, baby come’ I thought was a perfect addition to the swelling lead that carries the listener in and out of a deep bassline.

I’ve always been hooked on the idea of shocking people. I strive for that reaction in my music. I like to imagine myself as an audience member and see which sounds or vocals would hit home the most. That being said, I’m looking for a striking lead, catchy vocal, solid bass foundation and the rest kinda flows.

This isn’t your first release on Dirtybird either, as you’ve dropped tracks like “Feelin’ So Good,” “Give Me Something,” and “Dance For Me” on the label over the past few years. What has the continued support from Dirtybird meant to you as a rising artist in the scene?

It feels amazing. You can tell there is new energy. Live music has always been a huge part of my life and to see people enjoying themselves together again is really amazing.

As an up-and-coming artist, aside from the pandemic, what has been the biggest challenge you’ve faced so far in your career? Have you overcome it or is it something you’re currently still working on?

The biggest challenge is avoiding burnout and not overcomplicating why I make music. I work full time and music has always been an escape for me, so not letting the pressure get to me has been tough, but I want to keep it as stress-free as possible.

Finally, as the final days of 2021 are on the horizon, what can we expect from you in the new year and beyond?

I’m planning on adding more tunes to my catalog and seeing where that goes. I’ve been really inspired by a lot of different genres (reggaeton, cumbia, etc.) so I’m excited to see how that transforms my sound. 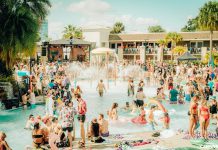 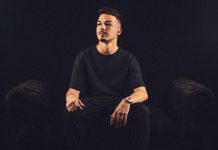 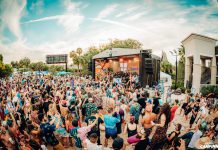