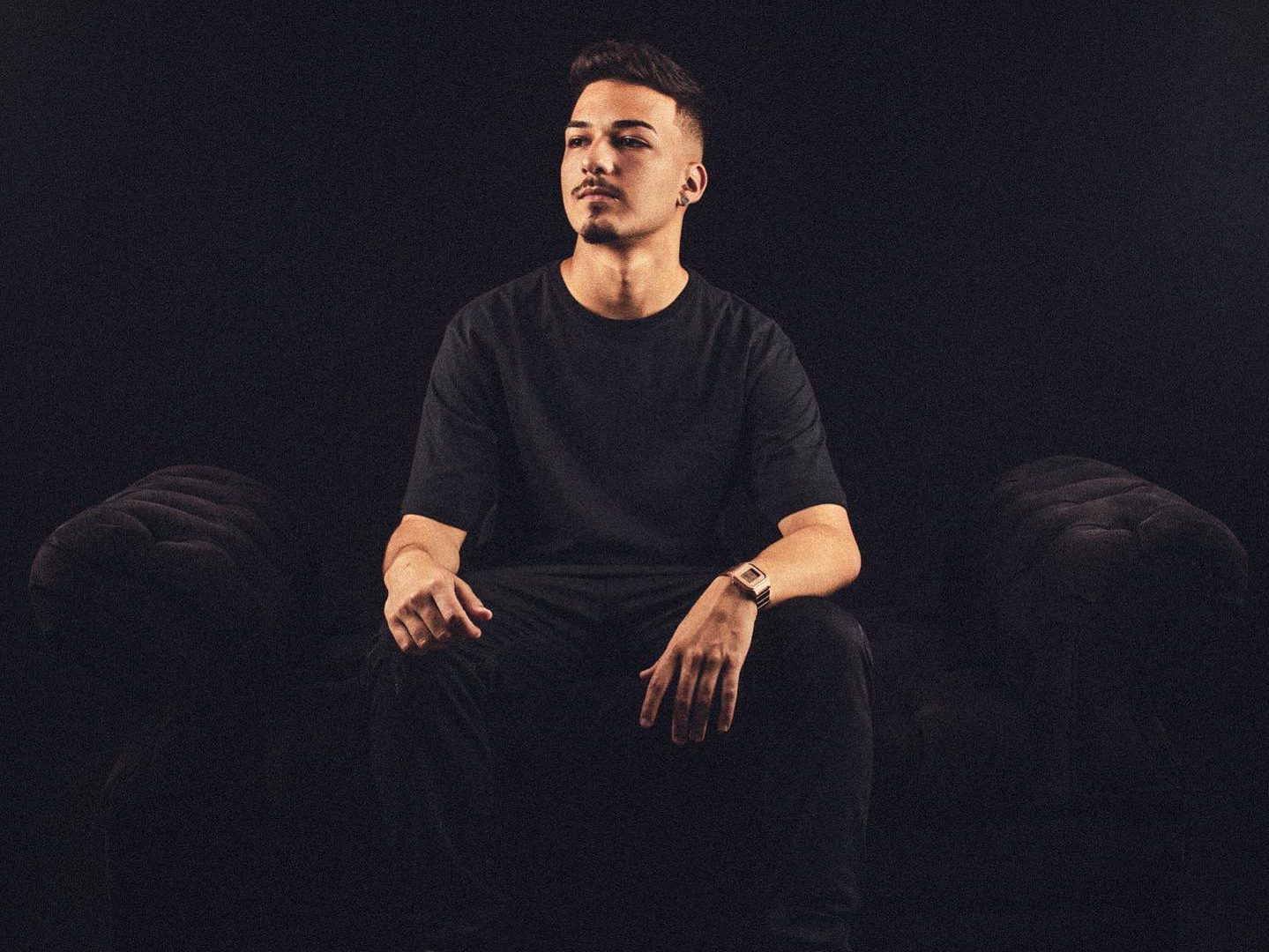 Cour T. dropped by to chat about his blossoming career with Dirtybird Records, the Brazilian music scene, and his goals for 2022!

Even though he’s the youngest artist to ever land on the Dirtybird roster, Cour T., has quickly proven that he can stand out and shine like a seasoned vet! There must be something special in the waters of South America because he is yet another genius talent to come out of Brazil, joining the ranks of Bruno Furlan, DJ Glen, Ciszak, and Danny Kolk. For his Dirtybird debut, Black Magic, Court T. unapologetically infected our brainwaves with its creepy psychedelic splendor, and just like that, fans fell hook, line, and sinker.

After his breakthrough moment written in the stars, he made his way over to the 2019 edition of Dirtybird Campout where he lit the silent disco on fire with his wild house beats. Of course, he would remain loyally dedicated to his studio work, cranking out EP gems like Drum Machine, Dope Farm, Monalisa, all the way up to the recently released Confined. Now, as a tried and true member of the flock, Cour T. has smashed through milestone after milestone, hosting The Brasil Show on DirtybirdTV throughout the pandemic and landing on the coveted Birdhouse stage at this year’s Campout extravaganza.

With the world at his fingertips and adoring fans lining up to lift him up, we can’t wait to see where life takes this brilliant beat maker next. So, as we hang onto the edge of our seats for more Cour T. tunes to hit the airwaves, let’s get to know more about the man behind the music. Press play on his exclusive guest mix below and continue on for our chat.

Hello Cour T., thank you so much for taking time out to chat with us. Let’s get started with the story of how you became a DJ/producer. What inspired you to follow this path and what were some of the biggest challenges you had to face before landing on Dirtybird?

Thank you for giving me the opportunity to have this chat with you guys, thank you so much! Since I was a child, I’ve always liked to create and invent things; I was influenced by my brother. I found myself when I learned about electronic music, discovering an outlet that allowed me to create without limits and led me to take my first course at Yellow DJ Academy, in my hometown Curitiba. At first, it was more like a hobby; but then things took different proportions and I ended up falling in love with the music universe.

Taking a look at your discography, if you were to pick three tracks that would paint a complete picture of your musical personality, which ones would you choose and why?

I’m curious to hear your thoughts on the music scene in Brazil in comparison to the states. What are some of the major differences and similarities, and can you talk about some of your favorite Brazilian venues or festivals that we should check out?

As incredible as it seems, the recognition of my work came first in North America and then in Brazil. On my 2021 tour, I was able to feel this as well; I felt welcomed by the public and the fans in the United States. I think the dance floors in both countries are great, however, in the United States people are more open to different things. That is great for us, because we are always looking to bring new things, and test new things. In Brazil, I still feel a limitation when it comes to this matter. The public/audience already goes to the parties and events expecting a certain type of music from all the artists. Therefore, this scenario ends up limiting most of the artists a little, in my opinion.

When it comes to the market, I admire North America for the fact that any sound that claims authenticity works, at least within electronic music. You get on to big labels and big festivals because you deserve to be there, and you do a good job, not because of the network and/or something else. Unfortunately, in Brazil, networking is often valued over music. The numbers speak louder, the contacts speak louder, and this is extremely toxic. This is a small criticism of our scene and I hope it improves with time and the scene matures in this regard.

Here in Brazil, we have nightclubs and venues such as Park Art, Warung, and El Fortin. We also have big festivals like TribalTech Xxxperience and Playground. I’m very happy to have had bookings at some of these clubs and festivals lately.

You debuted on Dirtybird back in 2019 and within a year, the pandemic brought everything to a screeching halt. As an up and comer, what did you have to do to stay afloat professionally and can you chat about how The Brasil Show livestream came to fruition?

Without a doubt, The Brasil Show was the most important thing for me during a pandemic. Claude invited me and I didn’t hesitate to accept the invitation. Without the gigs, we had nowhere to test the songs out, and with that, no inspiration to create new things. The livestream show at Twitch TV was very productive throughout the pandemic. It kept me mentally healthy to continue doing what I love.

Can you go even further in-depth about your experience with the Dirtybird brand? Paint us a picture of your journey and include your biggest mentors and some of the lessons you’ve learned along the way.

My first contact with electronic music came from my oldest brother. Coincidentally, Claude’s “Make a Cake” from the Barrump EP was one of the first of “Claude’s children” I listened to, and I was fascinated with that. From the age of 13 to 14, I was already starting to produce and make music.

At 16, I signed my first EP on Dirtybird. It was surreal! I barely knew how to finish a track or send demos to a label. I sent Black Magic without any pretense or expectation. Four months later, the label’s A&R replied wanting to sign the track, and it turned out to be considered by Claude himself as one of his favorite tracks in 2019.

Since that first launch on the label, I’ve learned to believe more in my artistic potential. The freedom that I have with the brand is awesome. I’m grateful to be part of the Dirtybird family, being amongst my biggest idols. I think that is the best part of it all.

Things are finally getting back to normal and after what seemed like an eternity without live events you were able to get back and perform at this year’s Dirtybird Campout! How was the vibe? Any fun stories you can share?

It was a dream come true – an honor representing Brazil, a surreal vibe! The recognition of the audience off stage was something that surprised me. Many people came up to me wanting to talk and take pictures. I was happy about it all. I ran into friends that I hadn’t seen since 2019, we had a good laugh and enjoyed the festival a lot. I hope to be back soon.

Staying on topic, DJ life can be intense when it comes to the travel schedule. Do you have any crazy stories you can share with us about life on the road and how do you stay focused and healthy when temptation is all around?

During my 2021 USA Tour, going from Salt Lake to Las Vegas, our flight was delayed by 4 hours. We didn’t know if we would make it and arrive on time for the show. There was a sandstorm going on in Vegas, and that was the reason for all the trouble and delay with our flights. Anyway, we took off and when it was time to land, it was scary – a totally closed sky, a lot of wind, and turbulence. I think it was one of the scariest days of my life, but in the end, it all worked out.

To stay healthy, I always think that I need to be well mentally and physically in order to show my art with excellence. That mindset always keeps me focused. I follow a good diet and avoid going to the afters – that is a good tip, LOL.

When looking to the future, what are some of your major goals for 2022? Any specific labels you would love to release on, festivals you’d like to book, or dream collaborations that you’d like to make happen?

I have some “bombs” saved for 2022. I plan to use them to the best of their ability on whatever label they will land on. I want to expand my work elsewhere, but that will come naturally over time, so, I avoid having those worries.

I really want to do an expressive tour next year. I was supposed to perform at the Movement Festival in Detroit, back in 2020, but that was canceled due to the pandemic. I hope that it happens in 2022. Being a part of it again would be a great achievement. In addition, I’d like to collab with some of my big idols. Perhaps Claude Vonstroke, Ardalan, or Wyat Marshall… do you think it could be a good match?

Thank you very much to everyone who has followed me this far! Hugs from Brazil!